Fall has been teasing us with cooler temperatures, but I'm not convinced it's here to stay. The past week, however, has been chilly, wet, windy, and a bit lethargy-inducing. I've also been fighting off a cold/sinus infection/possible allergies, so I haven't felt much like doing anything. However, with a proper cup of tea, some crafting supplies, and a pot of gravy and meatballs simmering away with that amaaaaazing aroma filling the air (seriously--Yankee should sign a contract with my mother to get that scent into a candle), I felt a little like pottering around at the kitchen table. 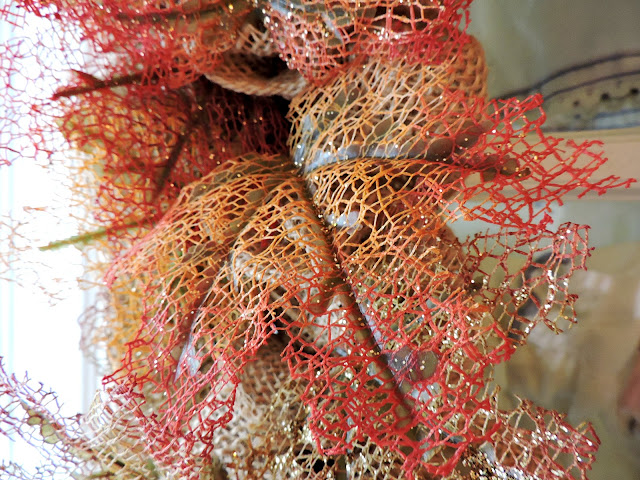 A few weeks ago my mom came home from the dollar store with these stiff but gauzy leaves that had a little bit of sparkle on them just because she felt like we could use them for something. I've been wanting to make a burlap wreath for a while so I bought a wreath form (like this one) and a roll of jute/burlap ribbon (like this), found some pipe cleaners, and set to. After what was waaaaay longer than the ten minutes this video said it should take, I had a cute fall wreath for the back door. I also had very sore fingers, glitter everywhere, and a full swear jar. 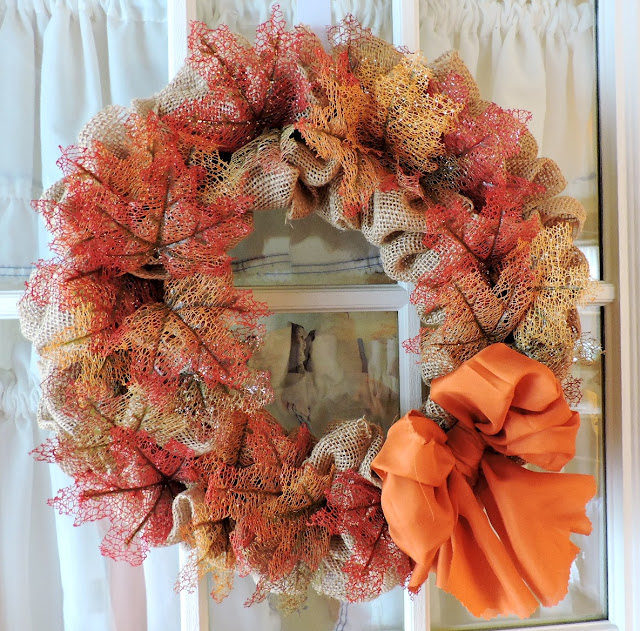 I bought a ten yard roll of burlap, and had just enough for this wreath. Like that perfect amount that rarely happens kind of enough. I used pipe cleaners (cut into three) to secure it better ever few inches, and took care to fluff it and arrange it how I liked (which is probably what took so long). 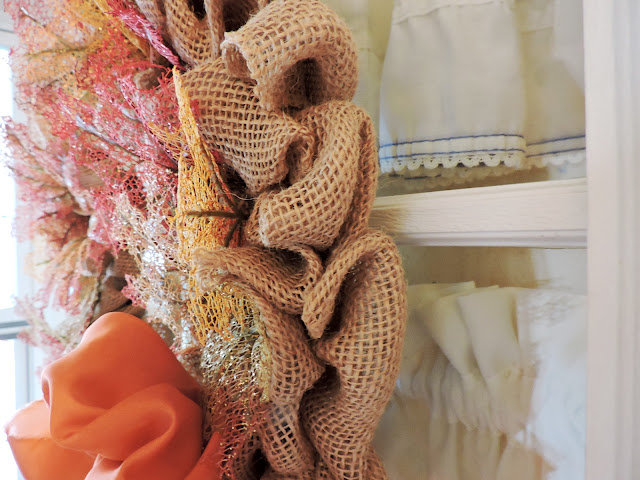 The bow is actually a piece of silk (not the expensive stuff, but the stuff I think might be polyester masquerading as silk even though the website says silk) that I had bought for another project but never used. It's not something I would use for anything (and there wasn't much of it anyway) so I tied it on here and trimmed it, and it worked a charm. 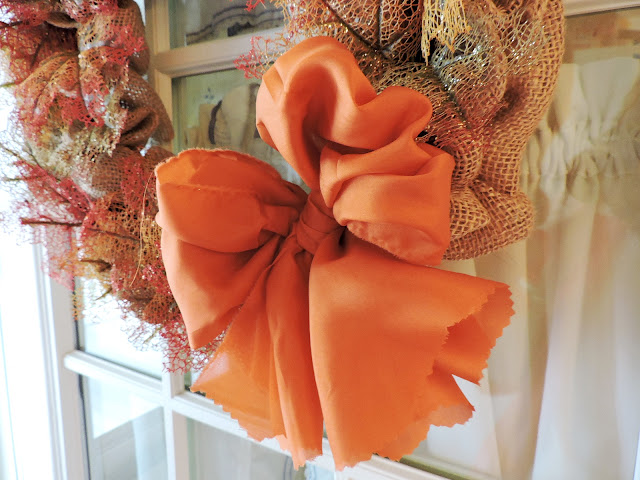 I didn't plan anything, so getting the leaves on was a bit of a hack job. I am very against hot glue as I usually burn myself with it and inhale glue strings, so I took the stems and pushed them under the wire of the frame. It was pretty tight with the burlap in there, so I'm confident it will hold. The burlap ploofs right back into place to conceal it all. 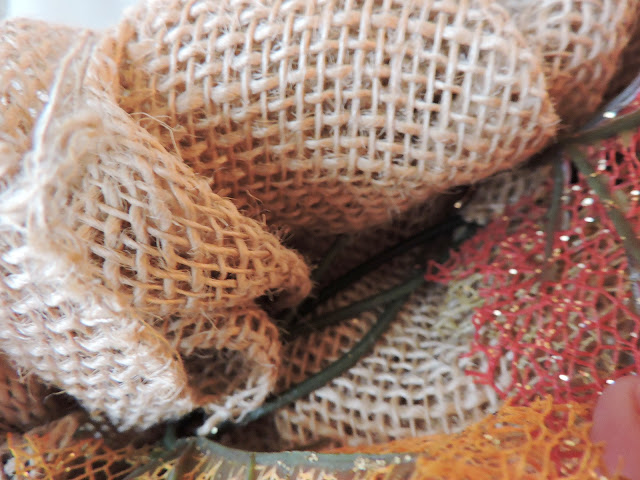 So that's it. I feel like I haven't made anything for a long while, but I always start to feel very inspired when the cooler weather descends so we'll see. I'm off to try and finish a pair of socks that just do not want to exist.
From the convoluted brain of Bethany at 8:22 PM