Welcome to the world!

Did you ever watch Extreme Makeover Home Edition wherein the loud host guy locks himself in a room for the week and builds some elaborate shelving unit as his "special project?"  That's how I feel like this weekend was for me, but without being locked away and by creating something more interesting than a shelving unit.

Lately I've been making custom order bags for other people, so it's been a lot of the same few patterns.  I needed to make something different for sanity's sake, so this weekend I decided was the time for me to design something original.  I gathered some rulers and a protractor (ok, I actually had to go buy the protractor), some big sheets of paper, flipped on USA Network for the Friday night NCIS marathon, and set to work.  I had angles, curves, all kinds of things happening.  And when I was done I had the pieces of my first original pattern. 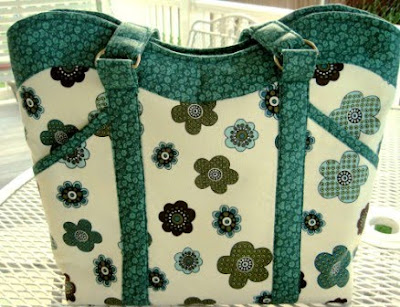 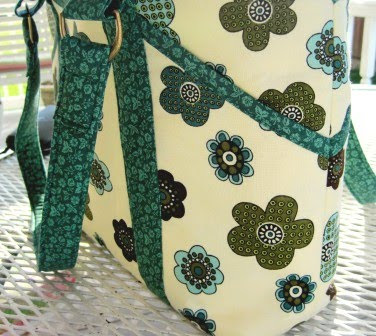 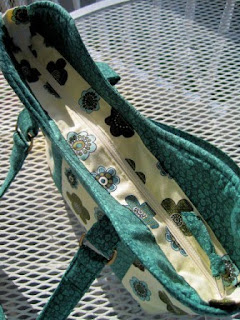 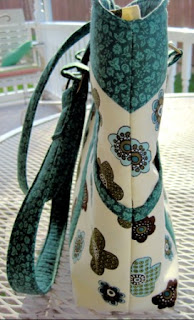 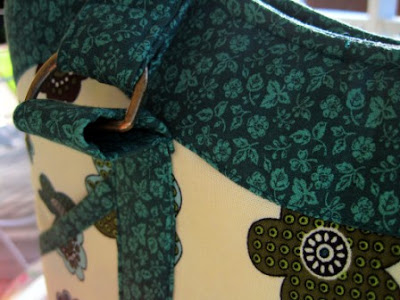 Someone's been practicing her picture editing skills...
The hardest part to get just right on the pattern and when sewing it together was that curvy band at the top.  And it wasn't even super-difficult.  A year ago I might have had nightmares over it but not today!  I love the colors of the fabrics; fun, but subtle enough for every-day use.  My mom went fabric shopping with me one night and she picked these out.  I had bought the antique brass d-rings some time ago and haven't had a need for them until this.  They seem to really belong to the bag.  The only thing that I'm not entirely crazy about is the zipper (not the one on the inside--I can do those in my sleep now).  It went in fine, looks ok, but I'm slightly off on a measurement so it feels a little bit jammed in there.  Doesn't really affect the bag in any way, but it's just enough to irk me a little, especially because the rest came out so nice.  If the rest looked like rot I wouldn't mind so much, lol.  But if the rest of the bag looked bad the zipper would be perfect--that's my luck.  The construction of the bag itself was pretty simple--the devil was in the details--but I now have a bit more confidence to try and design another original.  When I told my nephew that this was the only bag in the world like it he said "You should keep it then.  When there's only one thing in the world it's usually worth a lot of money."  I wish I had this kid's insight when I was eight.
And lest you think I worked in a cave all weekend--here's some proof that I did indeed go outside: 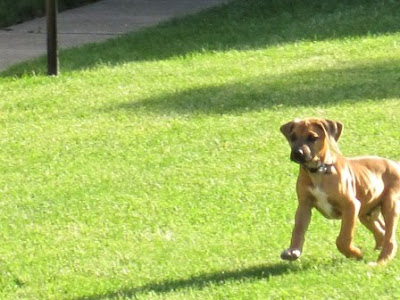 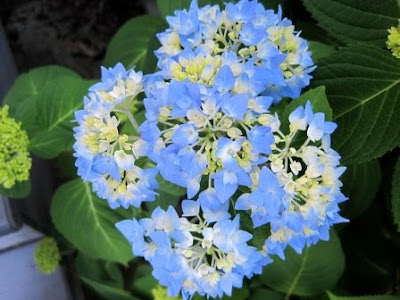 The first hydrangea bloom--we've been waiting for you!
From the convoluted brain of Bethany at 11:14 PM