I spent my Friday lunch break last week at the Barnes and Noble near work. I get jealous of the people who get to work in such a cozy, wonderful place, surrounded by the aroma of books and cappuccino. It's a place I could linger and not spend a dime, but let's be real--my wallet never gets out alive. This trip I was looking at the craft magazines. I had my mitts on a few and was trying to decide if I wanted knitting, quilting, or sewing. The cover of the sewing mag won out: This is one of those lovely UK publications that gives you stuff with the magazine--this one had some cute fabric, some felt, ribbons and buttons, and a large pattern sheet.
I checked out the other magazines that were packaged similarly and they're all from the UK. This (the free stuff--well...not entirely free...this wasn't cheap) made them infinitely more appealing to me. This one had projects in it that I can see myself making. A lot of the time I think "Hey, that's cute" and that's that. This one has stuff I want to make--a LOT of stuff--the hard part is deciding where to start. Check out some of the yum: 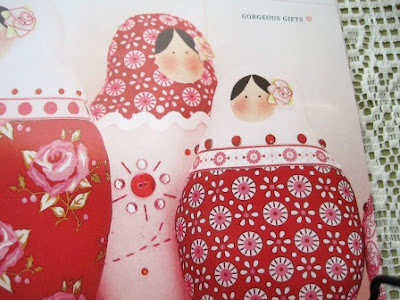 This is what did it for me--I adore these dolls that are all over right now. And they're red! 'Nuff said. 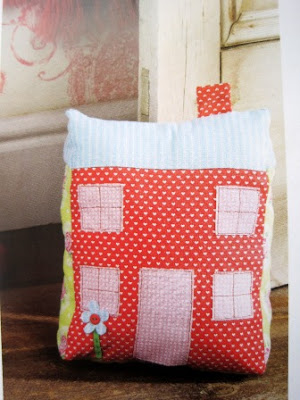 This cute little door-stop might need to be in my life. But I don't know why. I don't have a door that needs stopping--they pretty much stay put. I do see door-stops a lot on the UK blogs I follow, so maybe it's a regional thing. But it's too cute not to make. 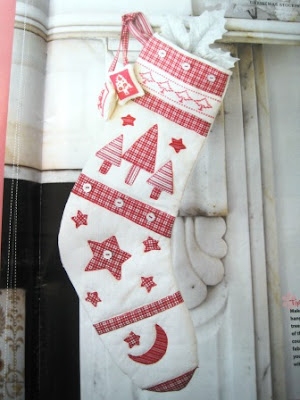 I am having a love-fest lately with the red and white Nordic (?) inspired stuff I'm seeing, and this stocking is no exception. I just adore the clean simplicity of it (again with the red--'tis me favorite color). 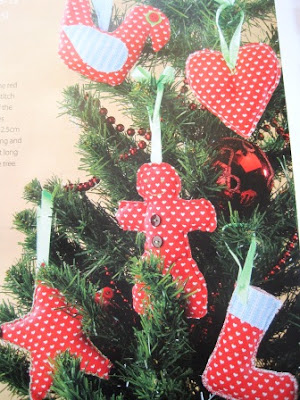 How homespun and cozy? Seriously! I have plenty of red and white polka dot fabric to make more of these than anyone would ever need (but maybe not as many as they'd want). 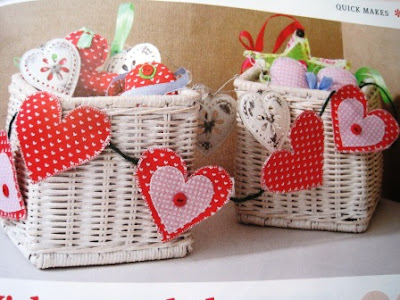 This one is just cute. But it makes me think of Valentine's crafting. We can't have that yet--I'm still doing Christmas! 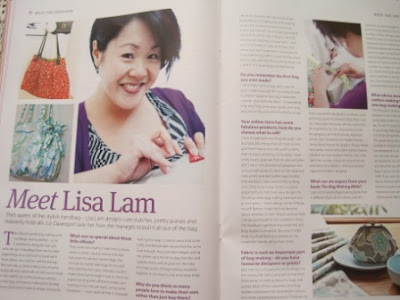 This issue also has an interview with Lisa Lam, founder of u-handbag and author of 'The Bag Making Bible.' One of the patterns from her book, as well as some other tasty tips, are included, along with the pattern piece necessary.

Even though this cost more than what I would spend on a book, much less a magazine, I think it's a better value as I'm actually going to sew what's in it. This is only the second issue--I'd love to get the first but I haven't been able to find it (except on eBay at a nice little markup). Anyhoodle, I'll share once I make something.
Toodles!
From the convoluted brain of Bethany at 12:04 PM