Thanksgiving is just around the corner (as though you don't know already...unless you're not in the US and don't know, in which case it's in a few weeks...on a Thursday. I don't know the exact date. I never do). It's the start of the holiday season, yet it's a holiday that doesn't receive much fanfare as far store merchandising goes--if you haven't bought your turkey-themed decor by Halloween you're out of luck. I'll admit--Thanksgiving does not rank as one of my favorite holidays, but I felt that I should make SOMEthing for it so it didn't feel ignored. I was also in the mood for some easy hand-sewing (a very rare occurrence), so I came up with a cute banner made of stuffed felt letters. 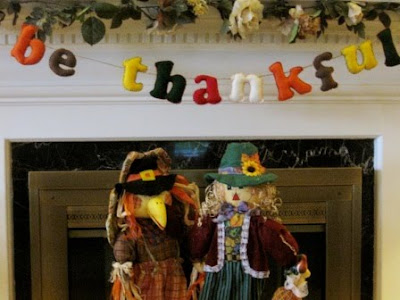 This is a great project for when you're sitting in front of the tube thinking that you should be more productive. Or making with your kids--I remember making shapes out of felt and sewing them together and stuffing them with cotton balls--they had that adorable homemade look that things like that have when they're made by kids who have never used a needle and thread before. At least that's what I tell myself. ANYway...

Here's what you'll need (aside from the phrase you want to stitch):

~ Felt (I used the cheap stuff and just picked colors I thought looked nice and fallish together)
~ Embroidery floss (you can use thread, but I wanted the stitching to be in your face)
~ Fiber fill
~ Twine, string, fishing line, or something to string the letters on.
~ Printed letters in a font and size you like (I used Cooper in 425--I thought it gave a good shape)
~ Scissors and a needle

First you'll want to print out and cut all your letters. Here's a picture just because: 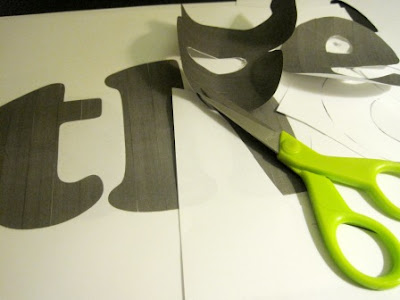 Decide on how you want your colors to be arranged: 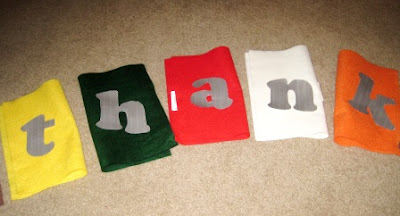 Trace your letters onto the felt (I used a disappearing marker but it didn't disappear). You need 2 of each letter, so I just put the inky one on the bottom when I went to stitch. 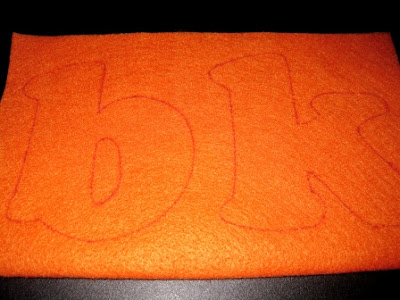 I was able to get 2 letters in duplicate out of each piece of felt, but depending on your letter size it may be more or less. Then cut out your letters. 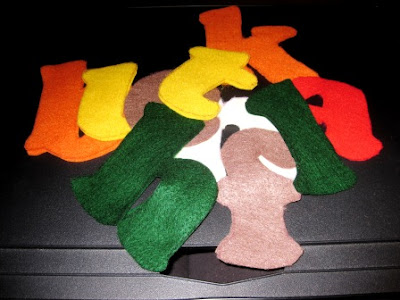 Next you are going to do a blanket stitch on all the letters. I haven't done that since 8th grade Home Ec, so I used this tutorial to get going. I made my stitches a little shorter than 1/4 inch. For the letters that have a hole inside you are going to want to do that part first and then do the edge of the letter. Stuff as you go. 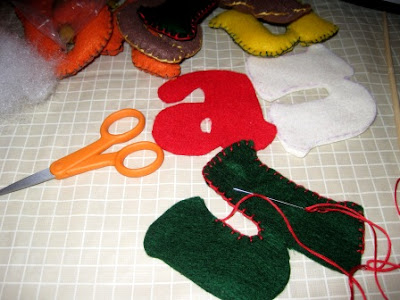 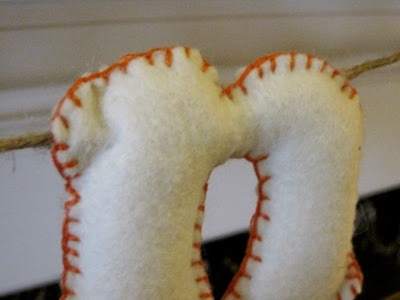 Hang it up, arrange your letters how you like (they'll slide along the twine),  and do what it says. I'm thankful I only have one letter with wonky stitching.

Have a good week folks!

OH!! Have you entered my giveaway? You have until November 11th--click here for the details!