So I had a day that was slightly less than fun. Something I can't even imagine experiencing happened to a co-worker of mine. It was on my mind all day, and as each new detail came about it just made my heart feel heavier. There was a point where I thought I was going to start crying at my desk. I came home and logged on, expecting to see the usual coupons and spam medicine ads in my email. Oh, they were there all right, but then I saw a note from Helen, aka Serendipity Child. She had sent me word, on a day that I needed it, that she was awarding me this: 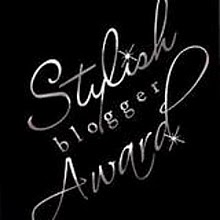 This award does not come without its duties. I must:
1. Thank and link back to the person who gave me this award.
2. Share 7 things about yourself.
3. Award 15 bloggers.
4. Contact these bloggers and tell them about the award.

1. My blog name--interestingly, I just (literally--JUST) got an email from someone asking how I came up with my blog name. I realized I had never shared where I came up with it, so here's the story:  When my nephew was born we were sitting around joking about what he would call me because it was proving impossible for all the kids in the family to say my name. They said I was going to be Aunt Bea--I rebelled against this because I kept thinking of Andy Griffith. Finally I told them that I would accept it as long as it was understood that it was b-e-e, not b-e-a. I could settle for being called something akin to an insect (?) that gets to roll around inside flowers all day. When I was trying to come up with a name for my blog I wanted to use Bee. As it happened, I was watching "It's Always Sunny in Philadelphia." One of the characters is Dee, and they call her Sweet Dee. So I kind of fused the two. Sweet Bee was already taken (by a blog that isn't even posted to, much to my annoyance) so I had to come up with something else, so I threw in the 'Buzzings.'

2. My favorite candy is the conversation heart. I've seen a ton of Valentine crafts using them, and all I can think of is what a waste of perfectly good hearts... On a side note, my favorite brand is Necco. This year, for the first time ever I can only find Brach's and Sweethearts. All 3 brands are very distinctly flavored, and Necco is the most superior, in my opinion. Their absence isn't thrilling me.

3. I love to read. I used to devour books, but then I got into crafting, so now I only sip at them. I do most of my reading just before bed. I've been seeing a lot of crafts where books are cut up and folded and glued into charming things. While they're adorable and pretty clever, I can never see myself destroying a book to create a decoration. I use my books as they are as decorative items--is there anything more charming and inviting than a stack of books just waiting to be explored?

4. I am single (although you probably gathered that). Other people seem to have more of a problem with it than I do, as if it's some unnatural state of being. I have fun in my world of all me-all the time. I get to do what I want, when I want. There are certain drawbacks (like when you need a wedding date) but for the most part I am perfectly happy. I'm probably overly picky, but the general consensus seems to be that the caliber of guy is not what it used to be.

5. I curse a lot. I try hard not to, but I can't help it, it's such a terrible habit. I try to vanquish it every year for Lent, but then I get in my car and game over. More curses have been uttered in my car than in any...place where you'd expect lots of cursing. I won't curse in print, though. It's like I really said it if I put it in a permanent state, whereas if I utter it it's gone.

6. I regret not asking more of my grandparents when they were alive. I can't imagine what I'd be able to do now if I had shown the slightest bit of interest in sewing when I was younger (my maternal grandmother was a seamstress and went to school for it). I realized late (but still in time) that I wanted to learn certain things, and my paternal grandmother has taught me most of them. The stories I could have heard, the lessons I could have learned...gone. There are many pictures and word-of-mouth stories around, but the treasures I could have collected will never be. This is probably why I'm constantly telling my nephew about how things were when we were kids.

7. OK. I'm going to admit something to you that you may consider odd, but you guys are so lovely and leave me such delightfully warm comments that I'd like to share. I live at home (I always thought that was a funny way to say it--where else would you live but at home?--I guess I should say I never moved out). It's fairly embarrassing as society tells you that you should be out by a certain age. But I don't know that I could live easily with a roommate, and I don't think I could live totally alone (I'd be the neurotic one sitting on the couch all night with a baseball bat, ready to swing at the slightest noise). And, hard as it can be to believe, I like my family, lol. I have instant opinions for anything I create or want to create, there's always someone to talk to, there's always food, lol, and my dad kills the big scary bugs. I'm not sure if it's a weird thing to feel weird about or if it's actually weird to still be home, but I wanted to share.

Sheesh, that ended up being wordy. And now I need fifteen blogs to award.

Seriously--I could keep going. I purposely didn't choose the superblogs, though. You know the ones--they have 150 million followers and certainly don't need another mention. I chose smaller, cozy blogs, the ones where you really get a feel for the person behind the monitor. I hope you find a few that you enjoy as much as I do. And if you hate blog awards, you can just ignore me :)


OK, now I have to go send fifteen emails. Later, taters!
From the convoluted brain of Bethany at 11:33 PM