A couple of years ago (pre-blog) I decided to make a quilt. It was right before I got into hard-core bag-making. I had seen the directions for a string quilt on about.com's quilting page. I had a ton of scraps that I thought would be great--and even now when I look at the quilt I think "curtains, skirt, bag lining, curtains, curtains, change purse" as I think of the larger projects the scraps came from. I never took pictures of this when I made it, but when I stumbled across it today I thought I'd share it with you. It's definitely a first quilt: terribly snipped threads, crooked lines, weird tension, not big enough for a bed but too big for a throw quilt--all the things that you don't know you're supposed to be careful about when you're first learning something. But all of the colors make me happy, so that's good enough for me. 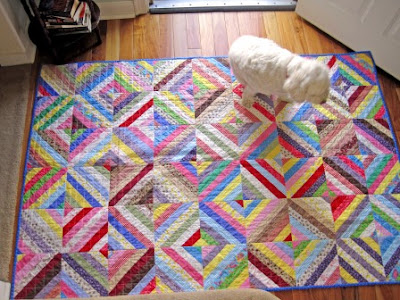 Charlie could care less about whatever you're doing most of the time, but today he decided he was feeling like being in a photo shoot. 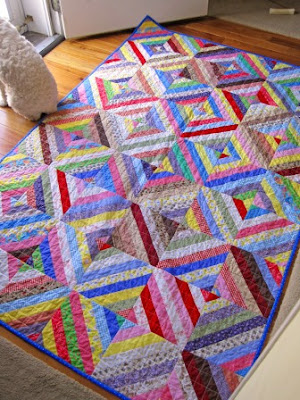 He would sit at the front door all day if you let him. 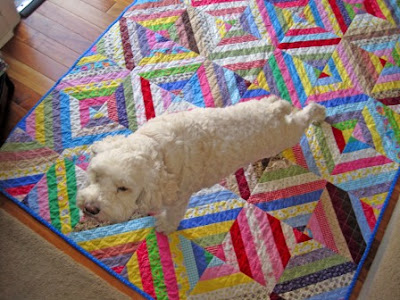 Here he is finishing his upward-dog pose. He does a wicked downward dog too but I didn't have the camera ready when he decided to have a little yoga practice. 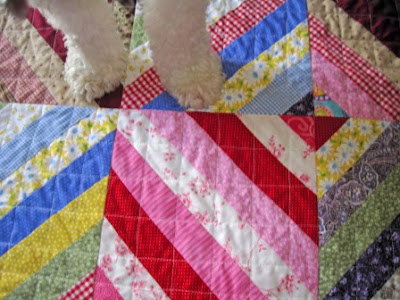 This one is my favorite block--and kind of Valentine-y. I thought I could sneak a shot without him but nope. He was actually sniffing my forehead while I was taking this. 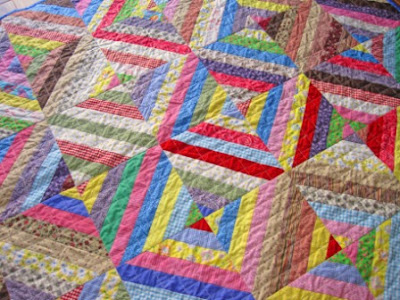 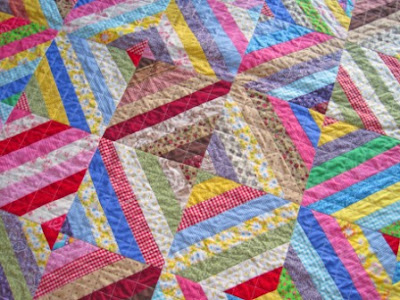 There are some blocks and fabrics that wouldn't normally go but in this instance there is so much going on that they all just blend in together. I was determined to empty the bag of scraps. 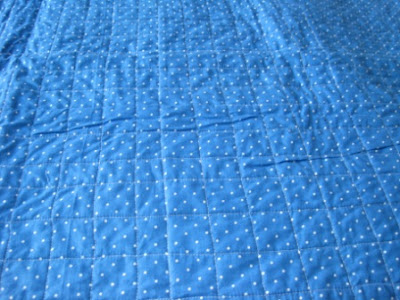 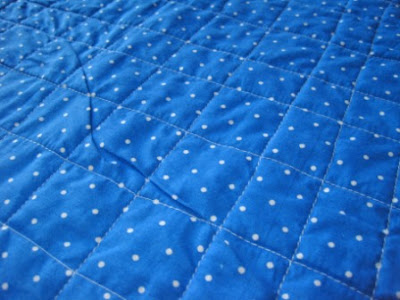 Those are all supposed to be squares but my seam guide thingee kept moving.

The back is pretty wonky. I thought you just sewed and ended up with a quilt. I didn't know you were supposed to keep an eye on the back that you weren't sewing big wrinkles into it and other things. When I showed this to my grandma, I said "The back isn't that great. There's a lot of mistakes." And she said "Honey, we don't tell people those sorts of things." Which made me laugh--taboo quilt topics, haha. I did a fake binding--I cut the backing an inch larger and trimmed the batting to the quilt top size, and then folded the backing to the front and sewed. It worked well enough but I would probably do a proper binding now.

This quilt is super heavy. For a string quilt you're supposed to sew strip after strip to a base square and then sew those squares together. I decided to use this thin fleecy-felty stuff instead of batting. I had no idea how heavy it would make this quilt. And it's a little stiff because of all the layers involved. But I love it. It was my first real quilt. I had made a few table runners, and each improved over the last--but I hand quilted those so it was much easier to keep things straight. 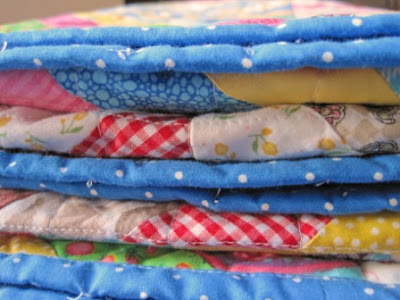 I'm going to leave the untrimmed threads just as they are. It's nice to have something to look at that you can compare to something new you've made to see how far you've progressed with something.

From the convoluted brain of Bethany at 4:35 PM