MONTHS ago (see here) I bought myself an AccuQuilt Go Baby fabric cutter. And MONTHS ago I used it to cut out a gazillion and seven tumbler blocks from fabrics in my scrap box. And because I either have no time (or plenty of time, depending on the day of the week, how much coffee I've had, and how my workday goes) these have been sitting in a pretty, scrappy pile, waiting for me to hop to.

A few weeks ago my mother reminded me about it, and I felt terrible that it had been sitting for so long. My mother never asks for anything more than a cup of tea, so I always feel particularly bad when I lag behind on the few things she asks me to make. So I made that priority number one and sewed it up. I put it together in an evening, and quilted and bound it in another. So here she is, in all her springy, scrappy, tumblery glory. 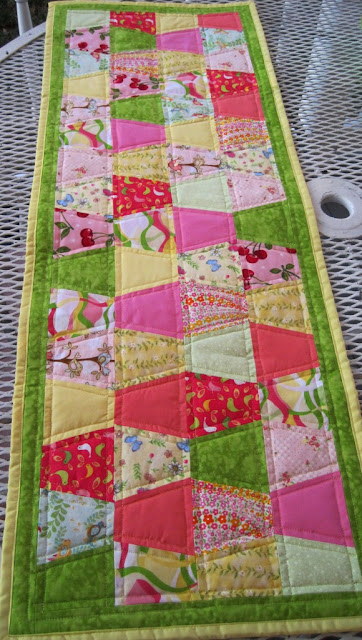 I went with total random placement, which worked in some areas and not so great in others. The tumbler shapes make it look a bit more complicated, but the cutter made it simple. I fought the urge to include every single color of the rainbow in all their hues and stuck to pinks and yellow and greens. And birds and flowers. All lovely spring-timey things. 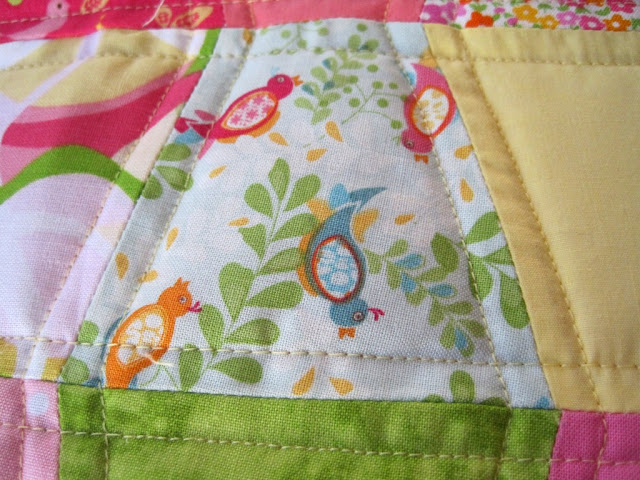 I love looking at quilts and thinking of the things the fabrics have been part of - change purse, sunglasses case, bag lining, bought a fat quarter and never used it.... 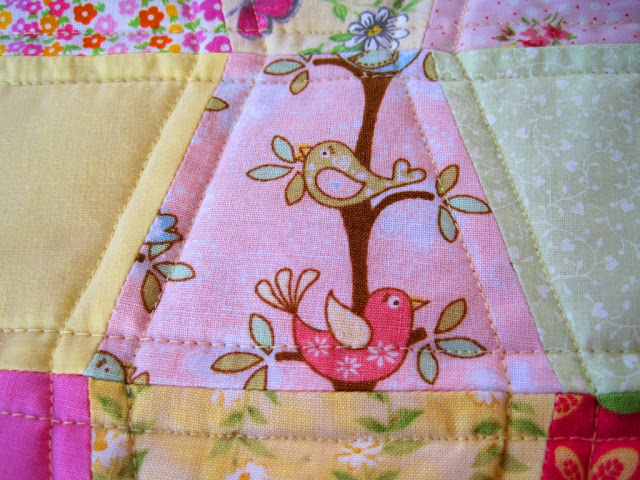 I made a little girl's sundress out of this print last year - I didn't have much left but I had to keep it I adored it so. I'm glad it fit in with the scheme of this project. 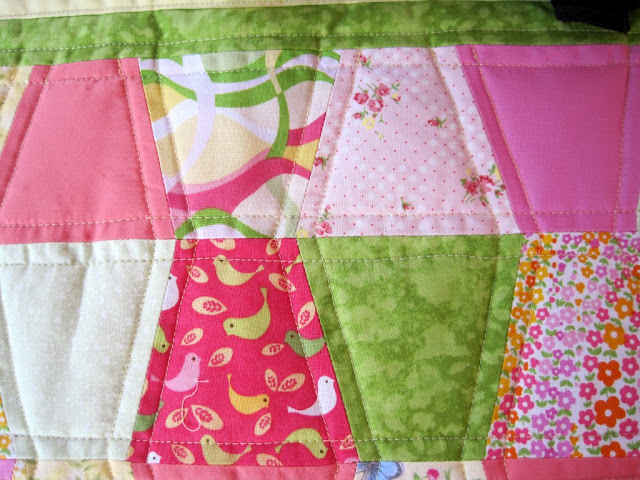 I don't know why but those little birds up there on the pinky-red background are one of my favorite fabrics ever. There's nothing exceptional about the print, but there's something about it, just the same. As is that very pale pink floral. I used it in a diaper bag a looooong time ago and have been using the scraps very discriminately since then.

I quilted this one quite simply, following the seam lines about a quarter inch on each side. My walking foot decided to act up again. It's walking, but it might be drunk. Every time I crossed a seam the part of the foot that moves forward and back would get stuck back. The stitch length varies in certain sections where it was getting stuck before I realized what was going on. My fix? Every time I crossed over a seam, I would stop, tug that part forward, and keep going until it happened again a few inches later. It wasn't fun and my fingers were sore, but it led to a more satisfactory project than the alternative. I don't know why I have such lazy walking feet.... I love quilting like this (following the seam, not with an ornery foot) because the back of the quilt ends up looking just as nifty as the front. 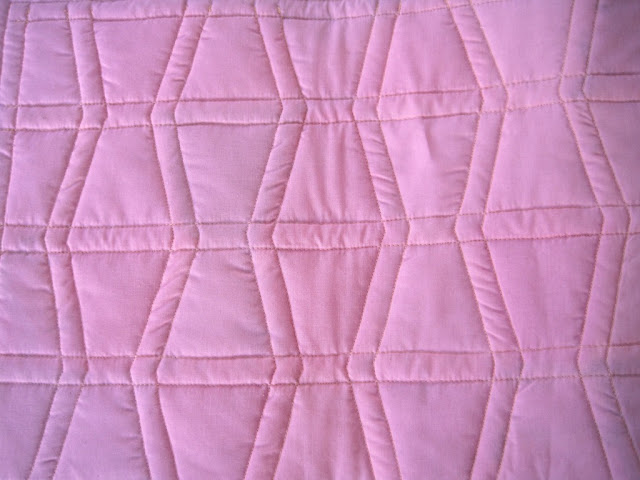 Since it's not reversible I went with a plain pink I had sitting around (that photographs like it's lavender but I promise you it's pink). The quirks from the foot trouble are more evident on the back, but oh well. I machine-bound the entire thing - I'm getting better at it but I still need to work on getting a better look on the back part. 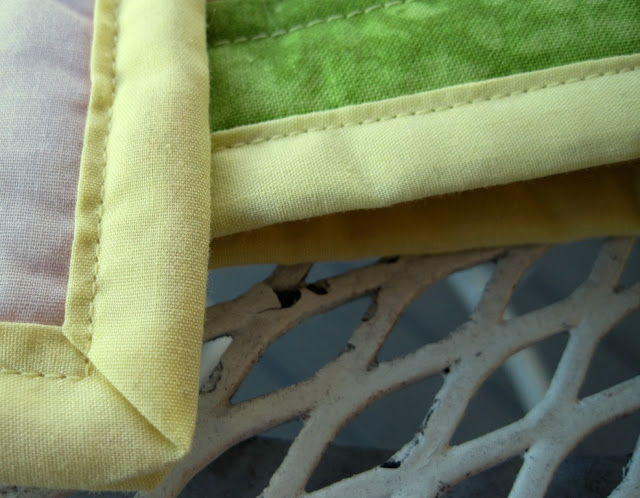 I did the noble thing and showed you only the best corner of the binding on the back. Some of the others aren't so tidy. I was low on the binding fabric after cutting some tumblers out of it, so I cut it on the straight of grain instead of the bias. I thought it might give me trouble, but it behaved itself. 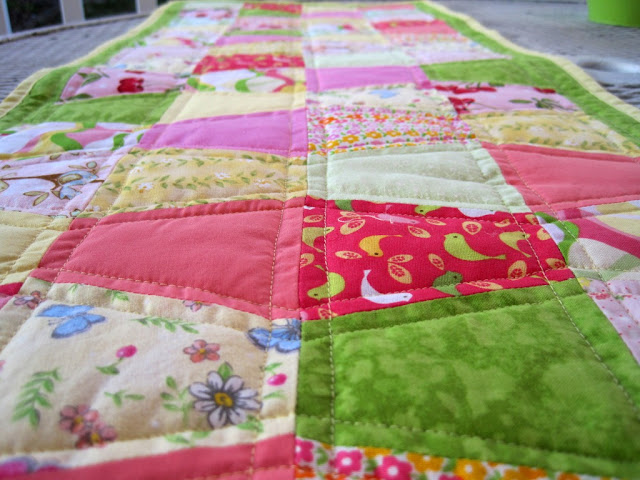 This kind of project is one of my favorites to make - it's fairly quick, not too difficult, and lets you play around with those scrappy bits that otherwise just sit there, twiddling their proverbial thumbs....

I'm going to link this up here: