One of my favorite shows is The Big Bang Theory. When TBS is showing eighty-seven episodes in a row I'm all "Yessssssssss!" about it (while my brother would bemoan this and wail "Whyyyyyy?" if he were to be in my presence). Anyhoo, I don't know if you've ever noticed but they have a Rubik's Cube tissue box cover on the end table next to Sheldon's spot. I wanted to make one, and put Google to work to find me some assistance. There are oodles of listings if you want to buy one, but very few if you want to make it yourself. But I found this tutorial at Polish the Stars, gathered my stuff, and set to.

I have been excellent about destashing lately, and didn't want to buy a huge honking amount of yarn in various colors to have most of it left over. In my local craft store, right next to the plastic canvas, they have little 20-yard paper spools of yarn. I bought one of each color, and 2 of the black and had plenty for this. I measured the plastic canvas sizes to see which one I needed, and bought some needles (though yarn needles would have worked fine too). 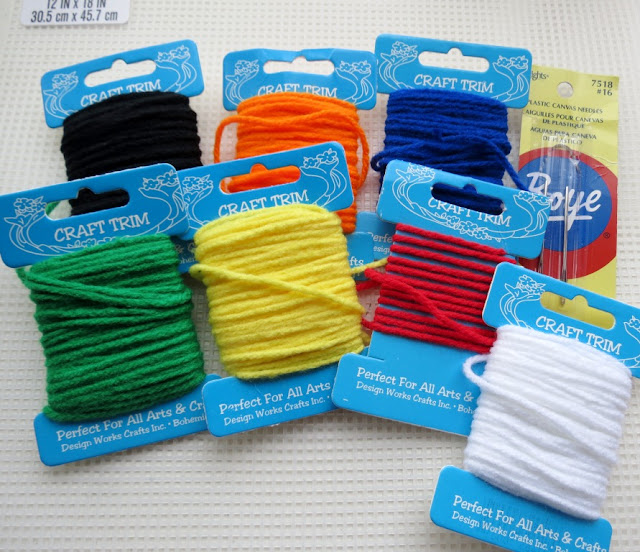 I ended up using much more red than I should have--it was spun oddly so some parts were thin and others thick, so I wasted a lot looking for even lengths of yarn. Plastic canvas comes in different mesh sizes (like cross-stitch fabric)--I have never used plastic canvas for anything other than to give a firm base to my handbags, so this was a new sort of adventure. I bought one sheet of this size, and it was perfect. 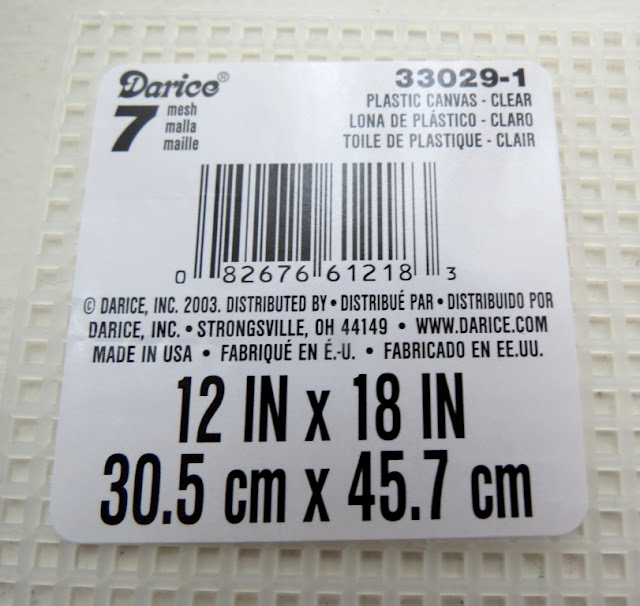 After a few false starts I finally had my rhythm down and this stitched up pretty quickly. I can see why senior citizens like to make things out of this stuff--the holes are large, the needles aren't tiny little things, and projects come together quickly. This took me a few after-work evenings to complete, plopped in front of the TV watching the inspiration show. 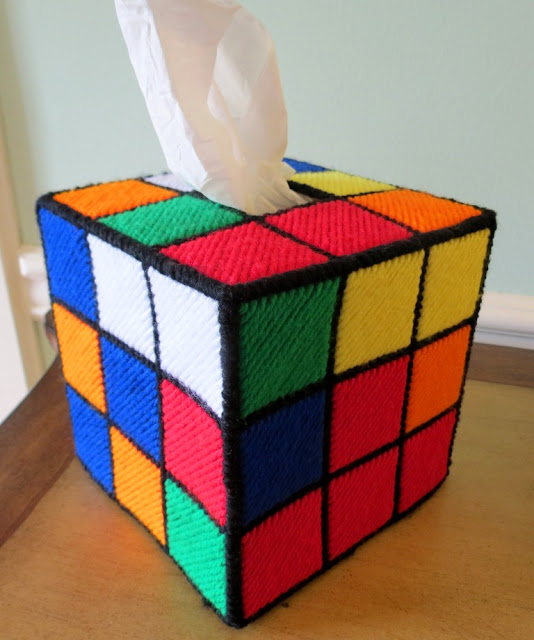 I actually used a Rubik's Cube for the placement of the colors so that it would 'work.' In an insanely anal-retentive way it would have bugged me if I had sewn these squares in an order that was not a solvable puzzle. Not that I can even solve these things--I get one row to match and fancy myself a genius. 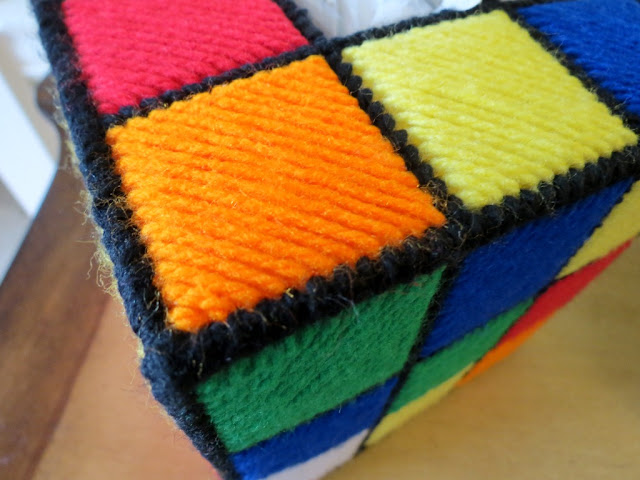 I like the sharp contrast the colors have with the black. This was pretty fun to make--I don't know of anything else I could make that wouldn't have that "granny" look to it. though, so this is probably it for my plastic canvas adventures for a while. 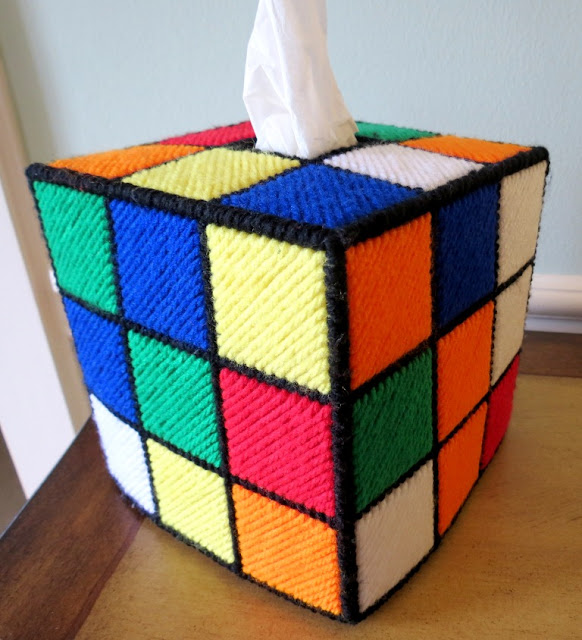 My brother even liked it. His exact words were "Is that a Rubik's thing? That's bad ass!" Those words will never be in such close proximity ever again, I'm willing to wager. Oftentimes I want to make something for the sake of making it, but I don't necessarily feel the need to own it, so I gave this to my brother-in-law figuring he could use it in his classroom (plus I rarely make him anything--I think I knitted him a scarf once and that's about it). He got a big kick out of it.

What are some of the quirky things you've made?

From the convoluted brain of Bethany at 6:31 PM