I don't want anyone to get too excited and back-flip out of their chair or anything. No need for injuries, folks. However, a hearty chair dance would be more than acceptable. And a normal response would be a quiet little murmuring of "Oh, how 'bout that." That's sewing normal. Regular normal is "Who cares? You're a geek."

Whatever. I just noticed that this was coming out next month. 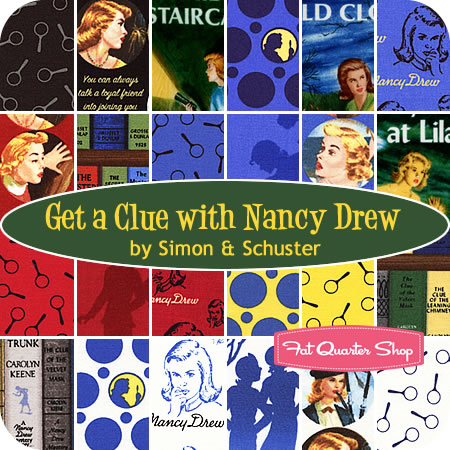 And there's a panel that goes along with it. 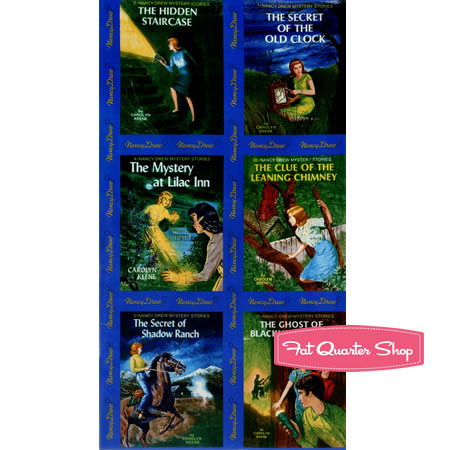 Here's the geekiest thing you will learn about me (I think). I first read Nancy Drew when I was in fourth grade. I immediately decided that I too would be a girl detective. My friends weren't readers, so I had a hard time convincing anyone to be my Bess and George sidekicks. I was going to have to go solo. My approach was this: I would walk up to people and say something like "Hey. I'm a detective now, so if you have any mysteries you want solved just let me know." My first case was to find out if Skyler liked Lisa, because she really liked him. Here's how I solved it. I walked up to Skyler and said "Hey. Do you like Lisa?" He said "Who's that?" I pointed her out--she was the one standing there like Captain Obvious practically drooling into her fruit cup while gazing at him with gooey eyes. He said "No, she's too loud. I don't like loud girls." I said OK, and reported my findings: "He doesn't like you. You're too loud." She said "Do I have to pay you for that?" I told her she was my first official case so it was free. You probably don't need me to tell you that she was my only case. I now confine myself to solving cases with the NCIS team from the comfort of my couch.


Any upcoming fabric lines you're excited for?
From the convoluted brain of Bethany at 7:40 PM