When your sister calls and says "Do you want to go to this paranormal investigation thing at Fort Mifflin on Friday?" you should say "Sure, why not?" Because you might not find evidence of ghosts, but you'll have fun and come away with a few chuckles under your belt.

So off we went (it was Rachel and me - Alicia had zero interest in this particular outing). Having never seen the fort during the day it's a little disconcerting  being there. It's not very large but only seeing it at night kind of throws you as to where everything is. 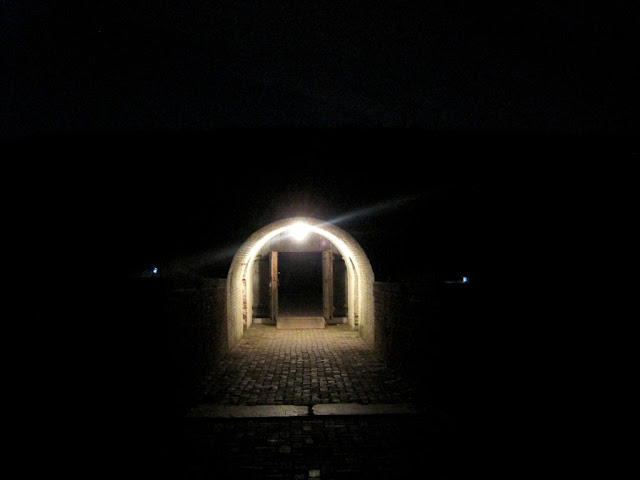 First we looked at a bunch of pictures, and listened to a bunch of stories of things that people have experienced. Full body apparitions, blood-curdling screams, voices caught on recorders, stuff like that. We came completely unprepared except for a camera. We were told that any orbs caught on a regular point and shoot were most likely reflections from the flash due its location on the camera. Curses. I thought I had something. 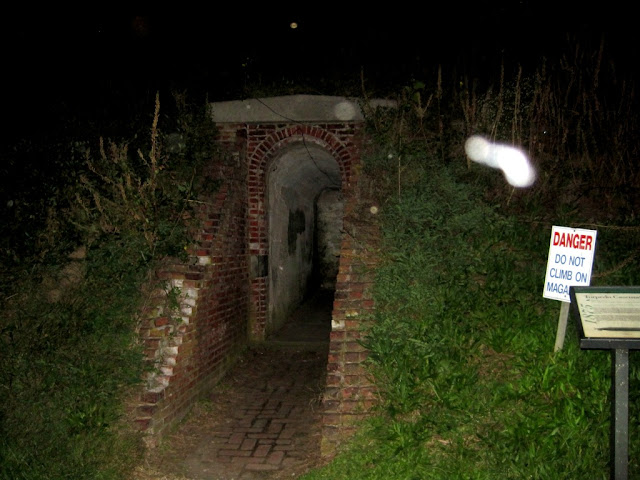 We then divided into two groups for a watered-down version of the candlelight tour we took a couple years ago. We went with the tour guide we didn't have last time. Apparently there's not much turnover at ye olde fort. 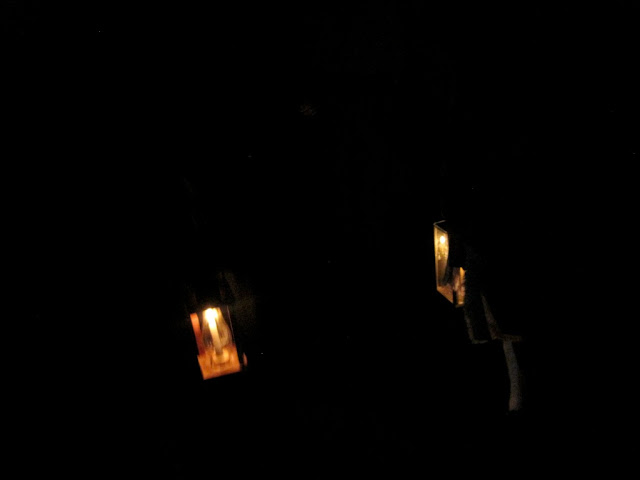 He was kind of funny. He started off by saying "Look, I don't believe in ghosts." Every time he related a tale he would end it with "But I don't believe in ghosts, so who knows what I saw?" It was a pretty chilly, breezy night, and the fort is right on the river so were a wee bit cold. Thank goodness they had a break time--we sipped on hot chocolate and warmed our rears for the "investigation" part. 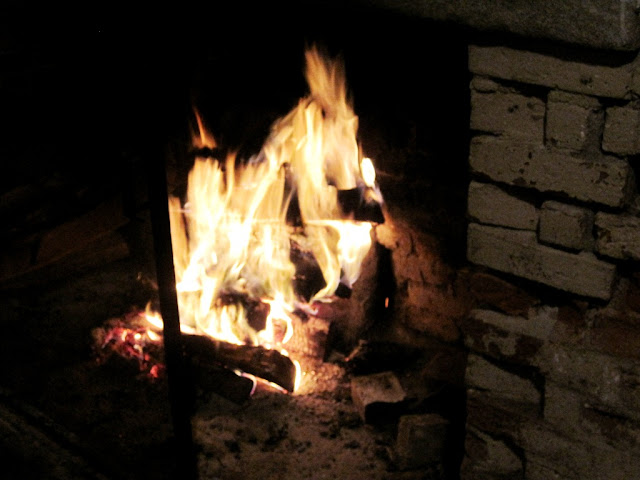 We then divided into our "teams." There were five sites to investigate, so we rotated through them all, spending a half hour in each. Our team had a girl on it who was pretty hard-core. She had a case with all her gear, and took everything quite seriously. The rest of us were kind of just there, waiting for I don't know what as proof of existence of something. She got a bit dramatic at times, and when I related the story the consensus was that she had to be some kind of plant. Or it could just be our luck to get the weirdo on our team. 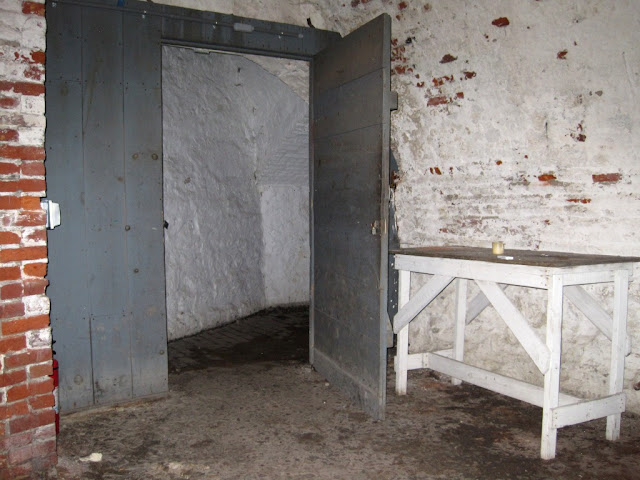 We got through the first three sites just fine, but by the time we got to the last two we were done. I just wanted to get off my feet. In the last room I went to stretch my back and made a squeaky creaky noise it felt so good. This one kid says "Did anyone else hear that?" I had to inform him it was simply the sound of getting old. I told whatever spirit was in the room that I wouldn't mind if she wanted to make me some tea. She didn't. 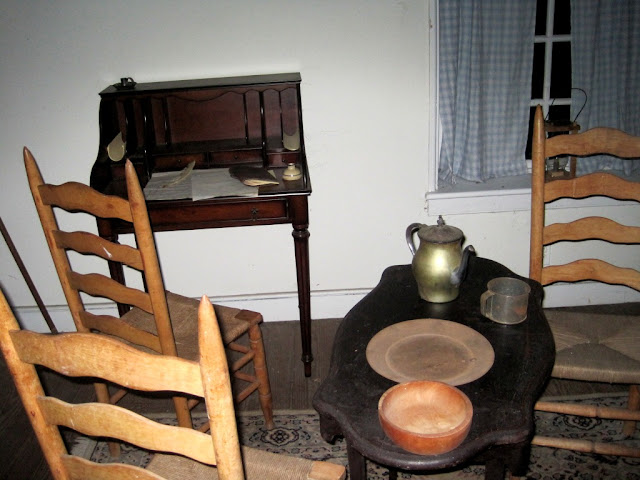 And then we were done. Five hours out in the damp cold. Sore feet. No ghosties. At least none that we know of (maybe I'll scout eBay for a recorder if we ever do this again). But it was fun. A perfect October night sort of activity. But at the same time one that very much makes you appreciate your bed.
From the convoluted brain of Bethany at 11:03 PM