It's done it's done it's done! While I really enjoyed working on this blanket I couldn't wait for it to be done, either. I think for the last quarter or so I was finally tired of the colors and weaving in all those ends. I could do the math for you on how many ends, but let's just say it was somewhere between a million and a gazillion. In the grand scheme of afghan making this really didn't take too long to make. It could probably be a bit larger, but I honestly didn't have it in me to go beyond this. It's just the right size for a curl up on the couch afghan, which is what I was aiming for anyway. 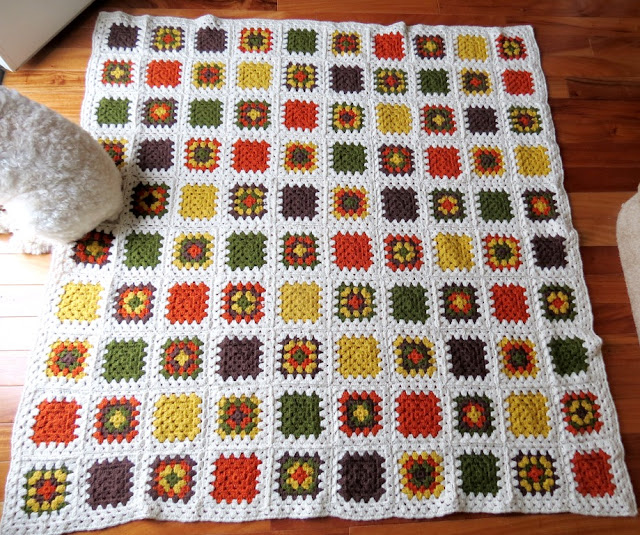 I swear he waited for me to lay this down and then decided to stare out the front door. I was going for a random placement of colors, but if you really study it you can see that there was a slight bit of planning involved, just to make sure I had an even spread. I used a G hook, for some reason. I just grabbed it and started hooking without even thinking that a larger hook would probably serve me better. This was quite a stiff blanket, but out of the dryer it is deliciously soft and cuddly, though quite heavy.

I was going for ugly '70s, but toned down so that it would be something I wouldn't get tired of seeing. The white makes it look so much more muted patchwork than garish reproduction. It also has a bit of a fall vibe to it, which was unintentional, but I suppose slightly intentional as what could I expect it to be when I chose such autumn colors? 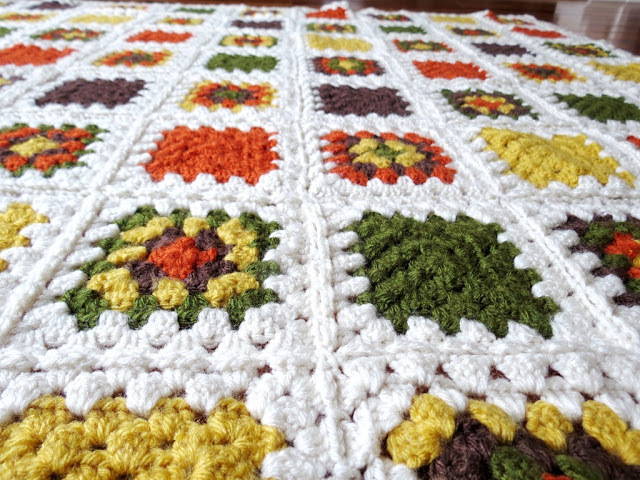 I joined the blocks as I went along, which leaves you with a finished blanket instead of a pile of squares, but robs you of the opportunity to take pretty pictures of piles and piles of granny squares (though, as these are all edged in white, it wouldn't have been quite so pleasing to look at). Weaving in the ends as I went was the best decision, and I highly recommend it (pats self on back). There is nothing worse than that feeling when you're so close to being finished but are faced with the monumental task of hiding those annoying bits. 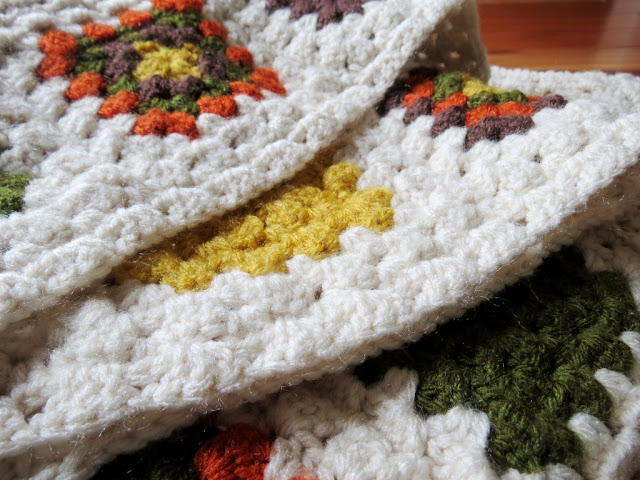 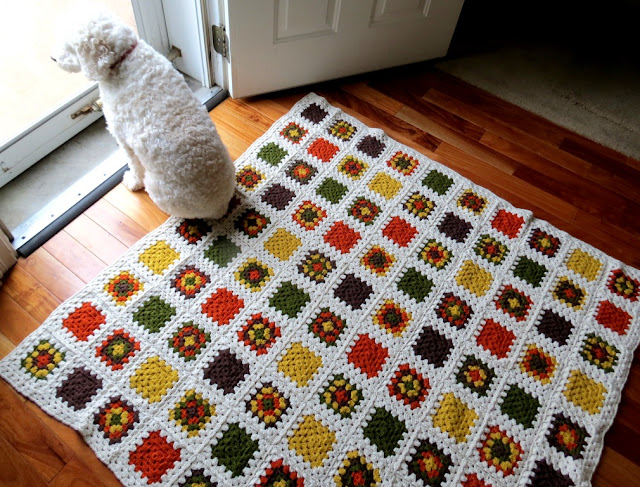 I do have a slight ruffle to it, but I think I know why (it's the same reason it's slightly wider towards the bottom). Instead of buying all my yarn at once like everyone who ever lived tells you to do, I bought it piecemeal, for some reason. I didn't look at dye lots or batch numbers or anything, and I should have. One of my mustard skeins had a thicker feel to it, and my last 2 of the white did as well. This threw off the whole thing a little bit, making sections a touch wider. But every little bit adds up. Lesson for next time. It's only noticeable when it's laid out perfectly flat, and who does that anyway? Most of our blankets are usually found like this: 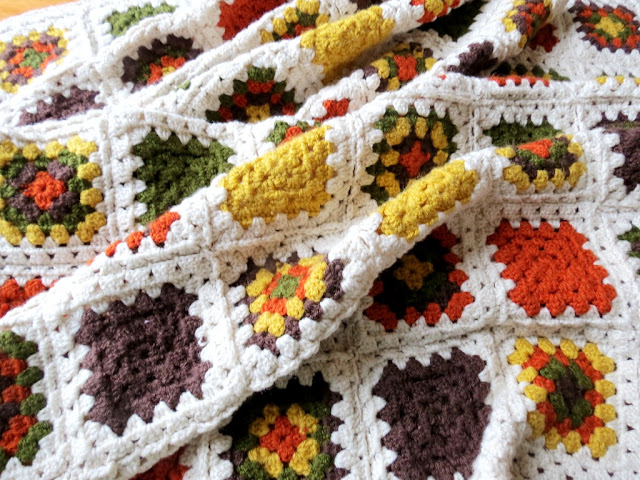 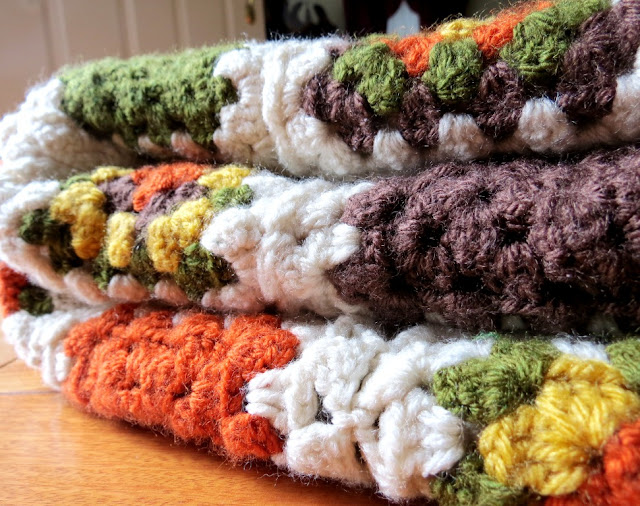 There is a LOT of yarn in this thing. I don't remember if I used two or three skeins of each color, and I think I used maybe 4 of the white. The colors were Vanna's Choice Mustard, Terra Cotta, Olive, and Chocolate, and for the white I used Red Heart's Aran.

If you were to attempt such an endeavor here are a few things to keep in mind:

Now I must go and sew. I have been so consumed with this that my poor Lola probably feels neglected.