Since I gave Z his own Friday post for graduation, I figured I'd give the A-train one for his first birthday. I waxed nostalgic plenty enough last week, so I won't bore you with that again. Besides, I ate enough homemade ice cream over the weekend that my rear end can't afford the chocolate I'm going to want if I go that route. 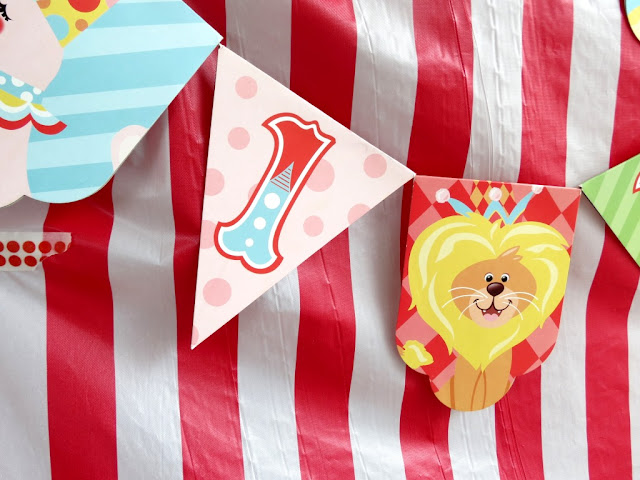 My sissie went with a circus theme (though at the wee age of one he wasn't caring much). Do you know how hard it is to wrangle plastic tablecovers into place on a gusty day that was also hotter than hell in July? Some fun paper tape from Target made it easier without worrying about gross tape being visible. 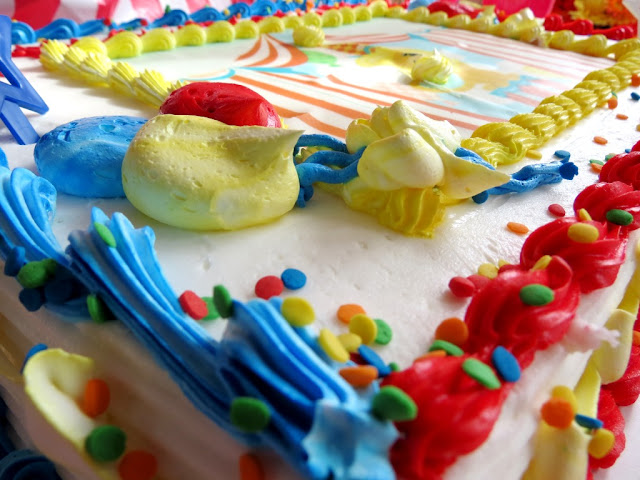 This half and half cake was so stinking delicious it was unreal. My dad made homemade ice cream that is just the most amazing stuff. It doesn't last long around here. 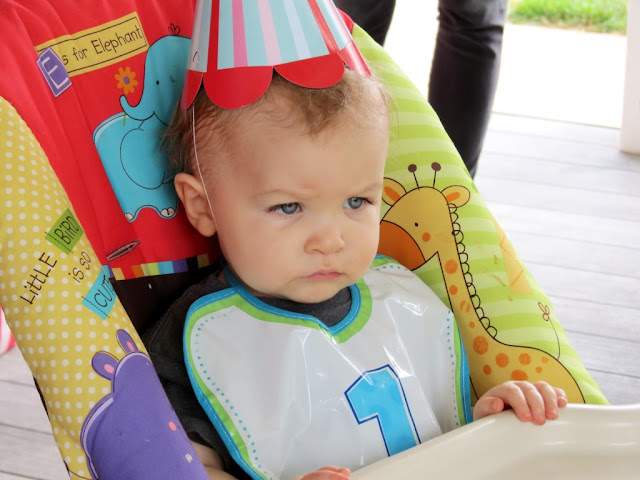 I have never known a kid that enjoys those hats. I used to be afraid to put them on--that elastic didn't exactly feel like a tickle. 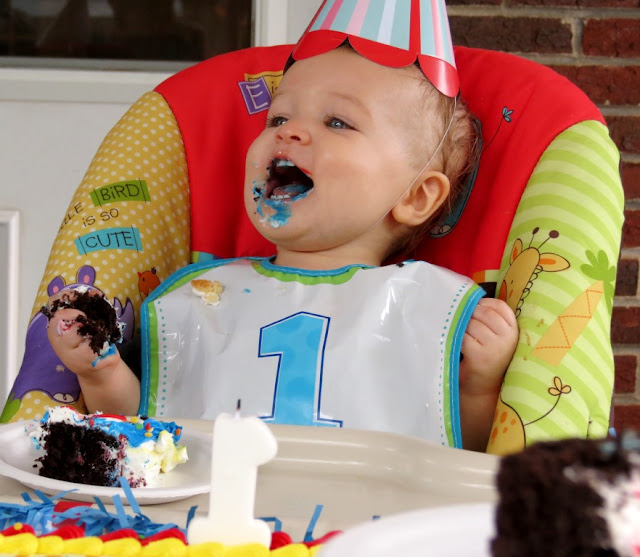 Cake makes everything better. It looks like he learned that lesson nice and quick. 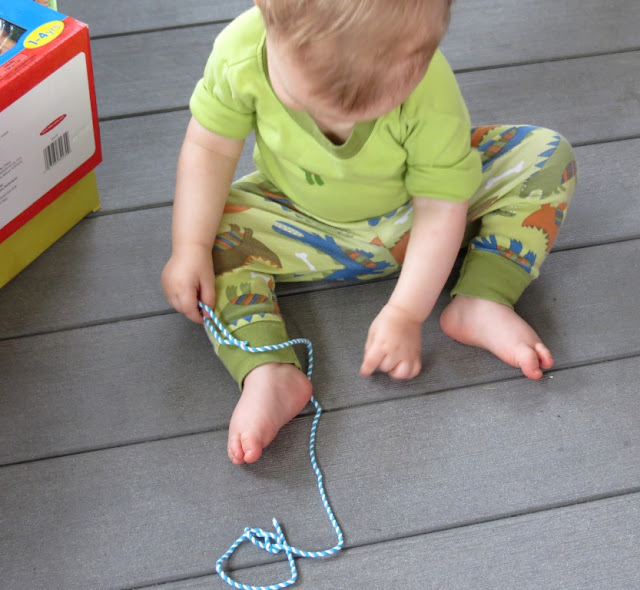 Piles of toys surround him, yet he wants to play with a string and a piece of whatever was on the floor. Typical kid.

So that's that. I'm hoping to have a new bag to show you soon--it's a cross-body sling with an adjustable strap. I haven't done either of those yet. See you soon!
From the convoluted brain of Bethany at 9:15 PM