A friend of mine asked me to make her a few little drawstring backpacks for her nieces and for the older daughter of a friend who had just had twins. Since those things are fairly easy to do (you can see my tutorial here) it was no problem. Or so I thought. I have this thing where if I'm doing something like this they all have to be the same, for the most part--you know how kids are ("Why does hers...? Mine isn't...!" and so on). I hit a few roadblocks in the fabric search--I found one but not the other two, or two but not the other one. So we finally settled on patches and applique. The part of this project that took the longest? Waiting for one of the patches to be delivered. I saw a documentary a few weeks ago that said that when Ben Franklin was in charge of the Post Office it ran more efficiently and mail was delivered more quickly than it is today. I believe it.

Anywhodiddlywho--we started off with Disney princesses, but then went in three different directions. One Disney, one Hello Kitty, and one any kind of kitty. So here they are: 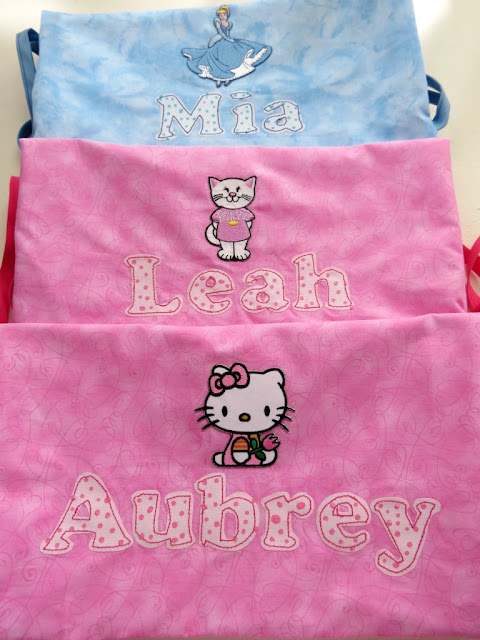 I placed the patch and the letters closer to the bottom so when the bag is cinched you can still see them. In retrospect they could all be maybe an inch higher, but they're ok. Each one has the same lining--this cute polka dot fabric: 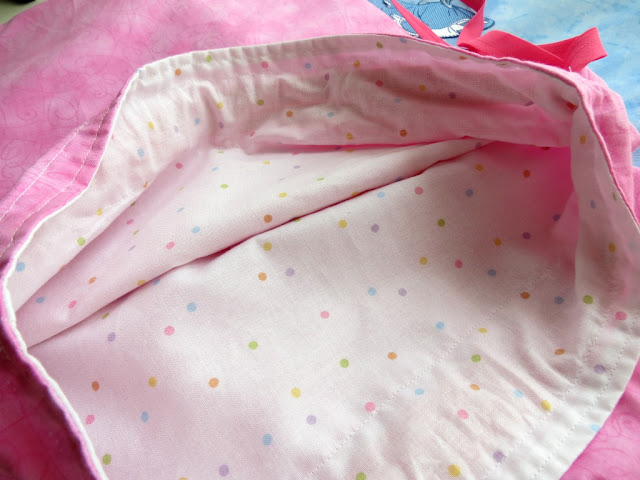 I decided to use that to cut out the letters for each name. I used the Cooper Black font, printed out the names, cut them out and traced around them onto the fabric I had fused to some Heat 'n Bond. And then cut them out. It was a lot of precision cutting. It wasn't that fun. I placed everything and set my machine to the triple stitch and went carefully around each letter. Yeah, all those curves weren't fun either :) 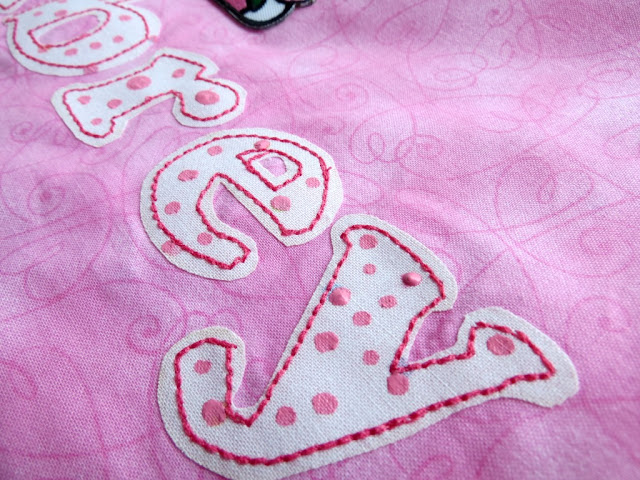 Then I noticed that the dots were a little too sparsely scattered on the fabric to look cute, and kind of looked weird. So I got some puff paint and made my own dots. I tried to conceal the visible dots as best I could, and then filled in the blank areas. They came out cute. That stuff is tricky to use so I hope no one looks too closely :) 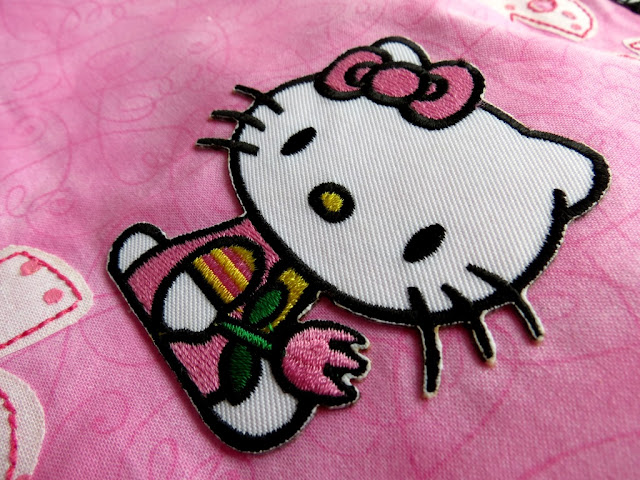 Would you believe I don't think I've ever ironed on a patch before? I was nervous I was going to start a fire or something, but they went right on and stuck really good. 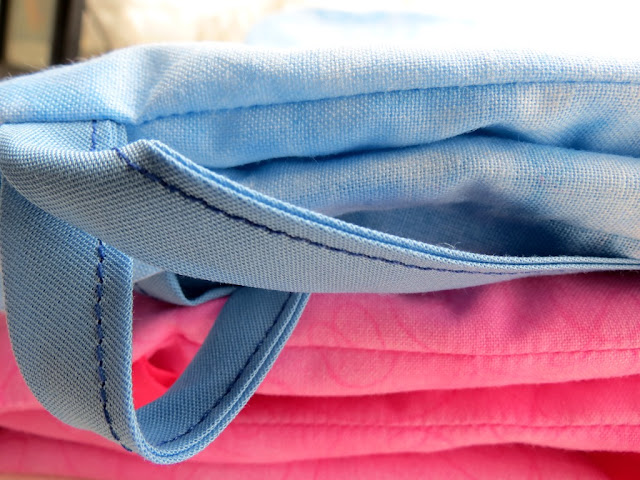 I couldn't find anything I liked to use for the straps so I bought matching bias tape and top-stitched the edges. In an effort to avoid running out for more thread I used a darker contrasting thread for the blue.

My friend sent me a pic of one of her nieces with her bag not long after she left with them--as she's still a bit wee it's definitely something she'll be growing into, hahaha.

Later, taters!
From the convoluted brain of Bethany at 6:00 PM