A Sewing Machine Tale--The One With the Happy Ending

After two long months I can tell the tale of Ophelia, my Janome Memorycraft 6500P that did as her Hamlet namesake did and died. I didn't want to get into anything until the situation was resolved, as every once in a while my temper gets the best of my typing fingers and I didn't want to say anything unfair or that I didn't truly mean. So here goes. This might be long, and I'm going to intersperse the tale with pictures of pretty sunsets from my grandma's back porch because they're too pretty not to use.

I bought my machine online in January, totally unaware until a few months later that an authorized Janome dealer is about fifteen minutes away (I'd almost always rather buy such things in person). At the beginning of May she would start to make a very labored sound whilst stitching. It was one of those things where you're trying to decide if you really hear something different or if you're just suddenly oddly aware of the normal noise it makes. It went away after I gave the machine a break, so I thought it was just a fluke, even when it seemed like it was doing it again and going away again. Besides, the stitching was perfect. Until Memorial Day. When the labored sound turned to a juddery, almost grinding sound and the whole thing locked up. I had a huge hunk of fused plastic and metal (a very expensive fused hunk). 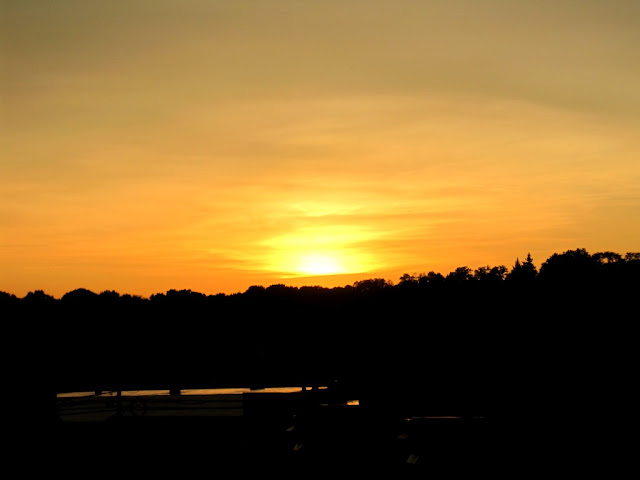 I immediately contacted the online dealer to find out what to do. They wanted me to send it to them, but I asked if I could take it to my local guy to check it out first to save the shipping (he had just tuned up Lola and did a great job). I took it to him, he called me back in about an hour, and said he wasn't even going to attempt to fix it, as the entire shaft was locked up. We were both hoping an errant thread had found its way into the mechanism and jammed it up, but no. This shouldn't have happened on a new machine, so he suggested I send it to Janome. I tried really really hard to get a refund from the online dealer, but when you agree to a shop's policies upon purchase you're kind of stuck no matter how well you feel you plead your case. So off to Janome it went. To make it worse, I had decided for some insane reason to throw the box and packaging away, so now I had to pay to ship it as well as for UPS to pack it up for me as neither Janome nor the dealer had anything they could send me. 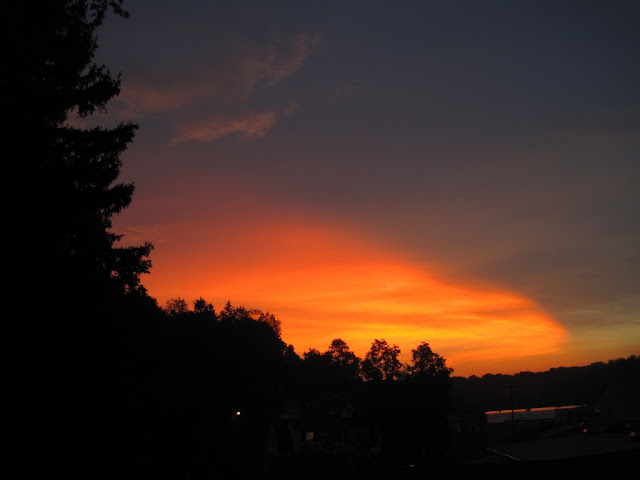 After a few weeks I asked the dealer to check into it. They told me that it was being shipped back out the next day as the lower bushing had come loose (whatever THAT meant) but it was now good to go. OK, swell. So it comes on a Monday, I unpack it and sit down to use it on Tuesday night. In less than a minute the same thing happened. The naughty naughty words flew out of my mouth leaving quite the blue streak behind them. My mother came in the room and said "Tell me it's still broke!" So I told her "It's still broke." 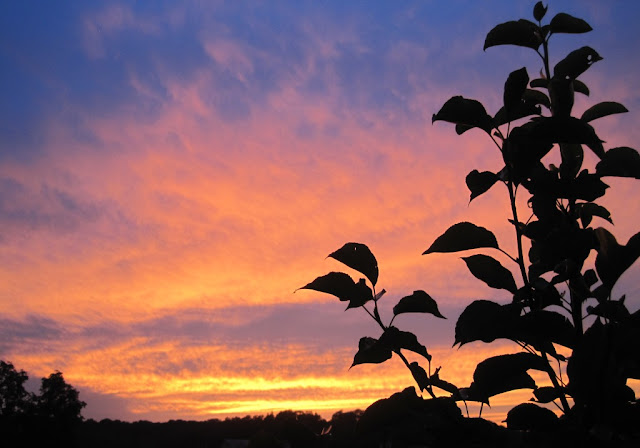 The next morning I was on the phone right away. The lady at customer service may not have had her coffee yet, or else my voice may have been tinged with ire. I didn't feel like I was getting anywhere with her, but she took my info and said she'd have the service manager call me back (which he did almost immediately). I explained the issue and told him the things I had done to make sure it wasn't something simple (checked for tangled threads, rethreaded the machine, checked the needle, etc.). He was absolutely stymied. Apparently, these machines are tanks and they very very rarely see any kind of issue that isn't a wear and tear kind of thing. He explained to me what the bushing is (his metaphor had something to do with ball bearings and car axles) and that there was nothing I could have done to make this happen. I explained that I felt like I had a brand new car that was a lemon and that I almost felt nervous to drive it, so to speak. He completely understood and kept saying "I am going to make this right for you." He sent me a shipping label to get it back to them, and off she went again. BTW, the guy at the UPS store probably thinks I'm insane because twice in about two weeks I shipped a thirty-five pound sewing machine to New Jersey. 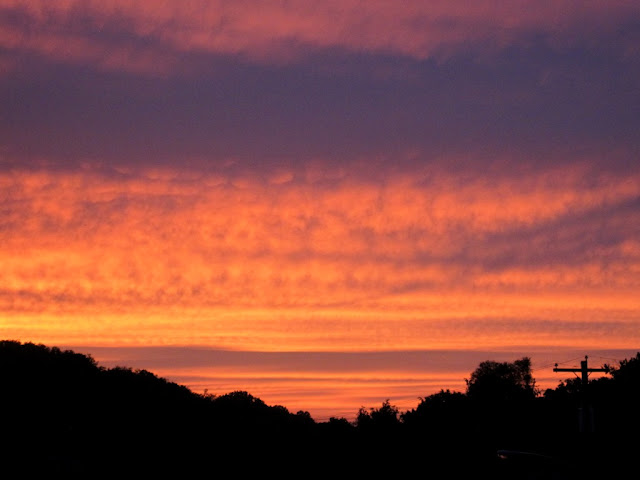 So then the wait began again. I had my Lola to work with, and she is an absolutely excellent sewing machine. I kept wondering if, in some weird cosmic way, she had gotten jealous and jinxed my new machine. I decided not to bug them with emails and phone calls, as I can be quite annoying with those (in graduate school I had a professor who ended one of our courses by telling the class that if he could give an award to the student who emailed him the most I would have won it by a long shot). About two weeks ago I got a call from Janome, and the service tech told me that it was the same issue, he had fixed it and it worked fine. But as it seemed to be a quirky little problem--it doesn't really happen once, much less TWICE in such a short period--I was going to get a brand new, factory-sealed machine.  Skiddely-dee! The only thing was--it was on backorder. He told me I'd have it by last week. It didn't come. I got a little bit impatient. So Thursday afternoon I emailed them. I didn't get a response super quickly, so Friday morning I emailed them again. And they called me right away and said "We've got both your emails here..." which made me feel kind of sheepish, but she told me she understood as I had been without my machine for two months so she totally got why I was chomping at the bit. She informed me that they had shipped me a new machine Thursday and gave me the tracking number. It was at my house Friday. 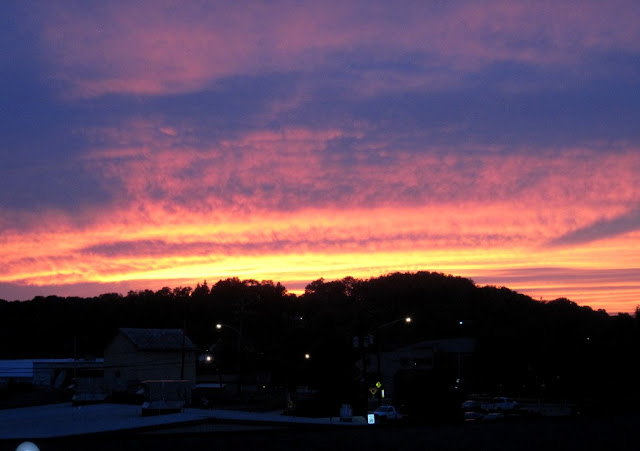 I'm quite pleased with the outcome, though it did take a while and wasn't without frustration. I'll be honest--I did not feel that the dealer gave two figs. There didn't seem to be much interest in making me a happy customer. My local dealer was more interested in helping me get a happy outcome than the people who actually sold me the product. However, the service techs at Janome were marvelous--they were open and honest and very interested in figuring out this bugger of an issue and keeping me happy. Instead of turning me off of the brand strictly through their attitude they made me more loyal. Every once in a while a lemon is going to roll off the line, and unfortunately I got that one. I love Janome machines and I did not want to feel like I had to seek out another that I would love just as much. They made it easy to stick by them. The online dealer? Eh. I bought Lola from them too, but I will not be buying anything from them ever again.

From the convoluted brain of Bethany at 10:00 AM