Has Anybody Seen My Wallet?

I have a hard time sewing things for guys. Not that I can't do it, but that I have no vision when it comes to it. I can't visualize non-clothing items that guys would appreciate (beyond a toiletry bag or something). So when a co-worker asked if I could make a wallet for her grandson I was kind of "Okaaaayyyy" about it because it's just not my usual sewing genre. I tried to find a few ideas online but ended up borrowing my dad's for measurements and so on.

I had some measurements written up for a nifty wallet, and then I remembered the limitations of a home sewing machine when confronted with layers and layers of bulk. There was no way it was going to happen so I had to redo my sketch (and my math--grrrr). In the end I came up with something I'm pretty pleased with. 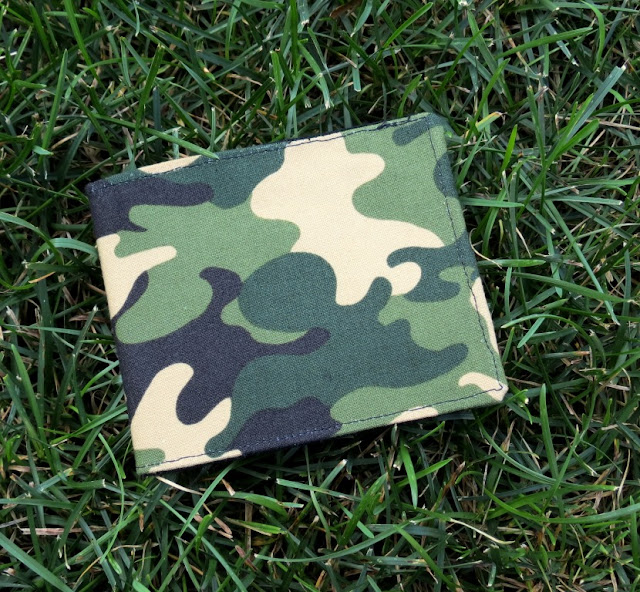 I used this amazing interfacing for these. It really makes the fabric stiff, but creases can iron right out (or right in, as I pressed the dickens out of it so it would fold in half). It made the outside almost feel slippery, though. No matter the tension, needle length, presser foot, or what side was facing up I could not get the top-stitching on the camo side right. It irks me but it's honestly the best it can be so it'll have to do. 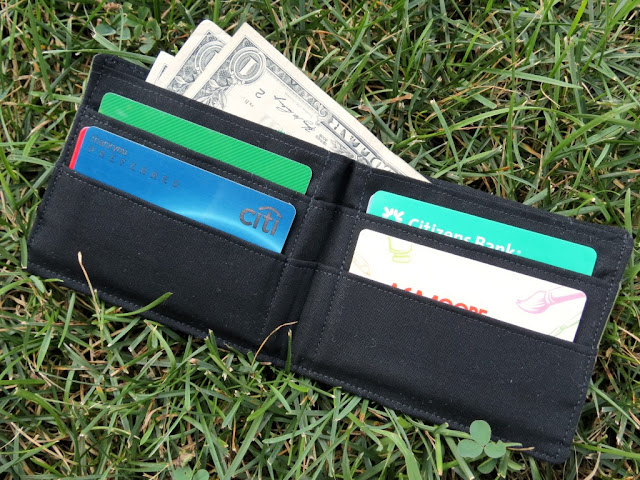 Making the card pockets was pretty fun. It's just a few accordion pleats. The pockets will hold one card or a few, and the money pocket is sized just right for those big bills peeking out up there :)  It still folds up nice and slim, though. 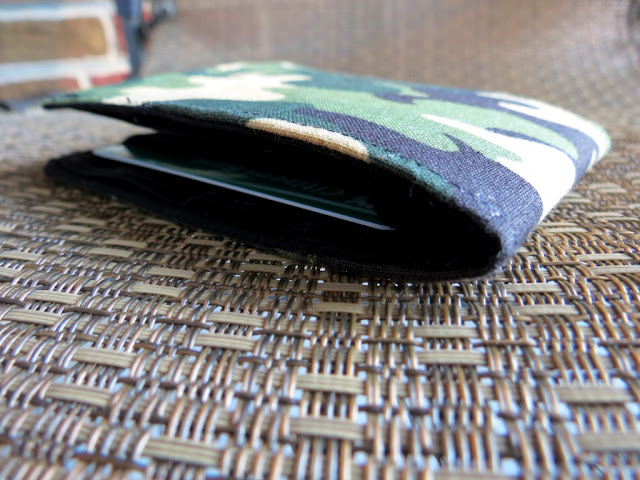 I've never seen an adult male carry a wallet that wasn't leather (and I can't say I favor these for a young adult male) but that's who they're for. I have no idea how long they will hold up as a wallet is a high-stress item, but I did what I could and they'll just have to do. 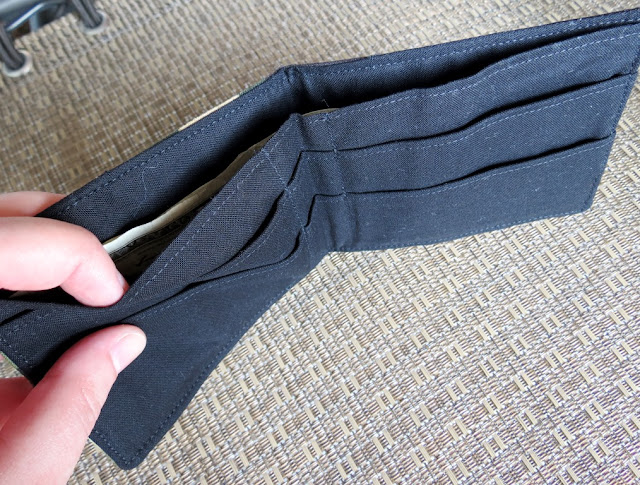 I already figured out what I would do differently next time, but they're the kinds of things that only make a difference to the maker and not to the user so I won't belabor the details (but it deals with layers and interfacing, in case you were wondering). The first one took me a while to do as I had to figure everything out, but the second one went together in under half an hour. These could be really cute Christmas gifts for the young 'uns in just the right fabrics. And they hardly take any fabric to put together. I waaaaay overestimated what I would need and now I could cover my house in the leftovers and shield it from military reconnaissance teams.

If you're wondering, this is the interfacing I used. I haven't found an alternative yet that's available at a place like Joann's, so I use what I have sparingly for just the right project. Actually, this is the first project, but the other one has been living in my head and in my sketchbook since before Christmas and this stuff will kick butt when I eventually get around to it. If I were to make this for a kid, though, I'd probably go with a stiff craft-weight interfacing from Joann's instead of this fancier stuff (which is delightful but limited in availability).

Do you sew stuff for the male species? What kinds of things do you get into? I'd like some inspiration, please :)
From the convoluted brain of Bethany at 10:30 AM