We had a visitor this weekend. And unlike the houseguest that is similar to fish (they both stink in three days, according to Poor Richard's Almanack) this one was quite welcome (though he did stink a few times a day, hahahaha). 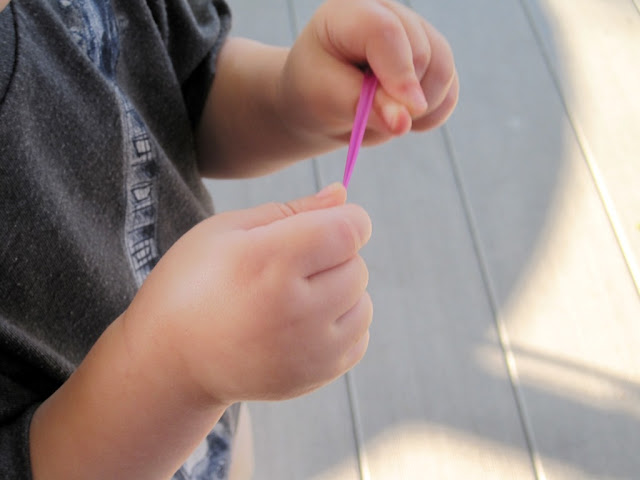 Here is what Aiden played with this weekend: a piece of a broken balloon as the 'snap' sound it makes is apparently hysterical; two empty Sunny D bottles (I tried to teach him to clink and say "Cheers!" but he just smashes them and laughs; an empty box with a rope tied to it (it was the indoor sled that Zach pulled him around in); and the packaging from his little baby ravioli dinner. He has oodles of toys and he plays with trash. 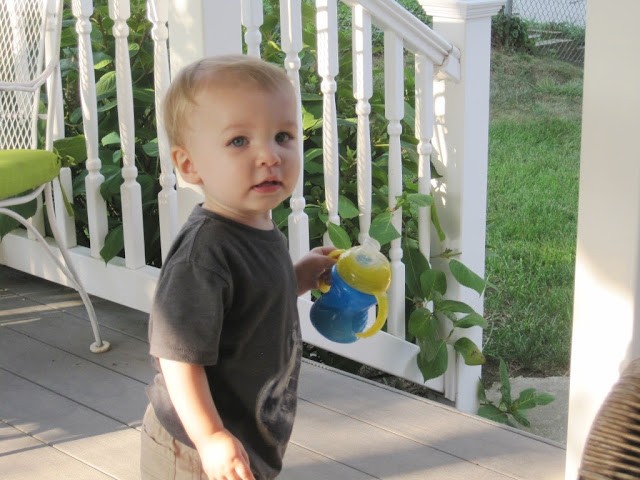 He's a very good listener--you say his name firmly and he stops and looks at you. Then he does what all kids do--he holds your gaze while he does that thing you told him not to do because apparently staring at you makes his actions invisible. When you tell him to not go near the steps, he stops and comes back. But he's a little stinker too--you tell him to stop, he does, takes a little baby step just to be a bugger, and looks back at you to see if you saw. Apparently smart-assery starts around the age of one.

I remember when Zach was this age--I could just stare and watch and observe every single thing he did, and I do the same with Aiden (and any other wee 'uns, to be honest). How their little dimply hands manipulate toys, how they giggle to themselves for no reason, making you wonder what is going on in their little brains, how they stare at you to try and mimic your facial expression or to try and say the word you're saying. It is endlessly fascinating to me. 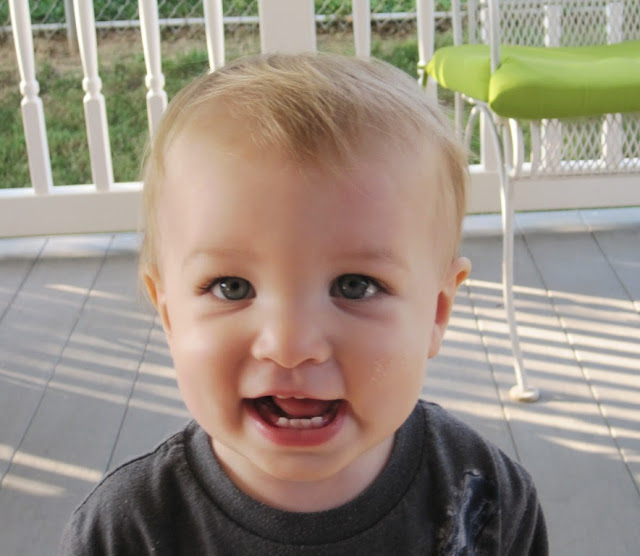 I also just want to say that I think it's highly unfair that a disproportionate number of boys get thick, long eyelashes, and girls get the lashes that have them waving a hairy stick with black goop on it near their eyes to give the illusion of such.

This post serves as my excuse note as to why I don't have anything to share with you (anything finished, anyway). You would think I don't have piles of fabric and scraps of paper with 'orders' scribbled on them littering my sewing area... But stumpy baby teeth and little giggles beat the whirr of a sewing machine any day.
From the convoluted brain of Bethany at 11:29 PM