After finishing the never-ending afghan of navy blue, I needed to work with color. I wanted something quick but fun and easy that would also be super cute. As I mentioned in this post, the plan was to use all that bright yumminess to stitch me up some flowers. I picked a few from this book that seemed to fit the bill, as well as using a few tuts from Attic 24. I'm not sure how many episodes of Downton Abbey I stitched through (I signed up for Amazon Prime and my mom, sister Alicia and I have been glued to it in any mutual spare time), but I finally had what was determined to be enough. 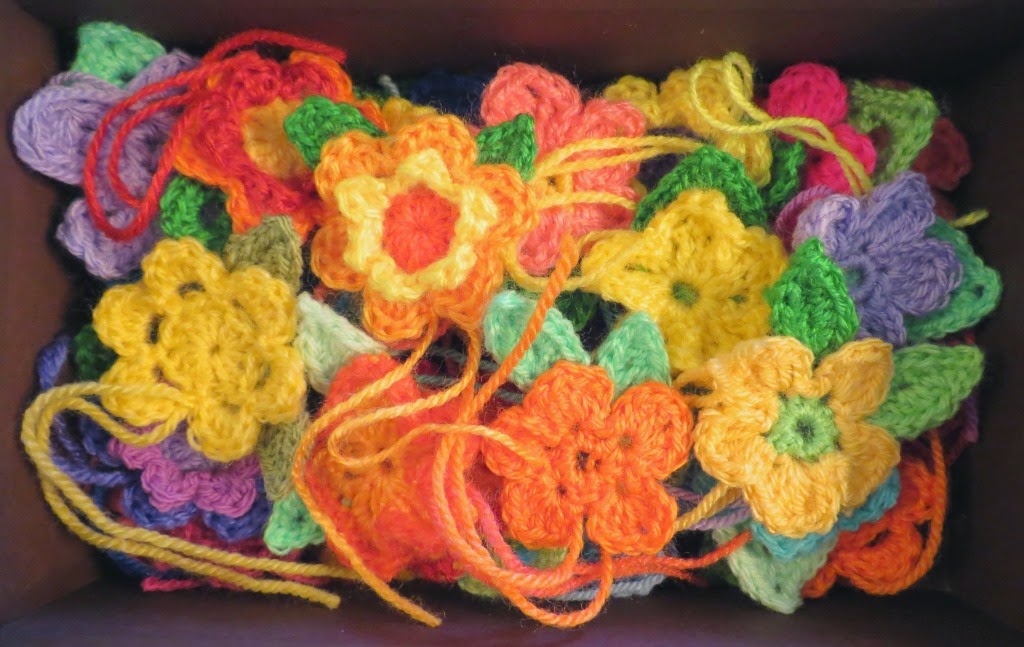 Even weaving in the ends and sewing on the leaves and all that jazz was enjoyable, as each little bit made me giggle with its cuteness. 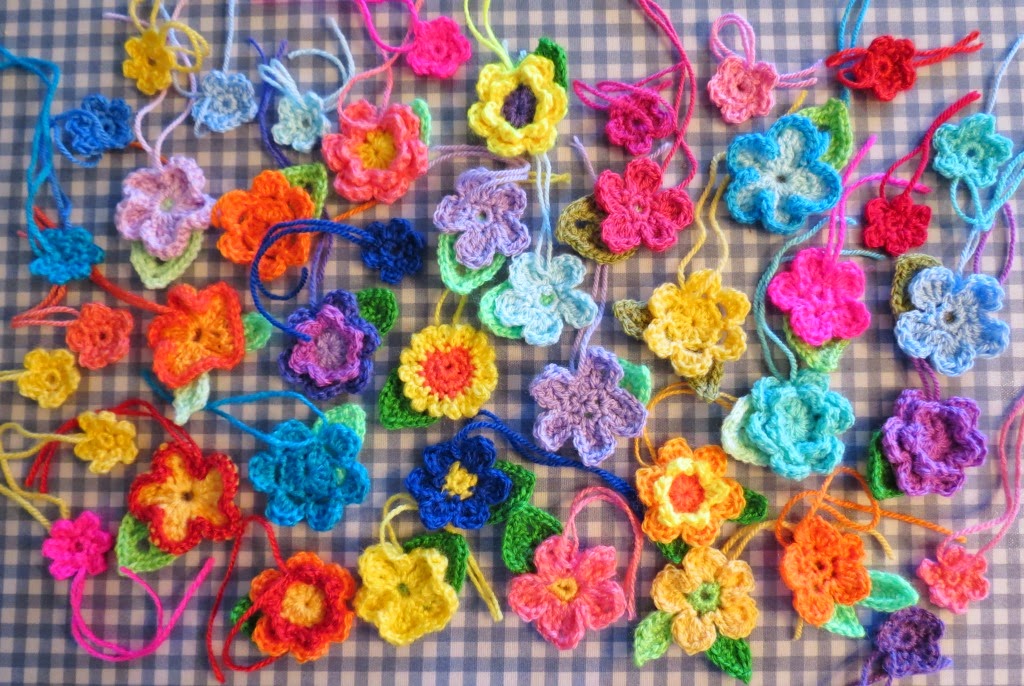 Some flowers I made once, others I made several times. Some took some time (and some frogging), others just flew off the hook in their simplicity. Looking at them all laid out is just delightful, eh? 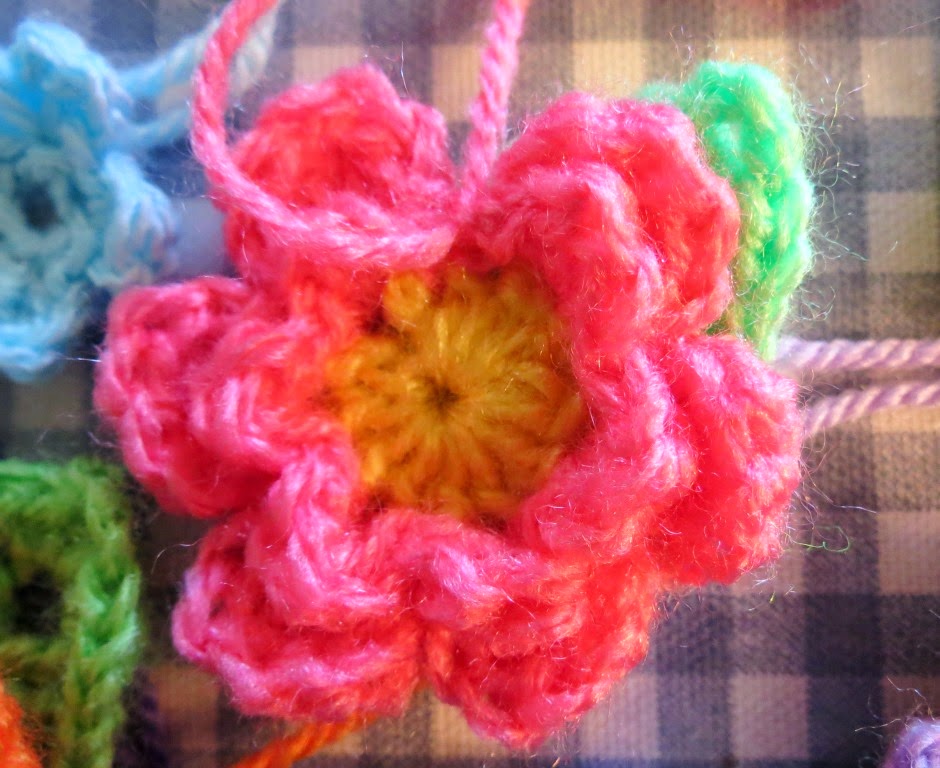 This pink one is my favorite out of the lot, simply because of the colors. 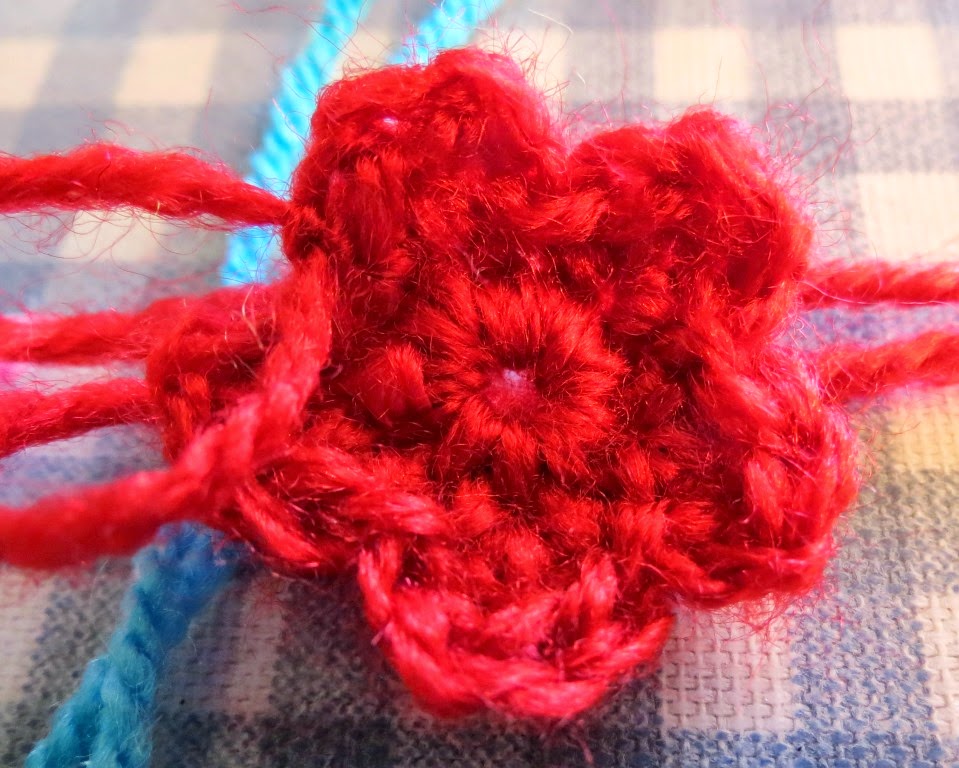 But the teeny ones are my favorite in their teeny, flowery cuteness. I was going to add some buttons to the centers, but once they were all finished and hanging out together I didn't think it was necessary. I could have gone on and on making these as they're quite satisfying to make. But then my yarn-flower adorned tree branches wouldn't have looked realistic.... 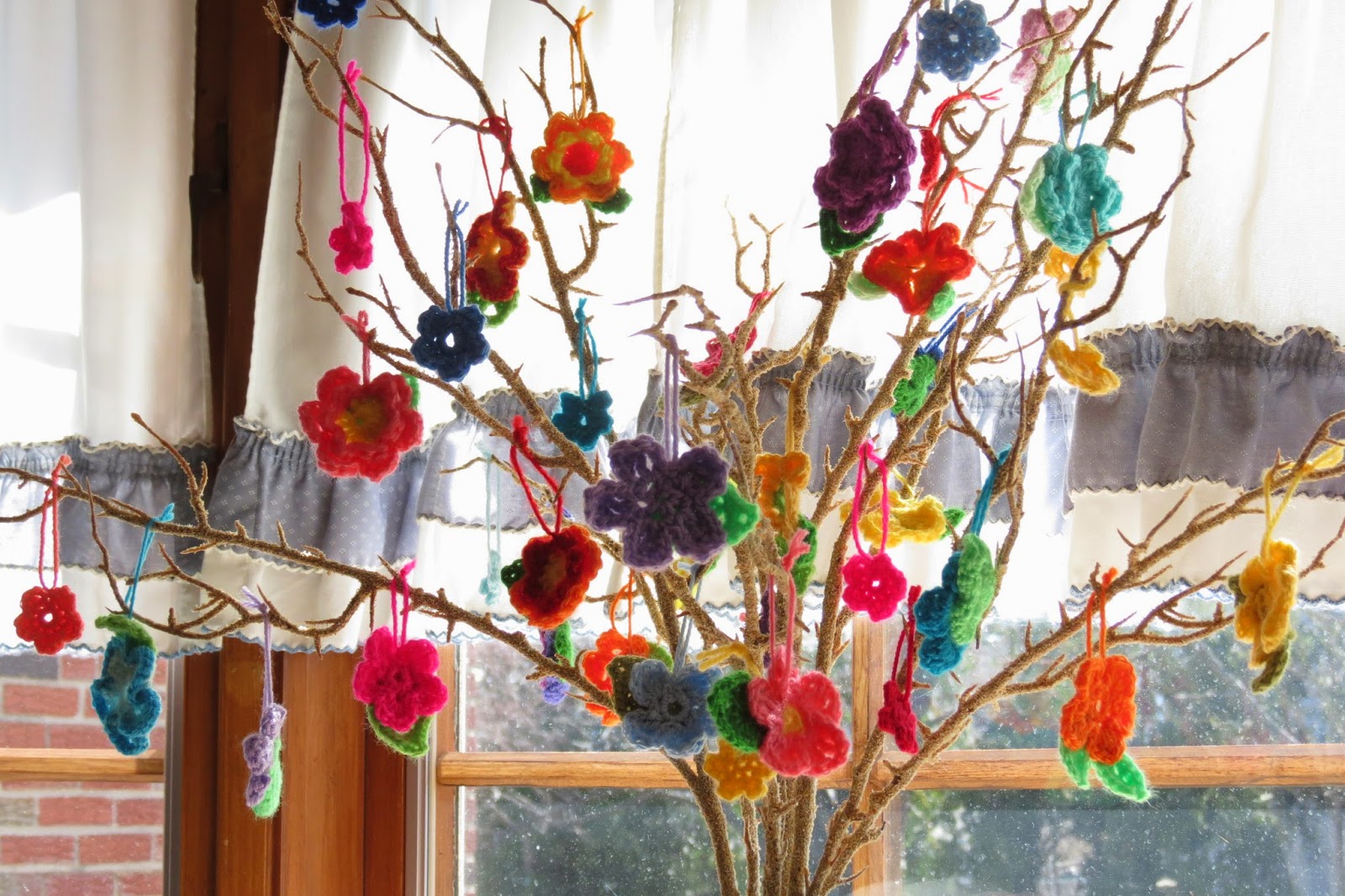 I couldn't tell you how many photos I tried to take, but this window is just not placed in a prime spot for great photos. But it's enough that you get the idea. 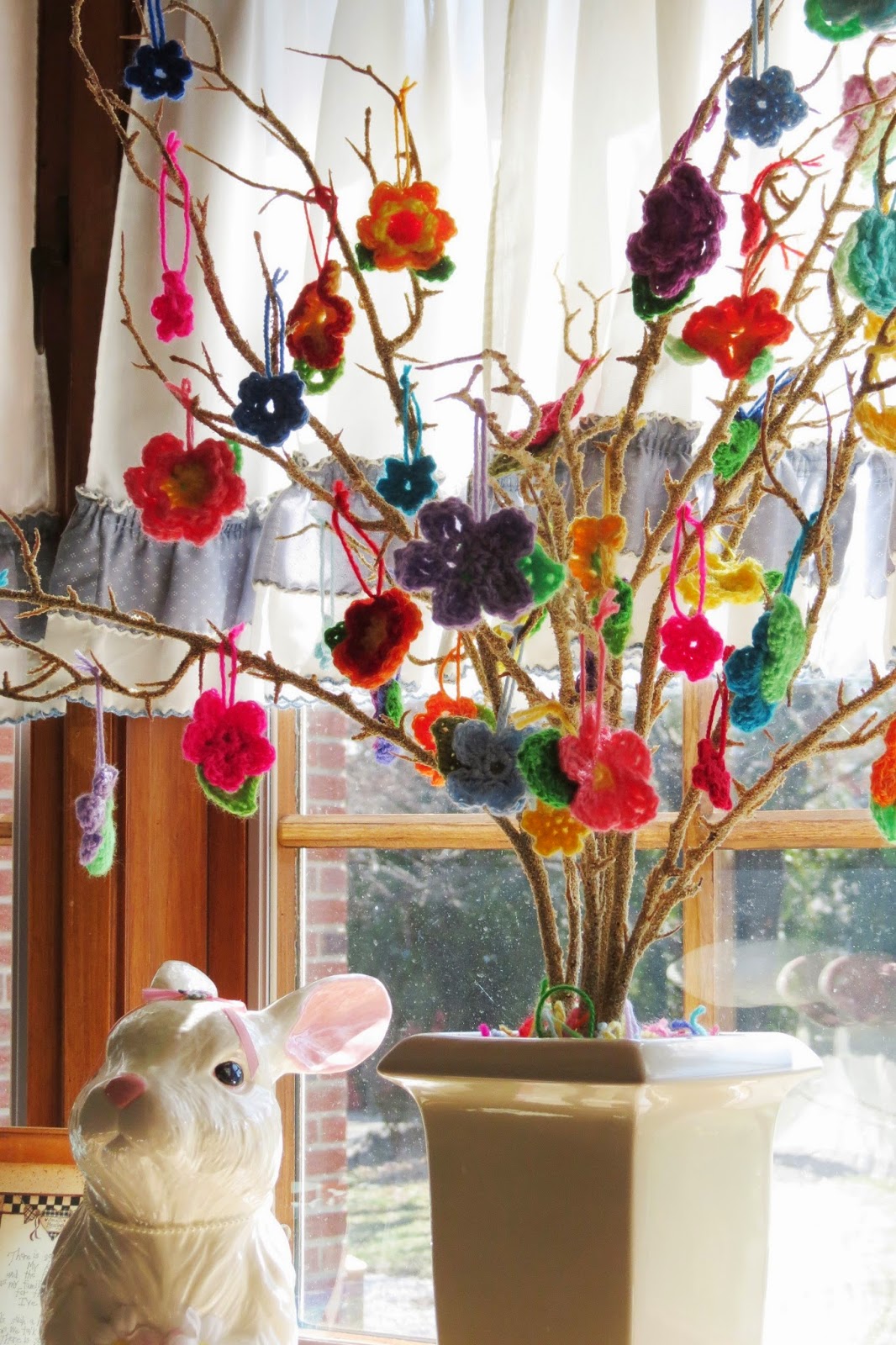 I have all my stuff ready to make a summery wreath for the front door, but I've got a few projects to finish up first. But no worries--if summer takes as long to get here as spring did I have until at least August to make it.
From the convoluted brain of Bethany at 10:51 AM