Recently I shared with you this pillow that I made. It only used up about half of the yarn from the color pack I had bought. Seeing as it's chunky yarn I felt like I was really limited in what else I could make with such a small amount of yarn, so I made another pillow. I did this loopy interlocking stripe stitch that looked kind of crazy in the making, but in the end made up this texture that I am in love with. 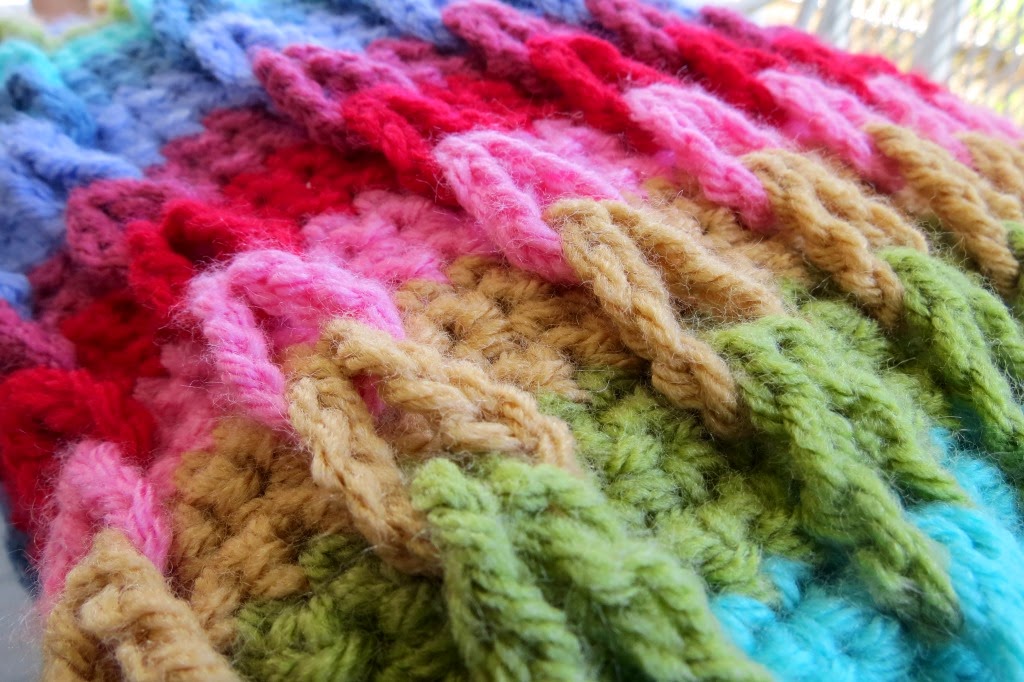 The basic pattern is a base of single crochet combined with chains that dangle in these big loops that look like mistakes, and then you loop them together and it looks nifty. Let me know in the comments if you'd like a tutorial. It's so easy--you only need to know how to chain and single crochet. 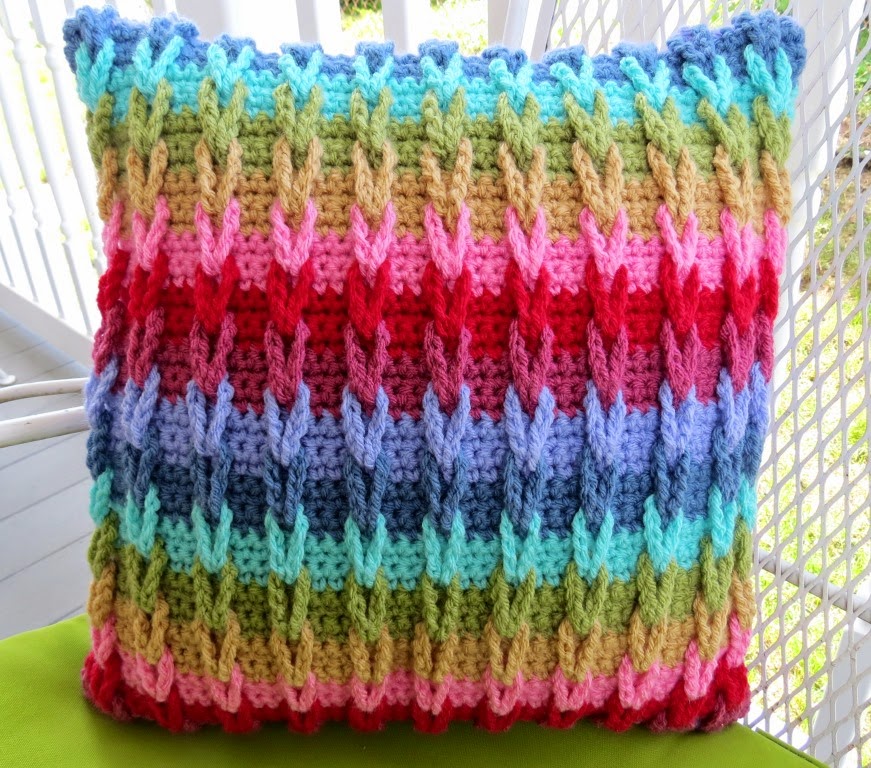 I started to run low on certain colors towards the end, so I had to kind of just make it work. The button flap isn't as long as I'd like it to be, but it works. 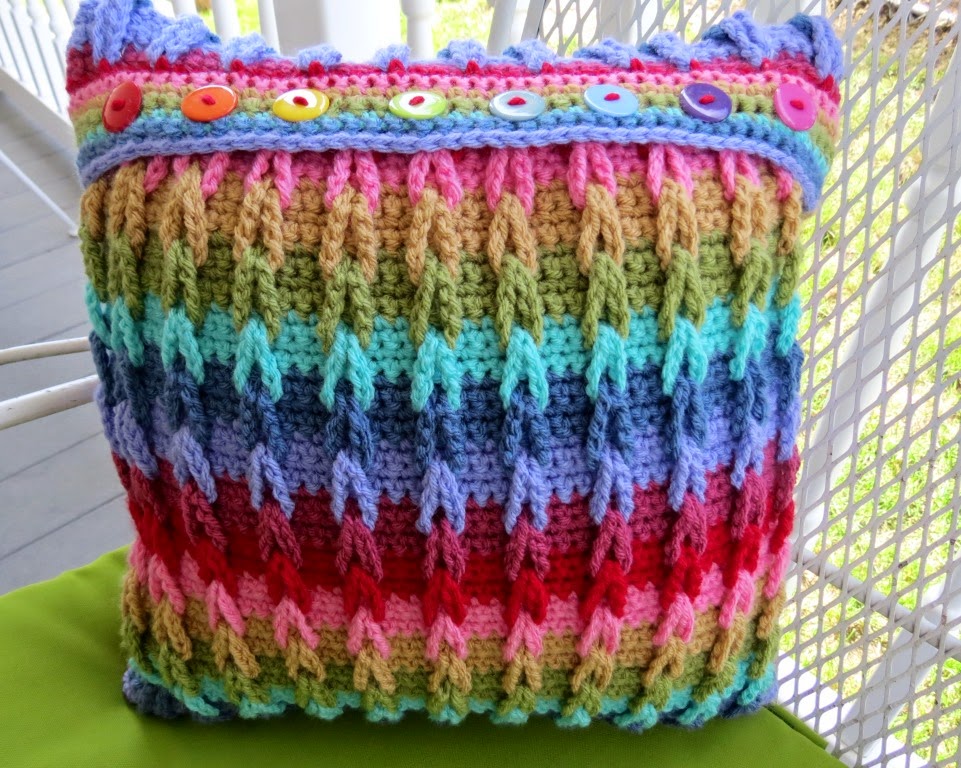 I didn't have enough of any one color to make the stripe where the buttons would go, so I used the little of each of the colors I had left to make the flap. I added a few extra rows so that the buttons fell more towards the middle of it instead of along the edge. The first cover I made was quite a bit too large for the pillow insert I had, so I bought a larger one for that, and then used the original for this one as it was a little bit smaller. They're in there nice and snug, so they should look good for a while. 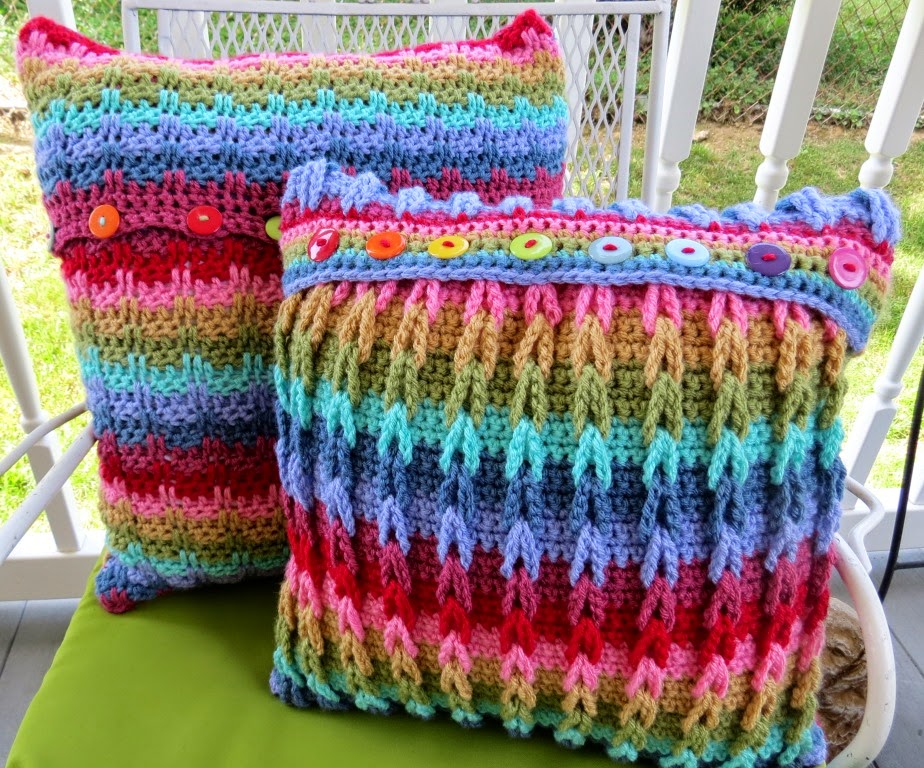 Here they are together. I do like the button placement on this one a little more, but I do wish that flap could have been longer. These weren't as quick to make as you'd think, and there were a ton of ends to weave in, but I do love the results. And I'm almost giddy that I used all the yarn. Some girls like jewelry, I like using up my craft stash. That's the stuff that makes the world interesting :)