It's been a tradition of ours for several years now that on Black Friday, late in the day after a large portion of the shoppers have gone home, to head out ('ours' being me, my sisters, and my mom). We start off with eats, and then go to Target, and then wherever else we've all agreed to go. One year we were in Target in the jewelry section. Somehow, casually, without meaning to or even noticing she had done it, my mom stopped to look at something and parked the shopping cart wedged between two display cases, sideways (think parallel parking). We have no idea how she did it, and neither does she since it's not like she tried to do it. When my sister Alicia saw it she said "Um, what's this decision?" doing a wiggly finger-pointing motion at the cart. We all turned to look and started laughing, mostly because the "what's this decision?" statement hit the funny bone at that moment. It's now one of those inside joke catch phrases when we've done something seemingly senseless. 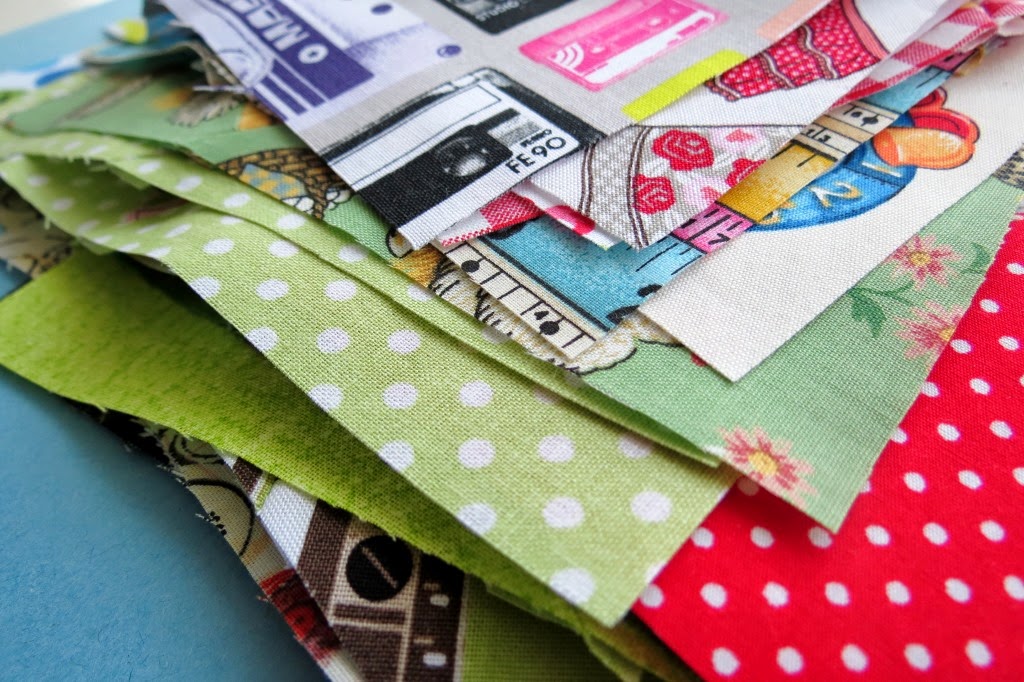 On to my point now... MONTHS ago I bought a bunch of fun fabrics as I had every intention of joining in the economy block-along that everyone seemed to be doing within a reasonable time frame. True to form they've been sitting nice and tidy waiting for me to cut into them, knowing they won't be touched until it's no longer a "thing" to churn out economy blocks. Then I lost my sewjo (which is sewing mojo). Recently, I found it again. And now my quilt is on its way.

I already decided on the name of it. I'm calling it my "What's This Decision?" quilt. Each block makes sense, but possibly only to me. Some have an obvious theme, some are quite a stretch of the imagination and blur the lines of logic. Some are "Oh, that's cute!" and others make my sister get a certain expression on her face and say "Ohhhhhh....oh" because she's wondering which of us is adopted.

I thought it'd be slow-going and that I'd maybe get half a dozen done. I have twenty-eight. It happened before I knew it. The great thing about a quilt that makes no sense is that there's really no chance of getting tired of the fabrics. I'm still excited and eager to stitch away, even with all the trimming. And I do mean all the trimming. Of which there is a ton.

I took photos of the blocks I've made already. Once I get them downloaded I'll share away. Don't worry. I won't hit you with twenty-eight all at once. Back soon!
From the convoluted brain of Bethany at 10:15 PM