Ack! Is it full speed ahead or what with the calendar lately? My goodness! I've just been hit with that "Oh dear, it's coming!" feeling that I get every year at this time when I consider my lists of have-tos and want-tos. I try to get them to sort out their differences in a mental cage match, but it ends in a draw and the end of the year is a mad rush instead of a peaceful stroll towards the finish.

Let's take a deep breath and look at this lovely sky-- 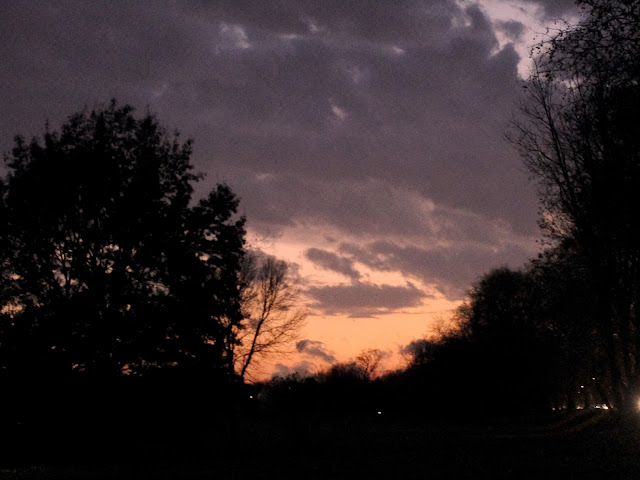 I had an amazing photo of clouds against the evening sky, but I very stupidly deleted it and couldn't recover it even after a frantic search entitled "how do I recover the photo I accidentally deleted even though I said yes, I was sure?" (the thought of getting a virus via a recovery utility I'd never heard of made me too nervous to even try, plus I'm not paying for that, so here we are).

Anyway...why are we here? Oh, yes. I have another shawly-scarfy thing to share with you. While conducting my birthday yarn store splurge, I had a pattern for the 'Pendulum' scarf in hand, but no ideas on color. The store didn't have the recommended yarn, so I had to be a diligent searcher. In a random cubby, I found a few hanks of Manos del Uruguay yarn that made me think of a happy little stream, skipping along stones, under shady trees and by sunny banks. There were a few color choices that would have worked, but I wanted a certain look. I must have sat there for twenty minutes just staring, trying to decide. Someone finally asked if they could help with a choice, and I blurted out "Which colorway makes you think most of a babbling brook?" and without missing a beat they responded "That one!" That's what I love about the crafting community--you can say insane things and people know just what you mean. 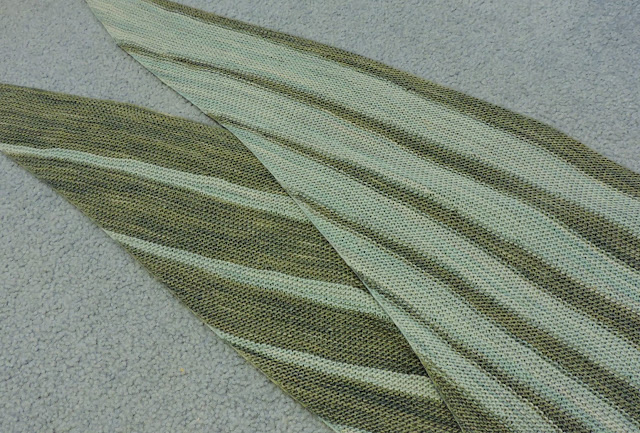 This shawlette utilized short rows to get the fatter-at-opposite-ends effect. I used German short rows because I don't like picking up wraps, but this pattern didn't require you to pick them up, so you can see a little bit where that little hiccup shows up. I just pretend that it's a pebble in the stream and a design feature, not an unforeseen occurrence. 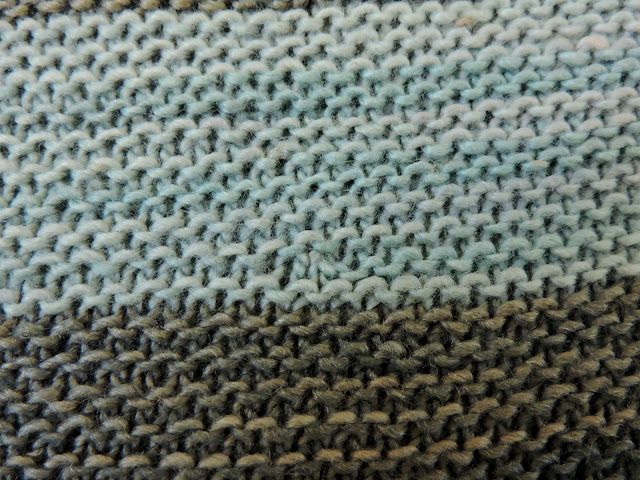 Even this close you can barely see it, but it's just about center. No biggie, just something learned.

The one thing I didn't love but I'm not sure what was going on was the very edge--it looks very pulled and stretched. But it doesn't feel that way. 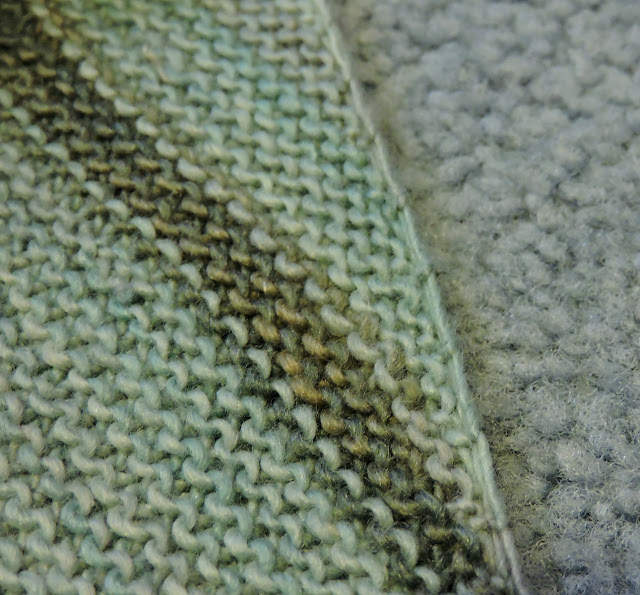 While I do really love the finished project, after about the midway point I felt numb, like I just could not wait for it to end. I didn't love paying constant attention and counting for short rows, which made an all garter stitch project a wee bit less mindless. I definitely had more yarn to up the size, but I was just very tired of this one at that point. I blocked it well, but the starting point wants to curl a little bit. I think it's just a thing that might happen with certain triangular knits. 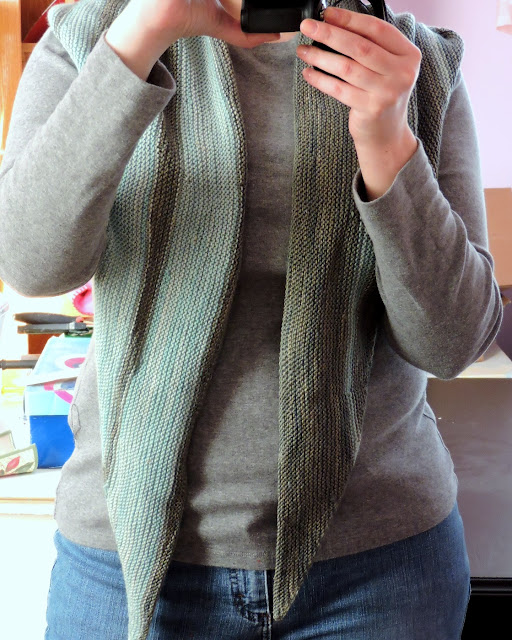 The yarn itself I don't know if I'd use again. It loved catching on itself, and wasn't a perfectly smooth twist as I normally like. It worked great for my melodious waterway idea, but I don't know if I'd love that dash of homespun-ness in something like a sweater. 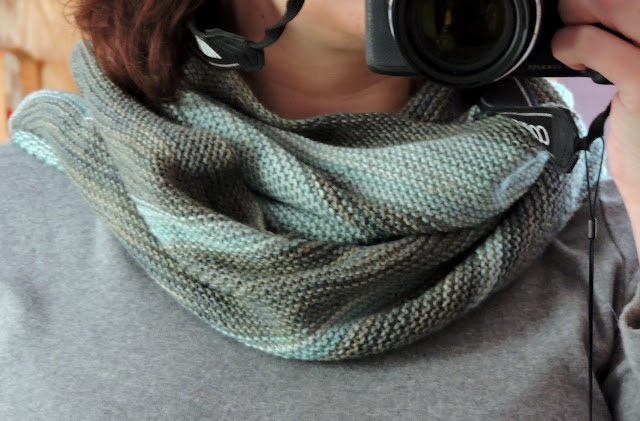 I do have two more to share with you (I know, I made a lot of scarfy shawly things over the summer), but I'll give you a break for now and show you some purses next.
From the convoluted brain of Bethany at 8:37 PM