Ahoy ahoy! I have been elfing so hard the past few days I almost can't wait to go back to work to get off of my aching feet. But now I'm drinking tea in a very Christmassy house and feel like everything is just right, so here we are.

I've mentioned before that my brother is getting married in a few short weeks. I had huge plans (well, plans) to make myself a bag, but true to form I neglected to think my idea all the way through and hit a block (one that was multi-faceted, and would have needed several creative solutions, each one possibly causing another problem--don't even ask). I probably could have made it work, but it almost certainly would not have had the look I wanted. If it's not going to look like the image in my head, I don't want to waste the time or materials. So I bought one. I know, don't yell, But I did.

Fast forward and my sister asked for a bag for the wedding. I had just finished some projects and thought "Oh, wow, I am done. It is unnecessary for me to sew another stitch this year unless I want to" when a wheedling voice came over the phone with a "Beeeeeee?? Wanna make me a bag?" I really can't say no to things within the realm of possibility, so we went fabric shopping. I thought it would take me a long time for some reason, but last Sunday afternoon it was wham-bam done. 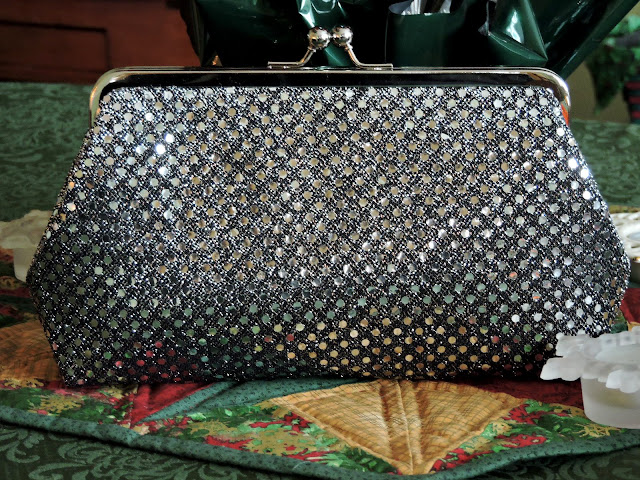 It's difficult to catch twinkle with a camera, but this thing is almost mesmerizing. It's quite a sizable bag, too. The frame is almost nine inches wide, so I'm guessing the bottom is about eleven? with a two inch deep bottom. 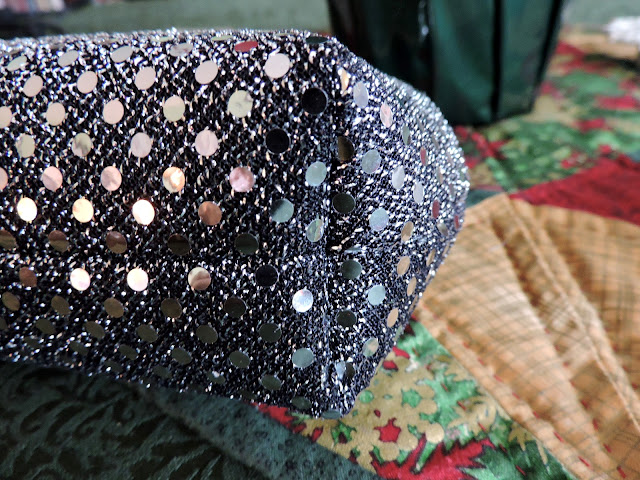 I wanted to use Bosal again for the interfacing, but I only had fusible on hand. I don't particularly care for the fusible, so I used some old, thin interfacing to fuse it to each side of the double-sided Bosal, and made it a sew-in. It worked just fine. Phew. The sequin fabric has some stretch to it, so I layered it over some solid black cotton (which is also the lining). It feels very sturdy but not rigid--it has squish without being soft, and structure without being stiff. 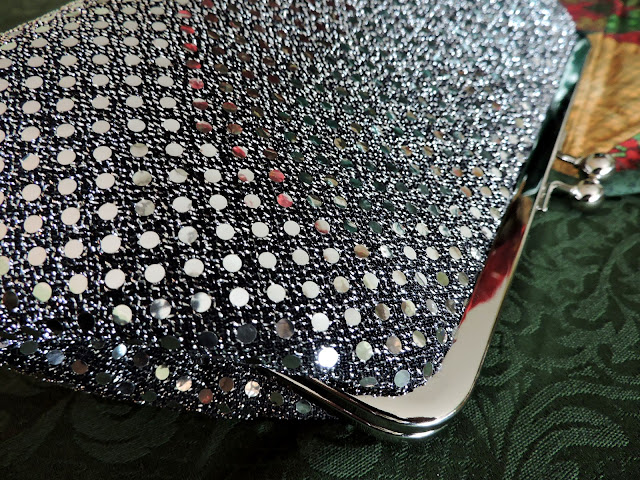 I have had this frame in my stash for about five years. I bought it on my one and only trip to NYC's garment district, and obviously never used it, so I was happy to finally do so. I tried to wait for dark to see what the full effect might look like amongst the Christmas lights, but obviously couldn't, haha, but this gives you a good idea of the shimmery-glimmeries of the fabric. 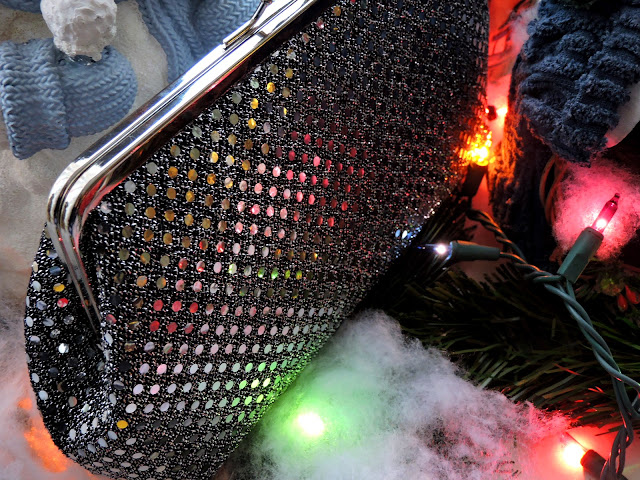 I made this bag about an inch and a half taller than I usually do, so it's definitely a nice big bag, but not like a suitcase. I was nervous thinking it might be too large, but it's not--it'll hold a good amount of stuff without busting at the seams. 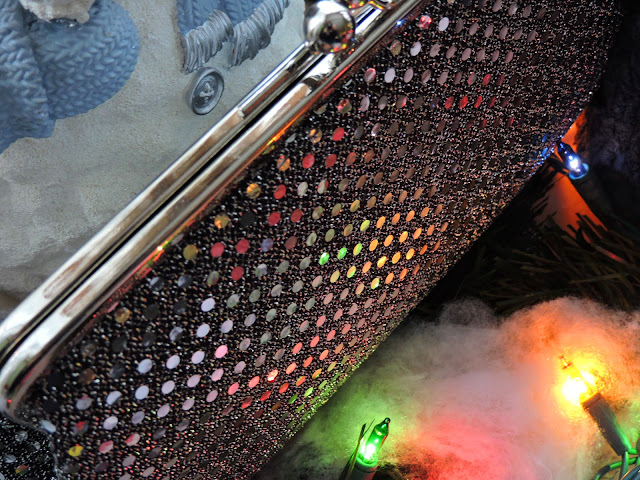 The only issue I had was with the stitching. Not thinking that it was glue holding those sequins to the fabric, things did get a little bit skippy at times, but nothing too terrible. I was able to go back over the skipped-stitch sections, and it was just fine. I gave my machine a very good clean-out, and tossed the needle, even though it was practically new. I thought this would be easier than fabric with sewn-on sequins, but I suppose you must pay in some way for all that sparkle.

So nooooooooow I don't have to sew another stitch if I don't feel like it. Although I probably will. I love sitting and crafting with the Christmas lights on, and the candles burning, and a mug of hot chocolate nearby.
From the convoluted brain of Bethany at 4:47 PM