Yes, It's the Same....as Long as Same Means Different

Often when I am faced with something I'm not in the mood for I find it's best to just start. Starting is often the most difficult part and once I'm in the swing of it I wonder what the big deal was. Such was the case with this bag. I thought if I did a little bit each day it would be easy to get through. But then, since I was going to do 'just a little bit' it was easy to put off. But on Saturday I went through it like gangbusters and now have the first bag of 2013. 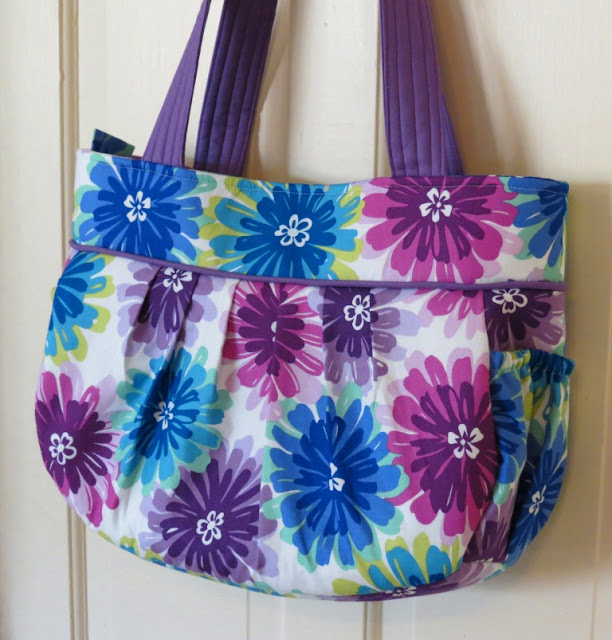 I've made this bag so many times I should be able to do it in my sleep, but I felt a bit out of practice so I had to consciously think of each step instead of going through the motions. I did a few things differently this time, though. First, I used a different interlining. I normally use fusible fleece for a soft, squishy bag. This time I was asked to try for something a bit stiffer. This is a curvy bag so I couldn't go ultra stuff. I used sew-in Peltex for this one. And jiminy! Did I have a time of it! Holy crap!!

It wasn't too thick to sew through or anything like that. It was just verrrrrry shifty. Even my handy Clover clips didn't do it - I had to use oodles of pins to keep everything straight for stitching. After it's all together you can't tell the difference until you touch it. If I were to go this route again I would do the sides with fleece, but give it a bit of stand-up structure by doing the gusset in the Peltex. 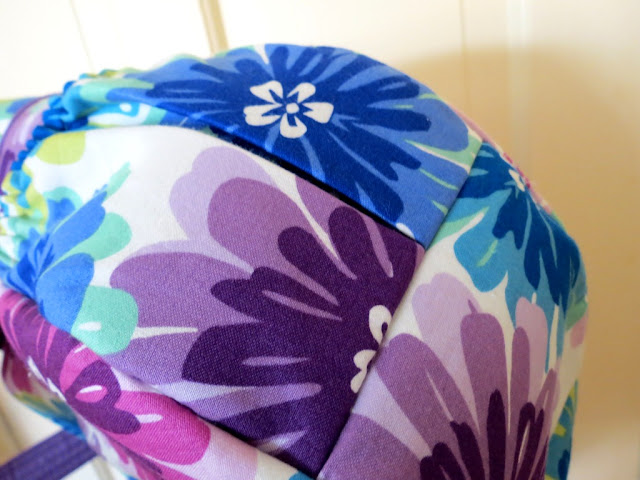 Another thing I did differently was how I sewed on the side pockets. I had the exact amount of fabric I needed so I didn't want to cut up the gusset and sew it into the seams in case I messed up. Usually I press a fold and then topstitch it down. This time I sewed it down first then folded it up so it looks like it's a separate seam but it's easier to do. 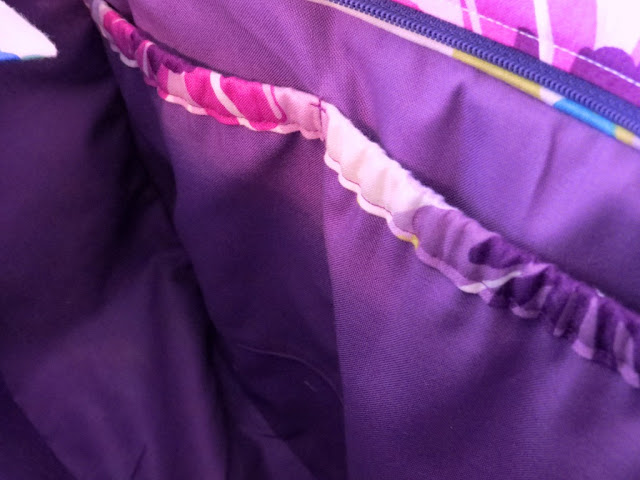 I also put some elastic on top of the inside pocket. Sometimes when I sew the pockets into the gusset instead of flat on to the lining piece I get a bit of a gap situation. This way the elastic tightens it up a little bit but doesn't restrict access to the pockets (I tried, and my fat hands fit in them :)  There's a regular zipper pocket on the other side. 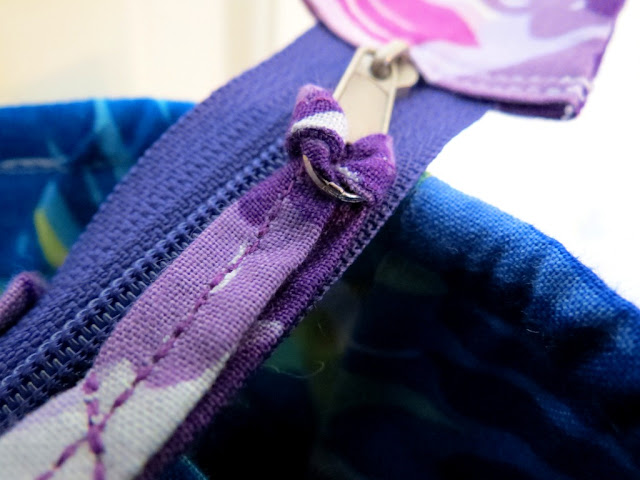 Also, I changed how I tie on my zipper pull tie. Usually I work the ends through and make a big cumbersome knot that seems weird. This time I figured out how to make that loop (which for some reason has eluded me previously). I stitched it down to keep it from getting lost, but it's on there pretty secure anyway. 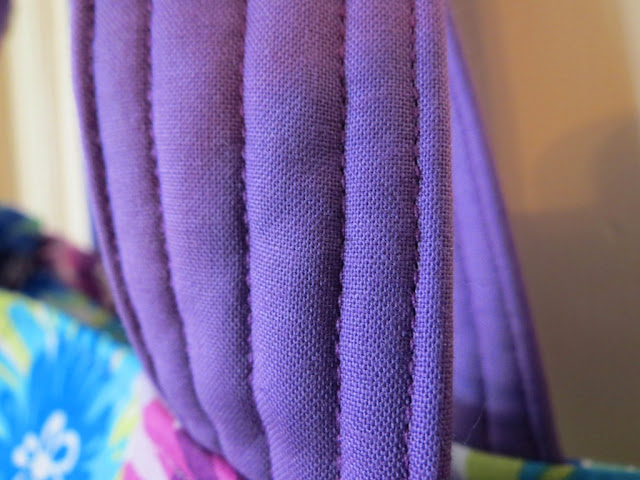 My new favorite thing to do with bag straps is to sew several rows of top-stitching. It makes for one very sturdy-feeling strap and adds a bit of a kick to it too. I enjoy little details like that. 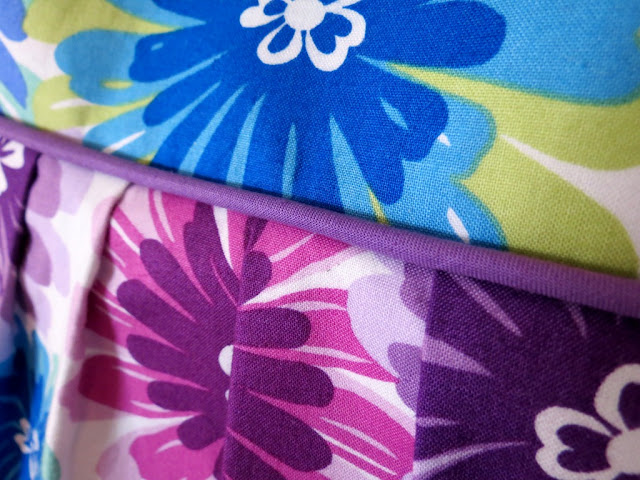 My eternal favorite with this bag--the piping and the pleats. This is one quite roomy bag that has quite a few pockets to it. It's for a friend of mine--it's her Christmas present. I know, whaaaat? I gave her a bag "gift certificate" for Christmas, anything she wanted, and she picked the design she always goes with. I was quite shocked by her fabric choice--she's very neutral, so I was surprised when she showed me this one. It was such a nice fabric to work with--very soft, yet sturdy. So I'm not sure if this is the first bag of 2013 or the last one of 2012...but here it is.