A few more hours until the long weekend starts (here in the US...maybe elsewhere...I don't know for sure). I'm so ready for it. Sometimes you just need that day. I'm deciding if I want to work on a few orders, sew up one of the bags for the June zip-along (I've already got two done--woot!), or sew a few shirts for myself. Maybe I should do the shirts, as the others will happen no matter where I place them in the line-up, but if I don't do the shirts right away they might not get done. Decisions, decisions. Life should always be this hard.

So let's see what was up this week, shall we? 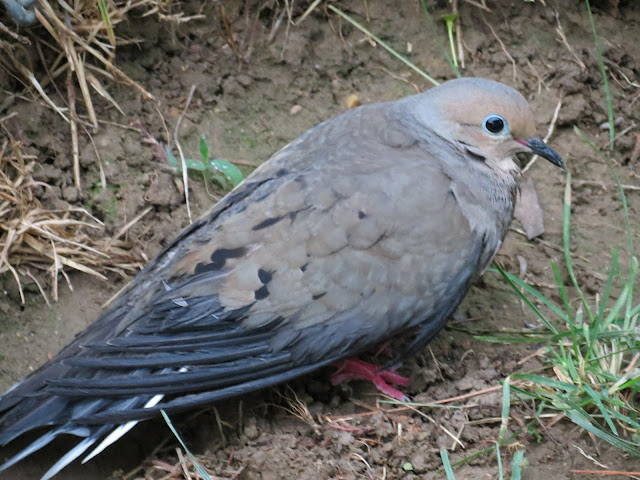 Sunday evening one of my brother's friends came over for dinner with his little girl. They came in afterwards wanting to get my brother to see 'a bird flopping around out there' as my brother thinks of birds as I do spiders. There was a branch of sorts stuck into this bird, and not knowing what else to do, we pulled it out. There was no blood, or wound, or anything, and it was one of the strangest things ever. I thought a neighborhood cat would grab it so I made him bring it closer to the house. It just sat there, seemingly in shock, in the grass for a while, while it's little mourning dove spouse sat in a tree watching. We went inside as what else are you going to do? A few minutes later my sisters went to check and called on me. The bird had moved a few feet away and looked alert and OK. Where it had been sitting was this... 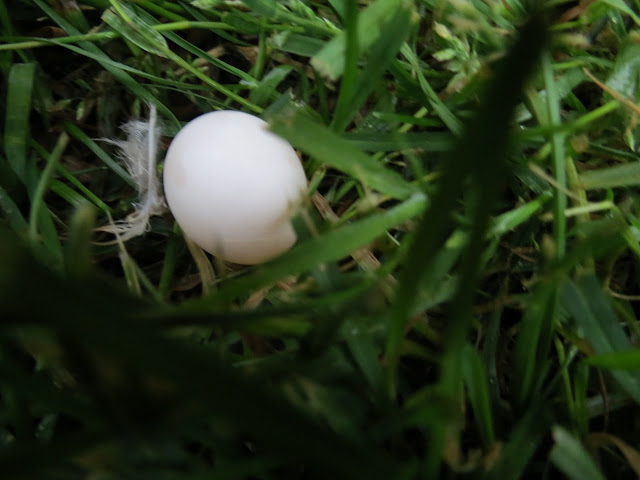 A teeny egg and a weird wet feather. After a while the bird was completely gone, and we didn't find anything that indicated that it had met its demise at any point. So we have no idea if it was injured with that branch in it, or if it was in labor of some sorts and we were just bugging the hell out of it. Very strange... I have no knowledge of birds other than they make my brother scream and run. 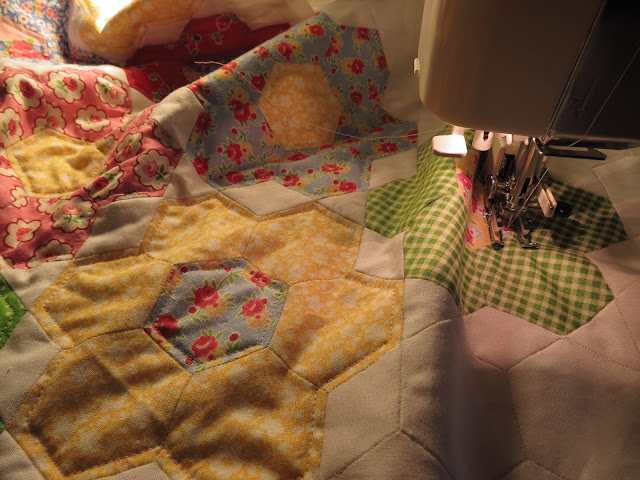 My upper back ached for two days after I finished quilting this. I forgot how many twists and turns there would be. So many... This teeny little thing is going to be a bugger to the end. 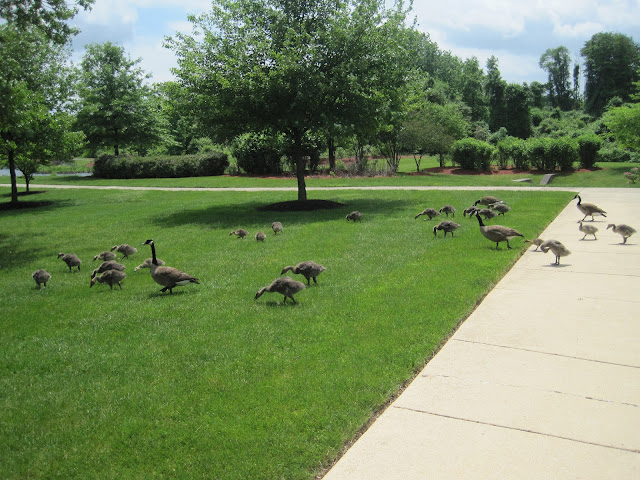 They're baaa-accck! Honestly these little geese make me smile as much as they make my co-workers groan. There are (I think) three or four adults training their kiddos how to hunt for worms and such. Absolute fuzzy adorableness. And so focused!! They just kept staring at the ground and toddling along. 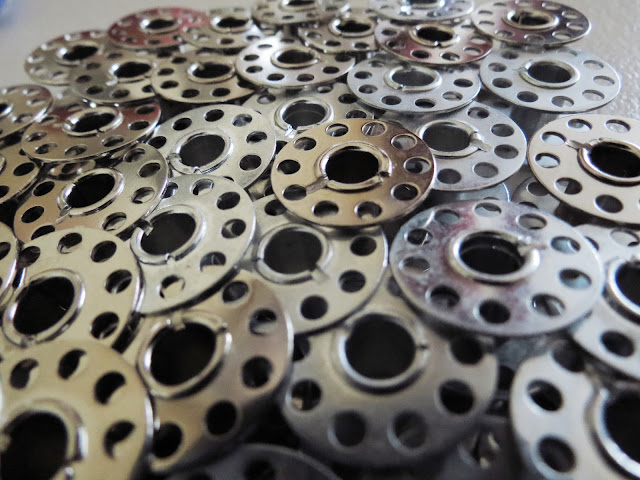 I decided to switch all my bobbins from metal to plastic in a strange bout of executive decision-making. I was having an issue with Ophelia and when I googled things I saw that EVERYone recommended the plastic. Though that was NOT my issue (my thread was actually catching on a rough spot on the spool) I made the switch anyway, gathering the metals like a flock of penguins as I rewrapped a rainbow of thread.

So there you have it. Kind of eclectic and weird. Just how I like it. I'm hoping that by tomorrow night I'll have the binding on my hexie runner (I'm doing it by hand) and then I'll show you the final bit. After months and months of rambling you deserve it :)
From the convoluted brain of Bethany at 10:56 PM