Well, she's done. After almost a whole year (which my dad even noticed--"You've been working on that a long time, haven't you?") it's all done. Much of that time has found this project sitting and waiting--it surely is not a one-year project in the hands of someone more consistent (or with less time spent at the sewing machine). But it's done. It feels anti-climactic. I don't know if I thought angels would gather to sing, or a troupe of tap dancers would rise up and regale my efforts with a kicky tune or what. But it was more of a much quiet "Well...there it is" moment. No matter. It's done and it's perfectly crinkly and that's what matters.

Looking at this now I would have extended that center row a little more on each side so the color extended to the edges, but with it staggered like this I don't know that it ever would have met the end I may have achieved if I had, oh I don't know, planned this out. Or measured. It should be a little longer for where I have it but it's finicky-ness and not true aesthetics that drives that opinion. 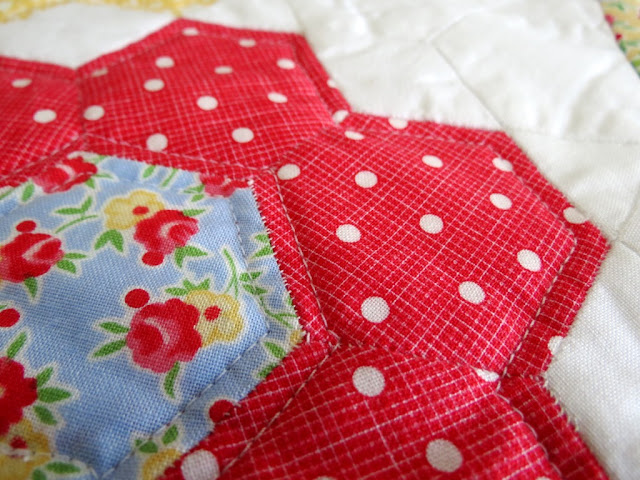 It's funny how in some spaces you can see my stitches and in others they're almost invisible. I quilted the colored fabrics only--I did the perimeter of the hexagon and a matching line just over the seam, and the perimeter of the flower. My back ached after working on this--so many twists and turns and stops and starts and quilt wrestling. Sooooo glad this wasn't larger. 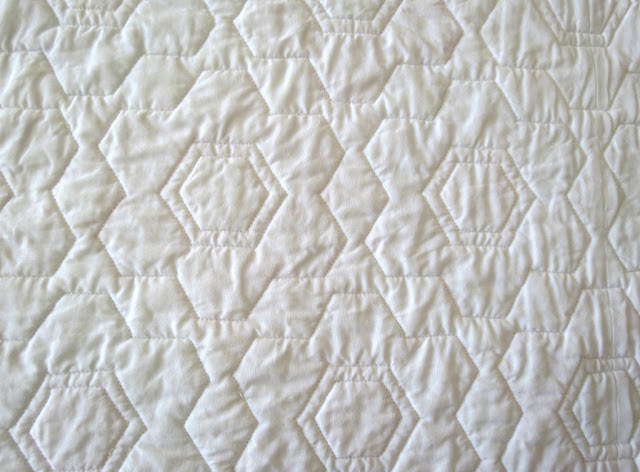 I used a piece of plain white for the back (you can see the seam in the extreme right of the photo) and it shows the quilting very well. There are so many shapes and geometricalities (made that word up just now, BTW) that it's quite fun to look at on the back side too. 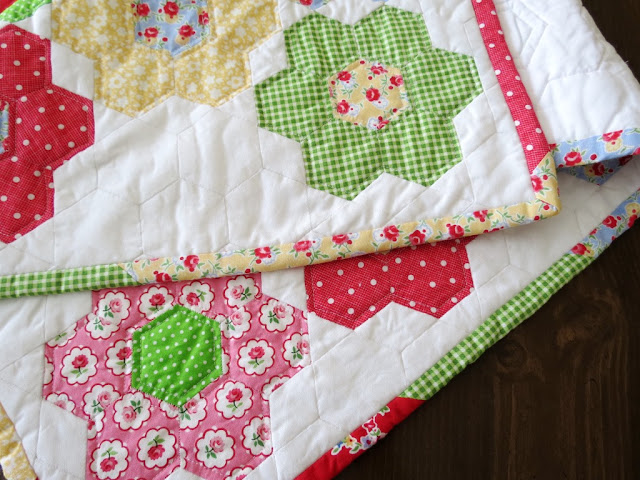 I was so happy that I had just the right amount of strips cut from when I was cutting the fabric for the hexies that I forgot they weren't bias-cut. I always cut my bindings on the bias, and I do notice a difference when I don't. But I couldn't bring myself to hack into the remaining fabrics for a few bias strips, so here it is. I thought I had cut just enough for the perfect amount, but I forgot about mitered corners and a little extra for finishing it off, and then I goofed it and needed an extra strip so the green checks are in there twice. I do love a scrappy binding, though. 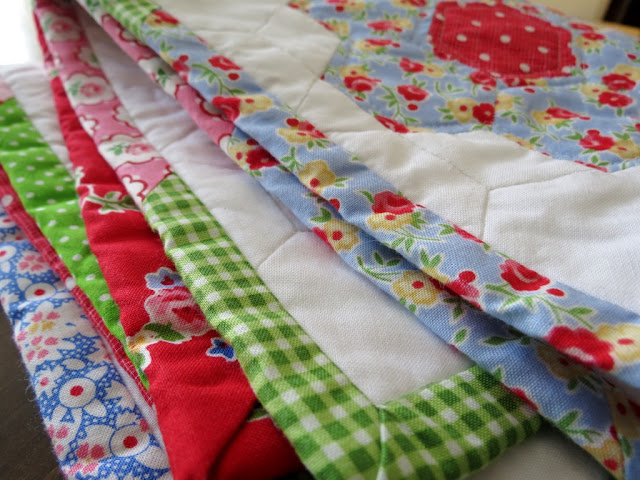 I hand-stitched the binding down on this one. I felt like it was only right, since it started as a hand-sewing project, after all. I forgot how much I dislike doing that, but I made the binding extra wide so machine stitching it on wouldn't have looked too good. 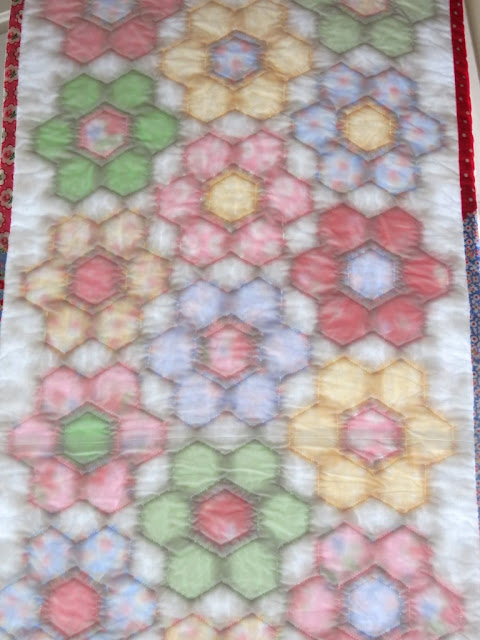 When I was folding this up the sun came through in just such a way to make it look like it's underwater. My mom is holding it up for me--she threatened me if any part of her showed up on this blog, so just imagine her standing to the right with a very intimidating look on her face. 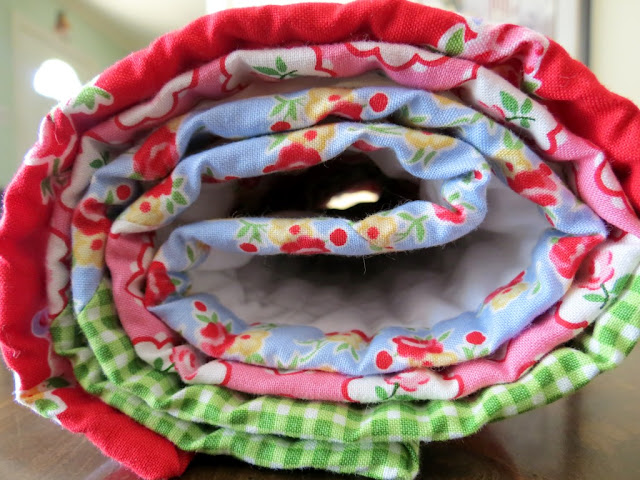 I ended up using my own method to get my binding just perfect, but a lovely reader alerted me to a video that shows how to use the binding tool that messed me up when I tried to use it, so I'll be giving that method another try. I was watching it the other night and "talking" to it: "That's not very clear in the directions! How would you expect people to know that? Yeah, you'd better have put a tutorial together!" and all sorts of things like that. I get so adamant about strange things. 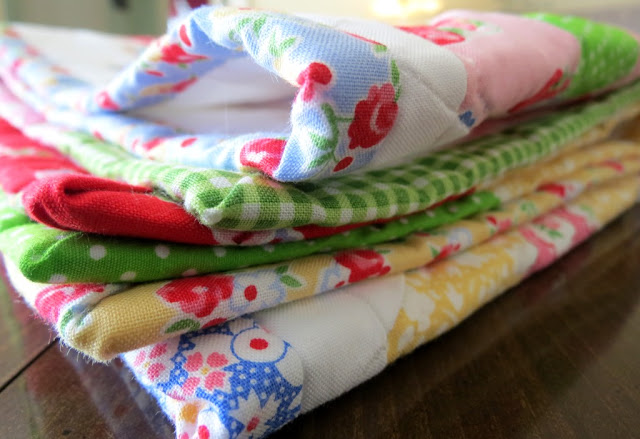 So that's one more thing checked off the list. I do love making checks on that list. I don't like having more than one hand-work piece in progress at a time as it makes me feel overwhelmed, so right now I can work on my afghan and not feel like I neglected something else in doing so (yes, crafty projects do come to feel like children or chores after a while :)

I'm off to chill--our picnic yesterday has left me tired. Happy Memorial Day!
From the convoluted brain of Bethany at 12:32 PM