That's not a typo. It's not supposed to say Coach, haha. A few months ago my cousin called and asked if I could make a few handbags for the bridesmaids in her friend's wedding. Normally I shy away from weddings for a few reasons: most of the time the bags all have to be the same design and I get bored, or there needs to be an exACT color match and that is VERY difficult to do. The exception was my sister's wedding--each bag was different and the fabrics were supposed to contrast with the dresses so they were pretty fun to put together. Anyhoodle, she talked me into it. I asked her what kind of fabric and she told me they'd pick it out. I offered a few suggestions, but was told that her style is "weird--she likes vintage, and floral." So for any of you vintage and floral lovers--you're now categorized as weird :)  The box plopped on my doorstep a few weeks later. I eagerly opened that box and promptly thought "Oh." Definitely not my style. It didn't have to be, of course--but I just couldn't envision this fabric turning into bridesmaid bags and going with the dresses she described. Take a look: 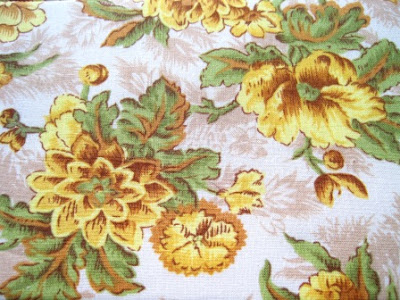 The fabric is April Cornell's 'Flower Bouquet Rosella' from Joann's.
It has its own charm and its own place, but not for summery bridesmaid bags. My sister said she thought the fabric looked like a couch our grandma may have had. I was not looking forward to this because I didn't think I could make this print look cute on such a bag--as a larger tote, or as home dec items, sure, but not a tiny bag. She had picked out a bag from my site she had seen a while ago--very simple, very small, and very plain: 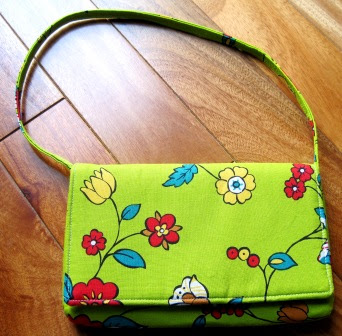 In my attempts to make it larger and a bit cuter of a shape, I ended up making a bag that was too large and waaaay too mature looking (not to mention a tad crooked where I sewed the magnetic snap too close to the edge): 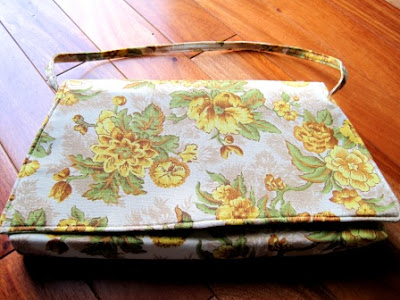 Here's just how MUCH bigger it was: 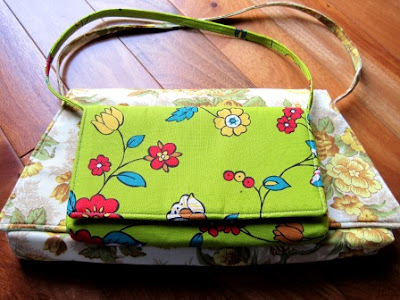 She wasn't thrilled. Neither was I. We ended up deciding to go with my wedding bag stand-by (see here and here--a shrunken version of the good old Buttercup Bag: 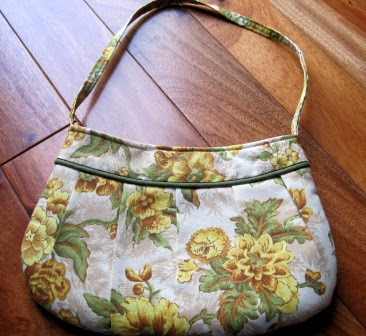 And these I think came out pretty adorable! Because piping and pleats make everything better :) 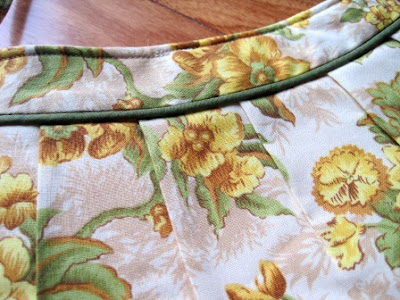 I haven't used store-bought piping before so I was pretty happy with how it worked out. They're not my favorite bags, but by softening the shape and adding a few details it made the bags much more dainty. I shipped them off and she was thrilled with them. 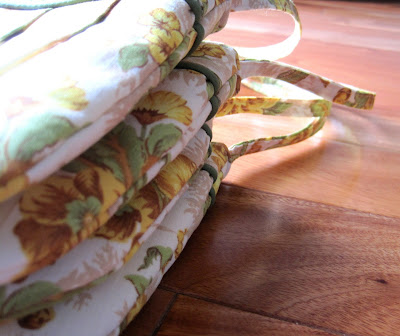 Usually when I say something is challenging it's because there are techniques that are new, or too much precision for my taste, or weird angles and curves. I don't know if I've had something I've made a gazillion times before be challenging because I was trying to transform the actual look of a fabric. But all's well that ends well so we'll cross this one off the to-do list.
Linking up here:

From the convoluted brain of Bethany at 2:50 PM