I know it's kind of early to be thinking Valentine's Day already (although Blogland is full of ideas already, and at this same length of time before Christmas everything was decorated) but a little color was needed. The thing I dislike most about the post-Christmas dreariness is how everything seems so bare and colorless. I get so used to cozying up on the couch with twinkly lights on everything that I miss the warm glow when they're gone. So between things I've made and things I bought at the dollar store or Michael's, my mother and I worked up a pretty, sparkly Valentine's mantle. Just to cheer up the very gray days we've been having. 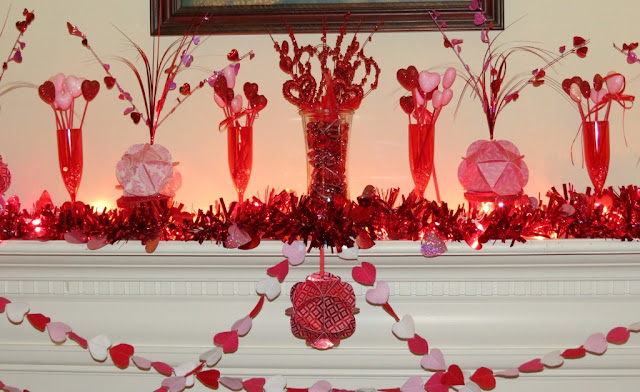 It's only fair to give you a glimpse with crappy flash photography.

And with all the lights off. I love the shadows that the lights throw up on the wall. 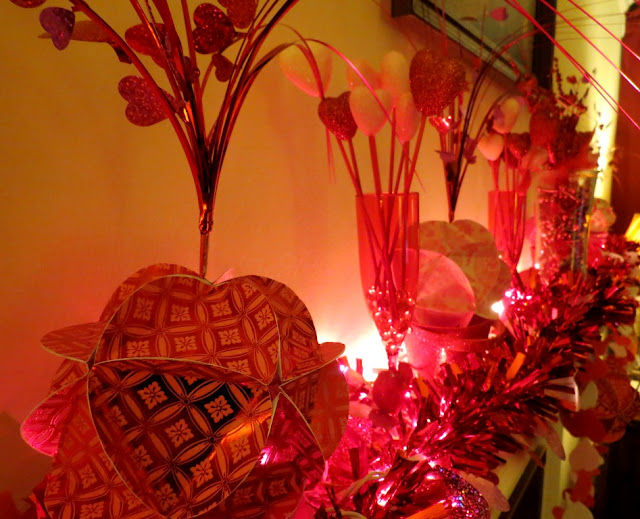 Most of the stuff is easy-peasy-nothing-special...weezy. Yeah, that's it. The heart garland hanging in front? Find the tutorial here--it's super simple. The big paper balls nestled in the little sparkly buckets? I mentioned them/linked to the tutorial here. The sparkly garland, buckets, and love lights are from AC Moore (like Michael's, but I don't think as widespread). 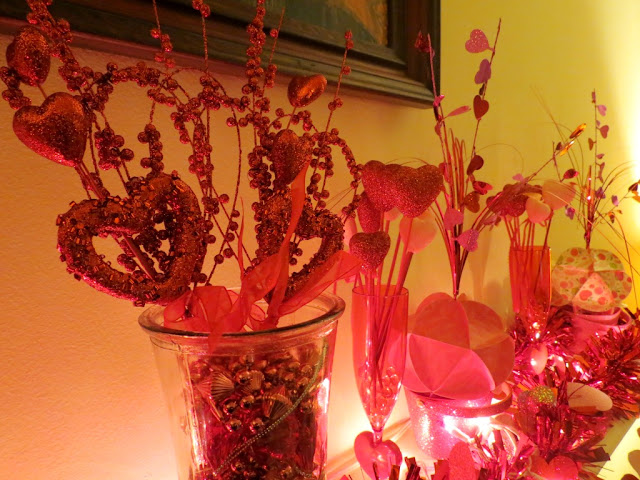 The plastic champagne flutes with the sparkly hearts on sticks are all from the dollar store. They get a little top heavy so there are some beads in the bottom for a bit of extra weight. 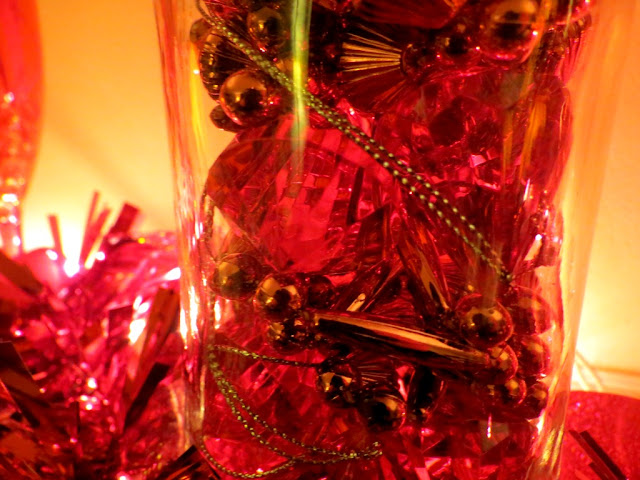 After Christmas many places had a lot of Christmas items on sale. I found a few strands of pink garland, and  box of giant ruby ornaments nice and cheap. I crammed them in this vase to catch the light. I contemplated cutting off the silver hanging threads, but you never know when you'll need certain things for other purposes so I left them--extra sparkle never hurts anyway, right? 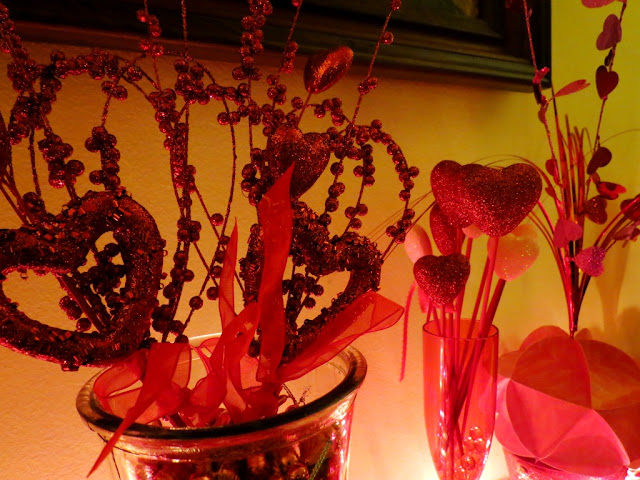 Crammed in the top are two beaded heart sprays I bought at Michael's. To the right you can see some shiny heart bunches--got those at Michael's, too. They're poked through one of the tiny holes that forms where the pieces come together on those paper globes. It keeps them nice and upright, and everything at the same height, for the most part. 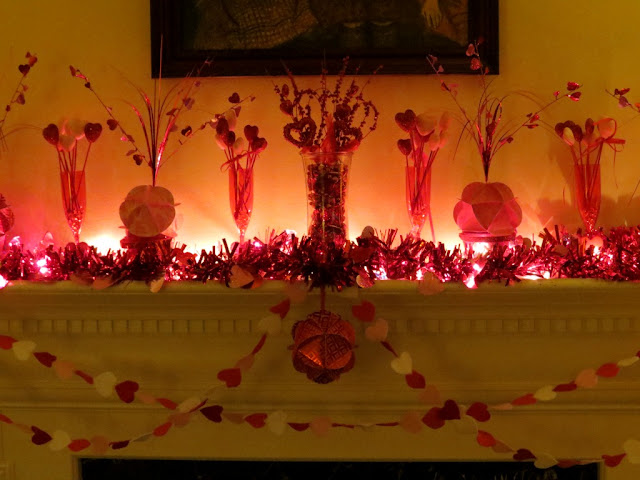 So that's that. It definitely adds a bit of a warmth to the room. I cant' wait to light a fire and have the whole wall aglow. I don't have much in the way of sewing going on at the moment, so I've been able to hook up a storm. I promise I'll show you pics soon. It's a new-to-me technique, so I wanted to make sure I had it down pat before I showed you anything. Back soon!
From the convoluted brain of Bethany at 10:50 PM