I really wanted to make a sparkly wintery wreath for after Christmas. I bought a bunch of stuff at Michael's for way cheap the day after Christmas. And then it hit me. I don't really make wreaths that don't require simple knots or wrapping something around something else. I spread everything out and stared at it and moved a few things around and couldn't come up with much. I forced my mother to help me, and since she'll just sit and play without creative constraint something good usually results. So for about ten dollars we ended up with a pretty, sparkly wreath to make the front door look a little less naked. 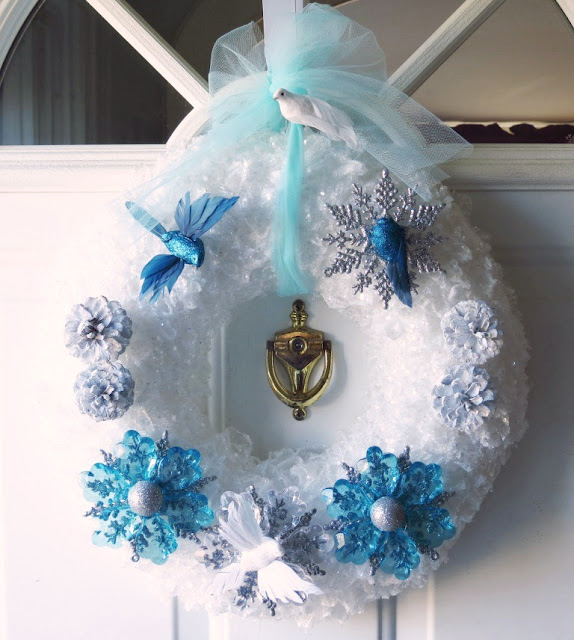 My brain had it in it that I wanted the aqua tulle wrapped around it somehow, but the wreath I bought was made of stuff that made that impossible (buying a discounted white Christmas wreath was cheaper than a foam wreath--isn't that crazy?). I thought that wrapping it in tulle would make it stand out a little bit more, but oh well. One must go with the flow. 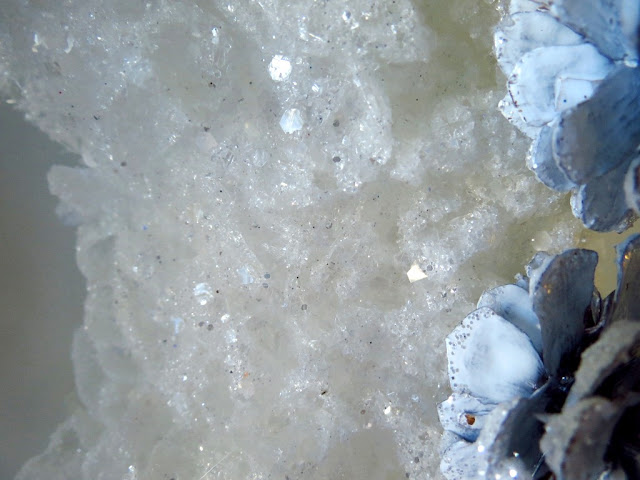 I do madly love the bright blue of the snowflakes and the birds--I don't think they would stand out quite so fabulously if the background was aqua, so in the end it all worked out. 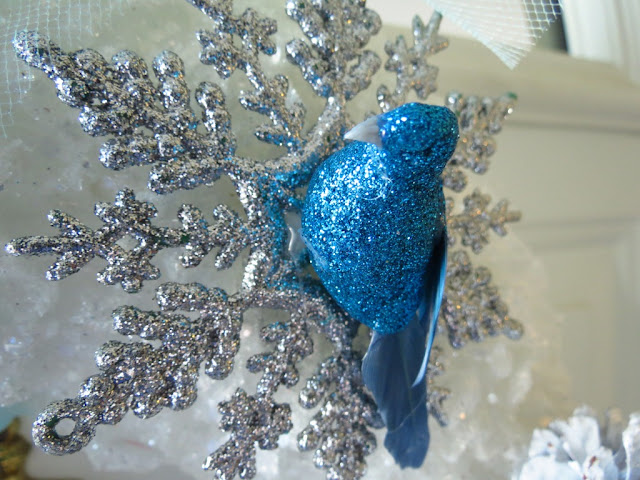 My brother has a fear of birds that may just rival my fear of spiders (except mine is completely rational as spiders are evil and want nothing more than to kill me in my sleep), so I guess he'll have to use the back door from now on. There are four miniature glitter birds on this thing, and we all know how that could make any sane person cower in fear. 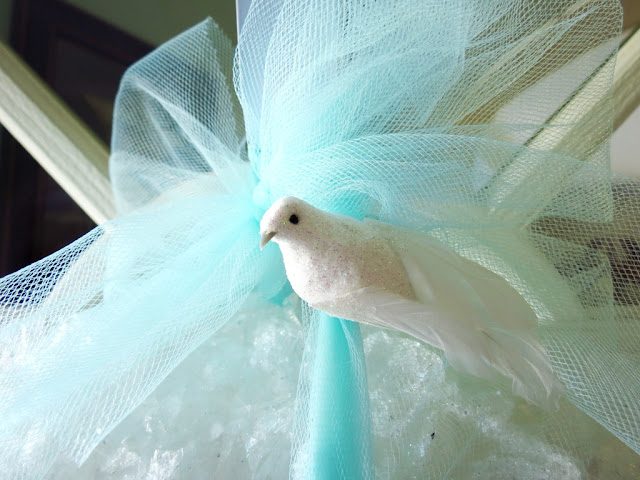 I had my doubts about the hot glue holding these acrylic snowflakes onto the wreath, but that's one solid bond. The center of the flake flower is a little glitter bauble cut in two (they were plastic so not difficult to cut at all...at least it didn't look difficult when my mother did it). 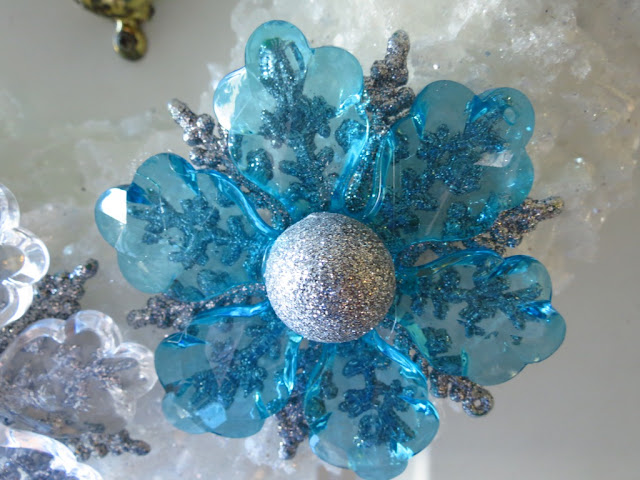 We made this on New Years Eve. I don't go out for that one--I'm much happier at home and cozy, but I always try to have a project on hand that isn't the norm. This one was fun--I like when other people get in on the crafty action. My mom's a creative thing--she says she doesn't know how to do anything and is thus of no creative use, but that is the exact type of person who often comes up with great ideas. I was spreading everything out and trying to get it all crammed on there but she came up with the idea of layering everything. That's my favorite aspect of the whole thing. So that's that. The first finish of the year. Technically I guess it was the final craft of last year, but it was 2013 somewhere so it qualifies :) I love its snowy look, and the simplicity of it not being too crammed. The only thing I would change is to find smaller pine cones, but my love for the twinkly blue crushes that sentiment to being not much more than a 'meh' kind of feeling.

I'll be linking up here this week: