Ahoy ahoy! It's been quite an interesting week around here all around. Here are my little moments I captured just for you :) 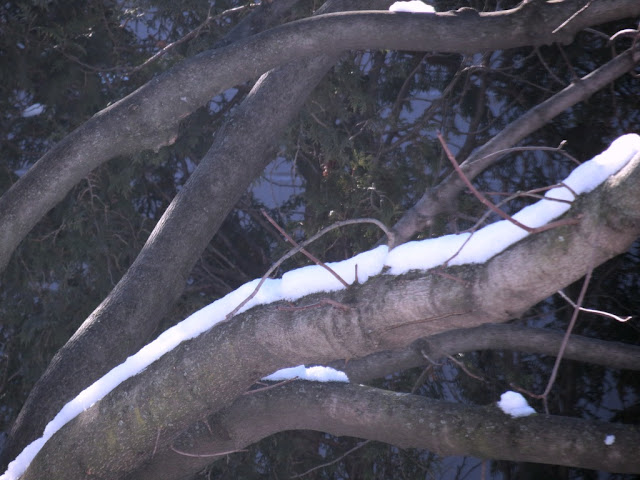 Last Friday we got a wee bit of snow--enough to make the evening commute slow but beautiful--the soft headlights hitting the white flakes gave everything a quiet glow. It was almost all gone by the next day. 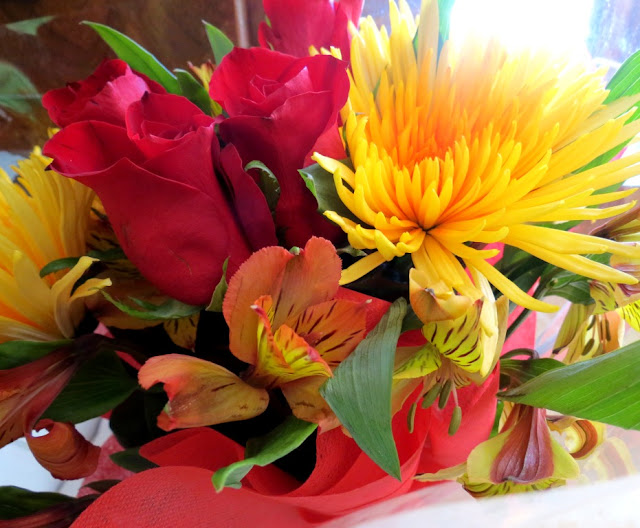 My cousin and his girlfriend (who we're in love with--she's so sweet!) had us over for a yummy dinner. We brought these flowers with us--I wish we had bought some for here. So warm and cheery! 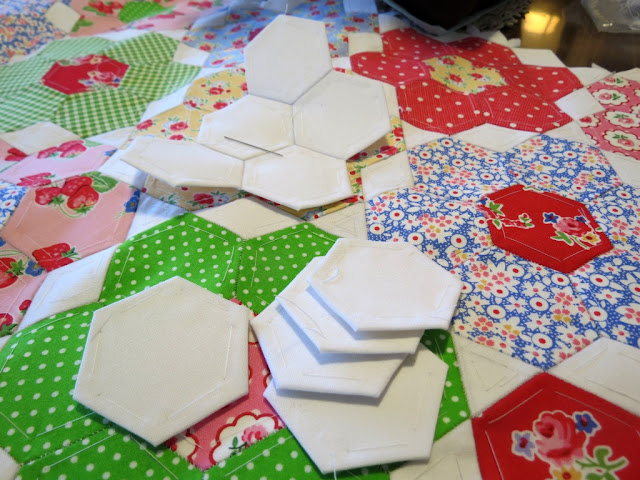 I now have the short sides filled in with white, and just have to do the top and bottom (which could take a while). I can only work on this in smallish doses--it's not exactly easy on the fingertips. I think I'll cut the papers out very soon so it's not so cumbersome (I've been too lazy to do it). 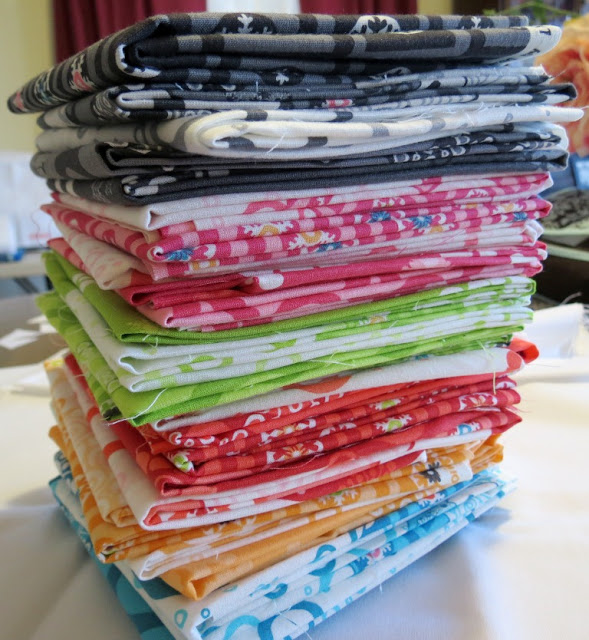 Back in the fall I decided I did not need to add Winterkist to my stash. Then last week I saw the quilt Katy is making and tracked down an online shop that still had the whole line. I called and asked if I could get a FQ bundle made up instead of half-yards and they did. I'm waiting on some solids to come and then I can start thinking. But not doing--I have other projects to finish first. 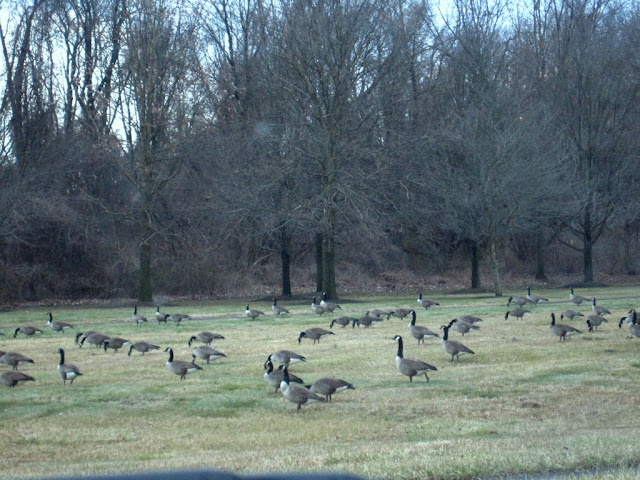 We have a large pond behind my work that attracts tons of geese. They were covering the back lawn the other day--I could only discretely get one pic, but there must have been over a hundred of these buggers. 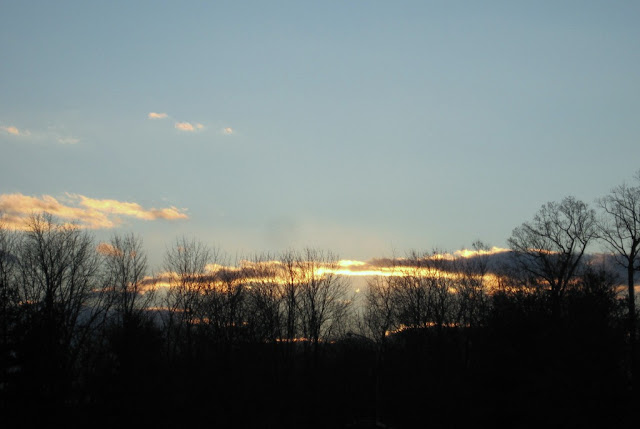 We went from snow, to seasonable, to warm and humid, to extremely windy and cold, all in the span of one week. You can tell it's getting darker later now as there are no more purple skies at quitting time. 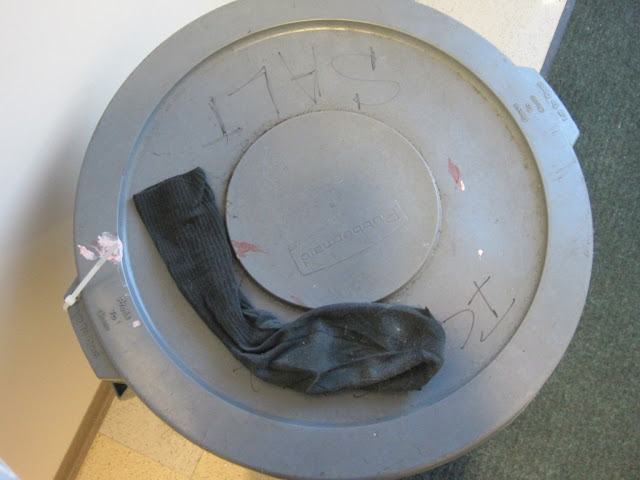 This made me laugh. Just inside the door on the can of rock salt (at work) was a random sock. I hope it fell out of someone's gym bag because otherwise I just don't understand a) where it came from and b) why it was saved and placed in an arbitrary lost and found. My work campus is on private property and fairly isolated. But even if it wasn't--how does one leave behind their sock like that? Someone's wig was in the street the other night when we were going out to dinner--just laying there on the asphalt. Classy. But amusing.

I'll be at my sewing machine this weekend--how about you?
From the convoluted brain of Bethany at 9:44 PM