Well, folks, here we are. One year of posting random photos for your viewing...I'm just going to go with pleasure. This is the final one as it's been a year and it hasn't brought me the photographic enjoyment that I thought it might, but I have loved checking in in a random sort of way, so I'll have to think of something to replace this. As you might expect, this week's photos were full of Christmas. We had four snow storms before winter actually started, and then the first day of winter was in the seventies. Not very festive. But for Christmas it dropped back down to biting cold, which is how I prefer it. When I drink hot chocolate when it's warm out it's gluttony, but when I do it when it's freezing it's for pure survival. Musn't freeze to death, you know. Even though I'm indoors. Well, I'll just get on with the photos before I forget that's why I stopped in :) 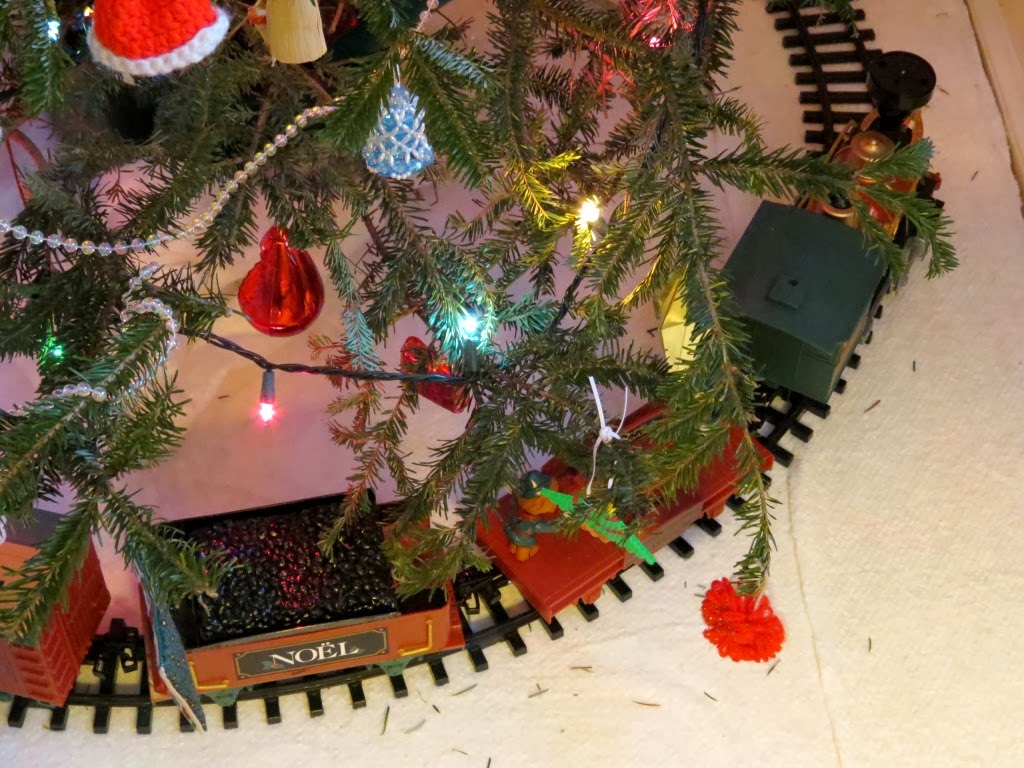 This is the train my dad bought so A wouldn't give him a series of minor heart attacks every time he touched his old vintage trains. The train is bad enough to hear as the whirring is kind of loud, but when you hit the audio button with the whistles and music it can make you feel right loopy. But Christmas is for kids so you have to endure, I suppose... 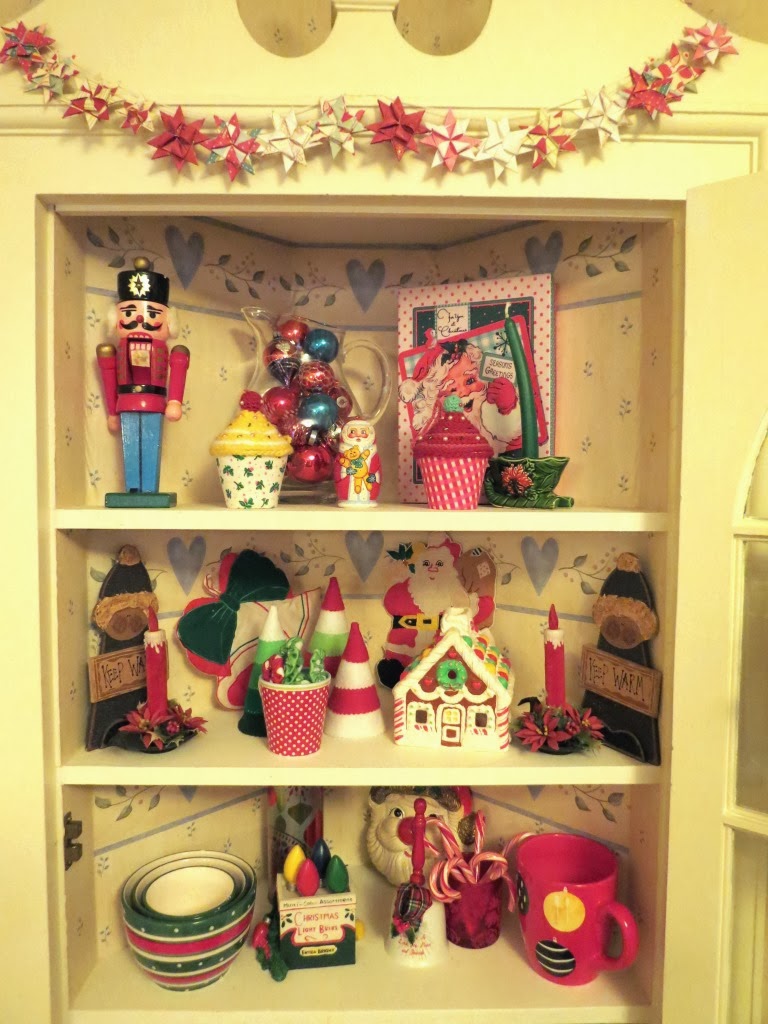 This is the corner hutch in the kitchen. It's my favorite part of our decor. It's a mish mosh of stuff that doesn't have an official spot, so it becomes bright and eclectic. I love it. Probably because it's so simple and I don't have to figure out what plugs in where and what bulb blew and so on and so forth. 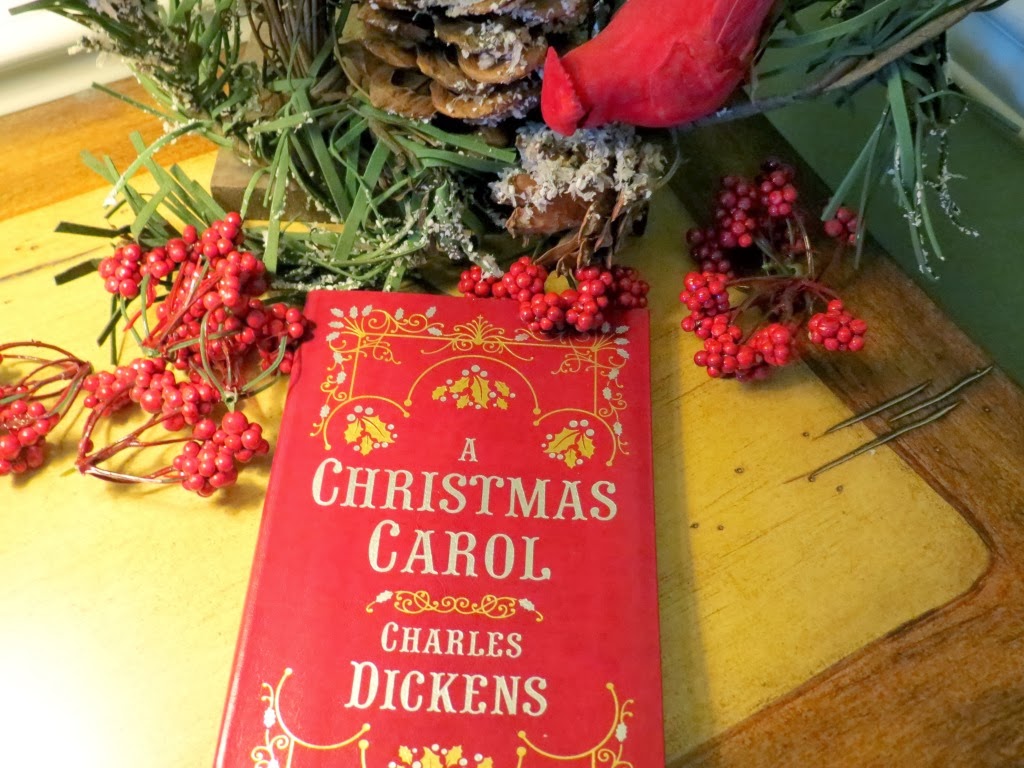 I absolutely MUST read this book every year. Especially since I bought this elegant looking little volume this year. I simply didn't have time until the day before Christmas Eve. But I finished and I feel like all is right with the world. I must read this book and watch 'A Christmas Story' or it's just not Christmas to my mind. 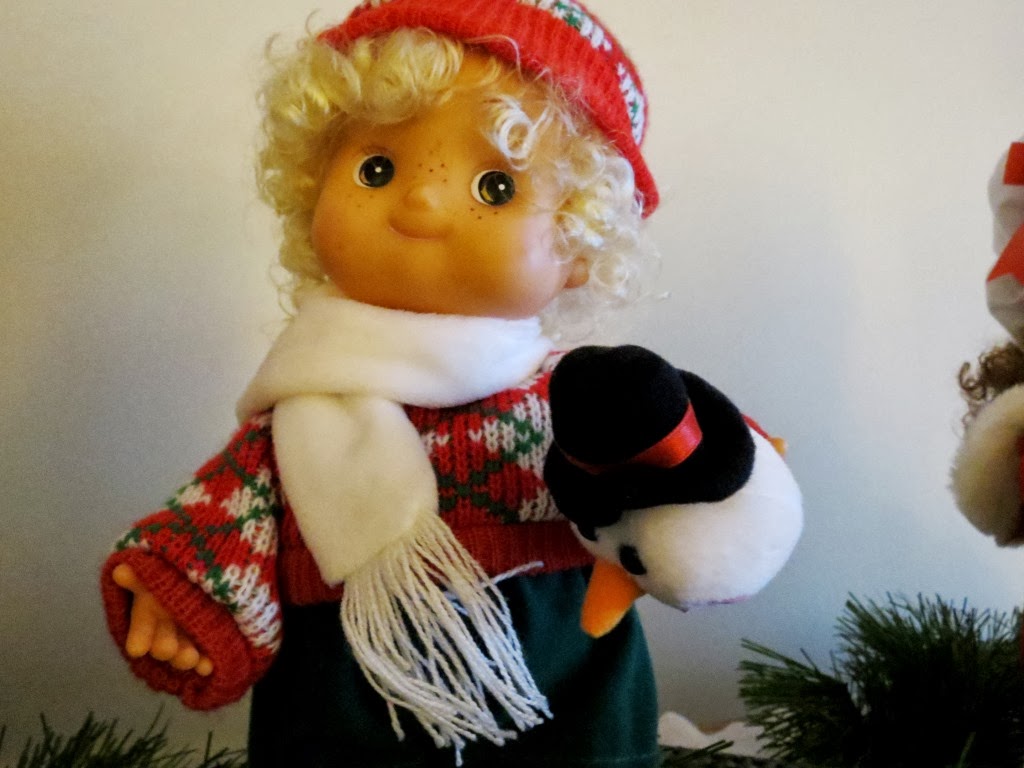 I've done a LOT of laying around this week. And when you're laying around doing nothing you notice weird things. Like how this little animated boy appears to be quite pleased that he decapitated a snowman. This is years and years old, and I've never noticed it before. 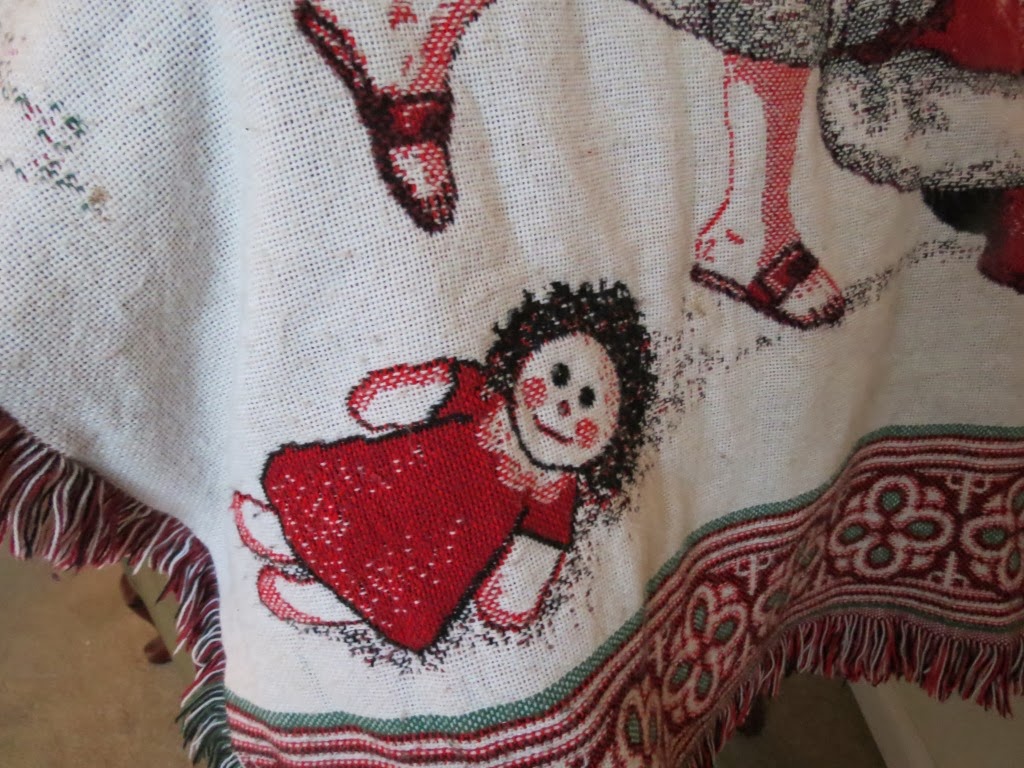 And this blanket. The full picture woven in is of an angel hugging Santa. But today I zeroed in on this macabre little element that looks like someone murdered something in the snow. I had to refold the blanket as it's quite freaky if you look too long at it.

I'm hoping your holidays were grand. I got some new accessories for my camera, a delightful bee necklace :) and a Kindle Fire. I have been so busy solving some very important hidden object mysteries. Best take the break now, because I've already got lots of curtain sewing on the horizon (which will be great for the post-holiday quietness that is January).

Have a good weekend. I'm going to continue with my very busy periods of sitting and crocheting.
From the convoluted brain of Bethany at 4:33 PM