Ever since we headed downtown a few years ago we've tried to have a Christmas outing of some sort. The last two years, our outing has been a nice Christmas dinner at different restaurants. Things just got too hectic or the planning too complicated to do any more. I'd love to hit the Christkindl Market again, but that day has a lovely warm place in my memory, and I don't know if any other visit could measure up to it. Plus there's always the appeal of something different...

So that's what we did this past Saturday. We went to a village, but a very different one. This year we headed about an hour away to Peddler's Village. They were having a Christmas festival so we thought that might be fun. I'm not sure where this whole festival was located, but all we saw was a few guys on guitar singing Christmas songs and some folks selling hot cider. Anyway, walking around a village of beautiful shops with lights twinkling and Christmas in the air is my kind of day, whether there is a festival going on or not. 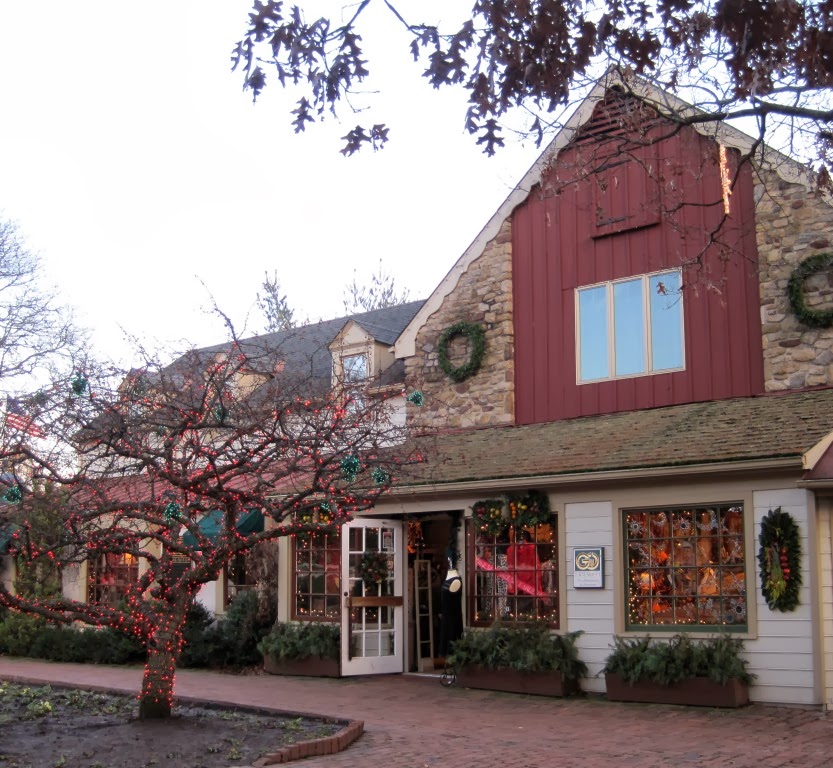 I have always thought I'd be the perfect person to live in a town that boasted shops that looked like the above. And I would be. As long as no one else was in those shops while I was. I don't do well with elbows and squeezing, and tropical temperatures that make me wonder why a warm coat was necessary. 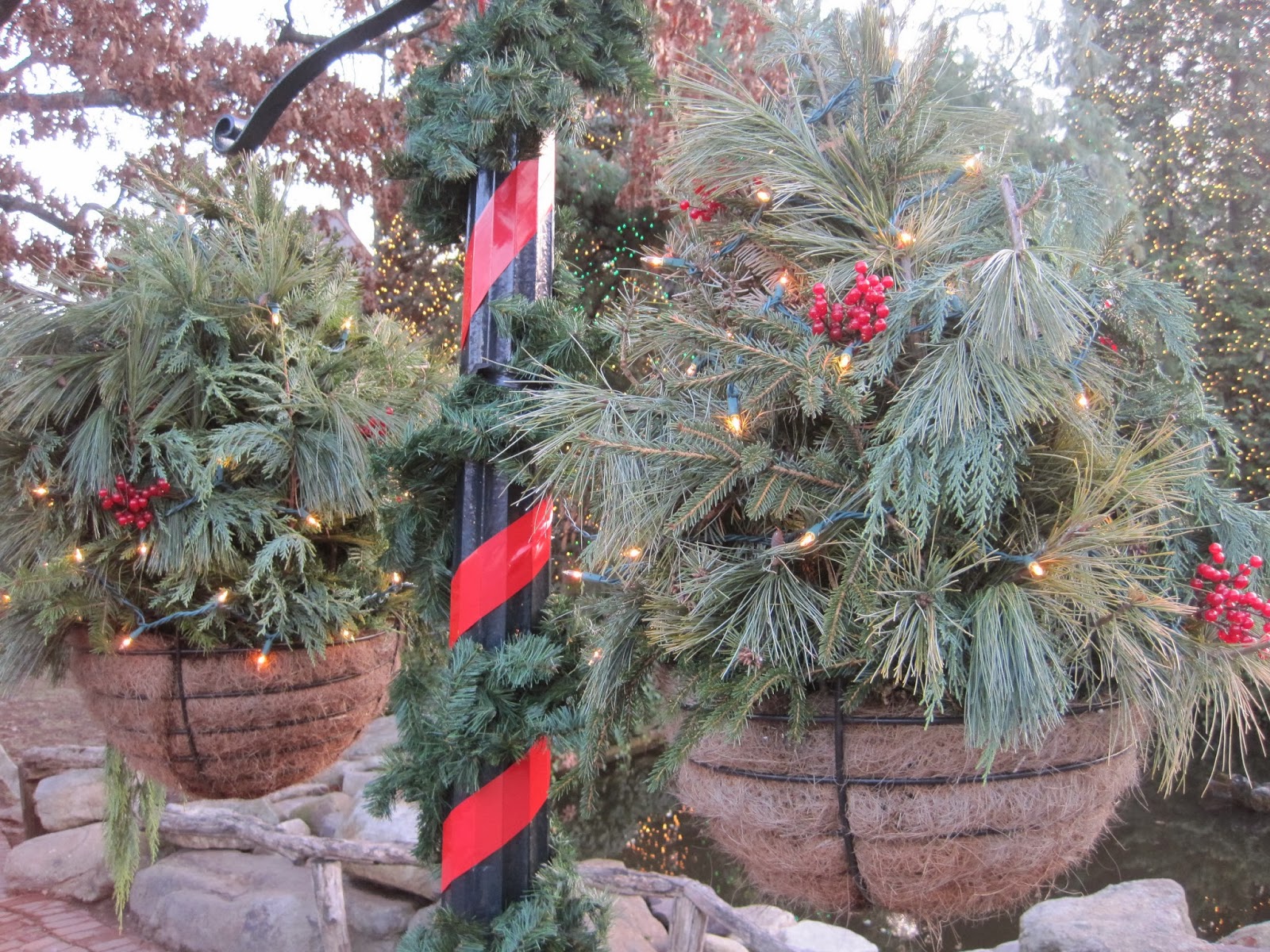 Many of the shops had a prohibition against taking photos. Many of them were so pretty and warm and bright and colorful, but I wasn't allowed to take photos of anything. I suppose that was a good thing, as there really wasn't room to stand at a strange angle to take an interesting photo of a gazillion ornaments. 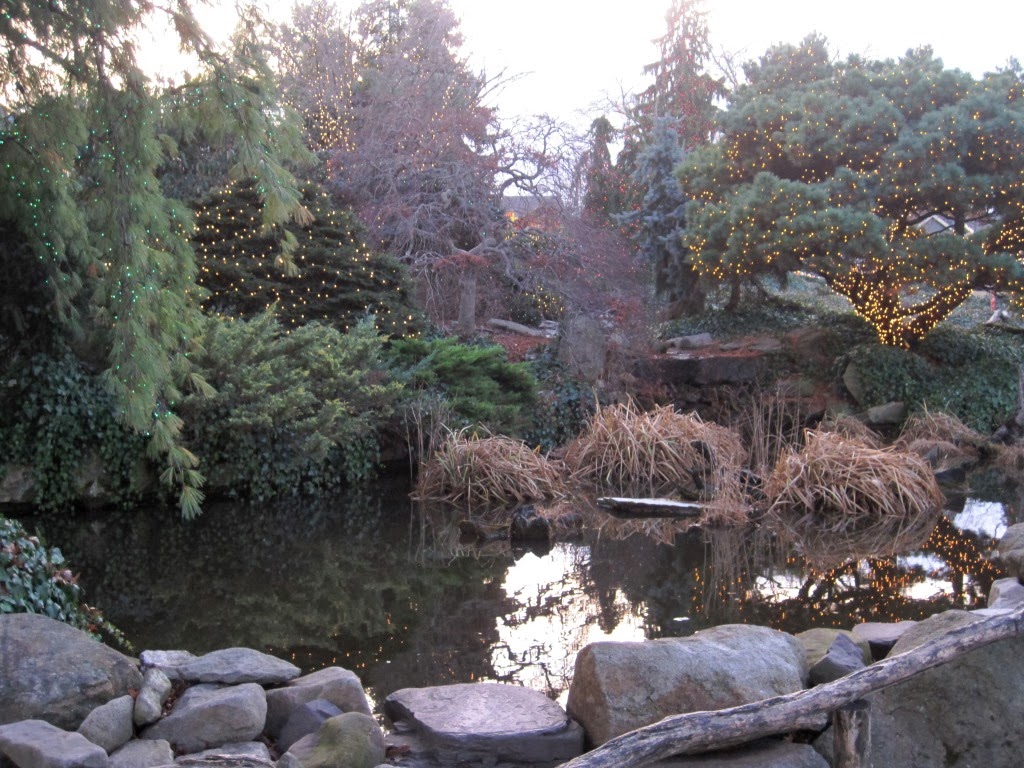 It was pretty cold compared to previous days. I think my excitement kept me warm, as I get excited like a little kid, but according to others they were freezing their arses off so it must have been chilly. 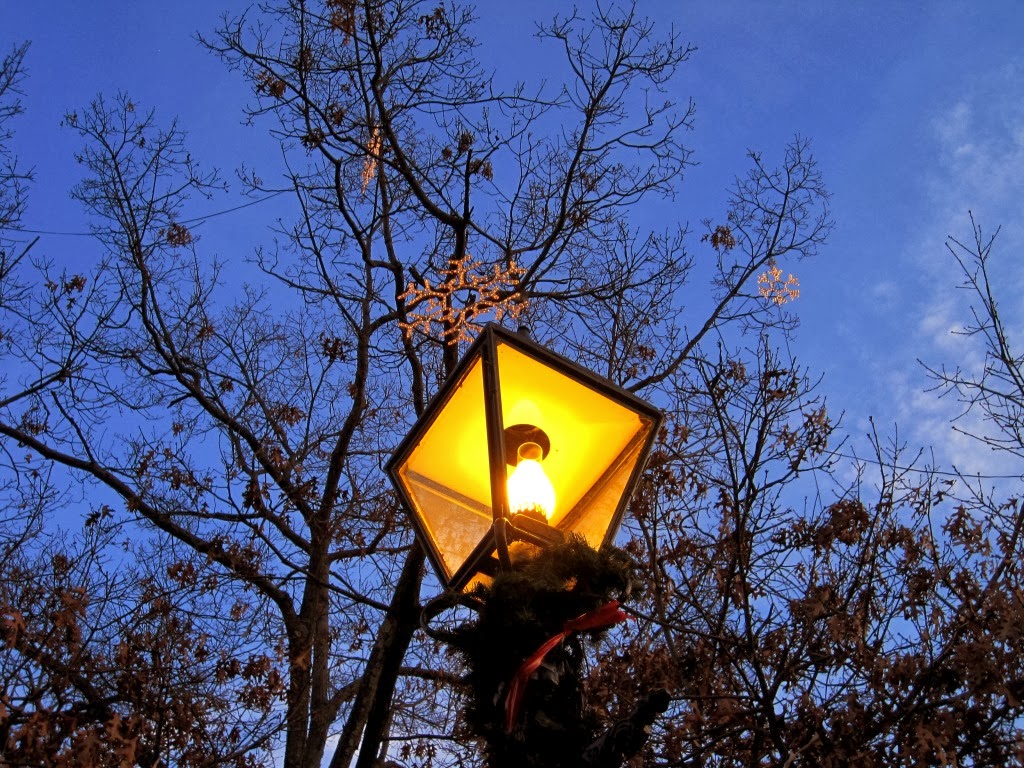 One of the most expensive shops (other than the leather shop) was a kitchen store. I got away with spending only a dollar and change on a cookie cutter. But everything else was expensive!!!! My mother was in that store a few years ago, chuckling at the fact that they had a $300 peanut butter knife for sale. There is no typo in that sentence regarding price or product. I guess I should be amazed I spent so little on something there. 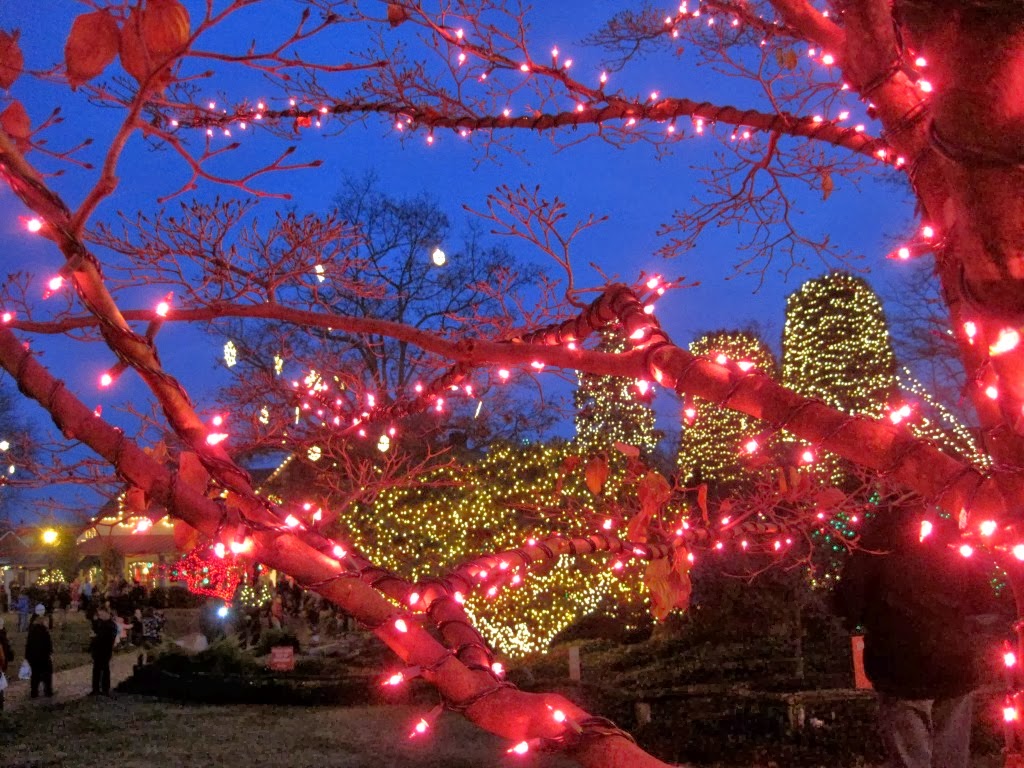 My sister and her husband and the baby met us up there. We met them after they had taken A-train to see Santa. The official report is that he threw an absolute fit. I don't know about all that, because when I saw him he was smiling and eating a candy cane... :) 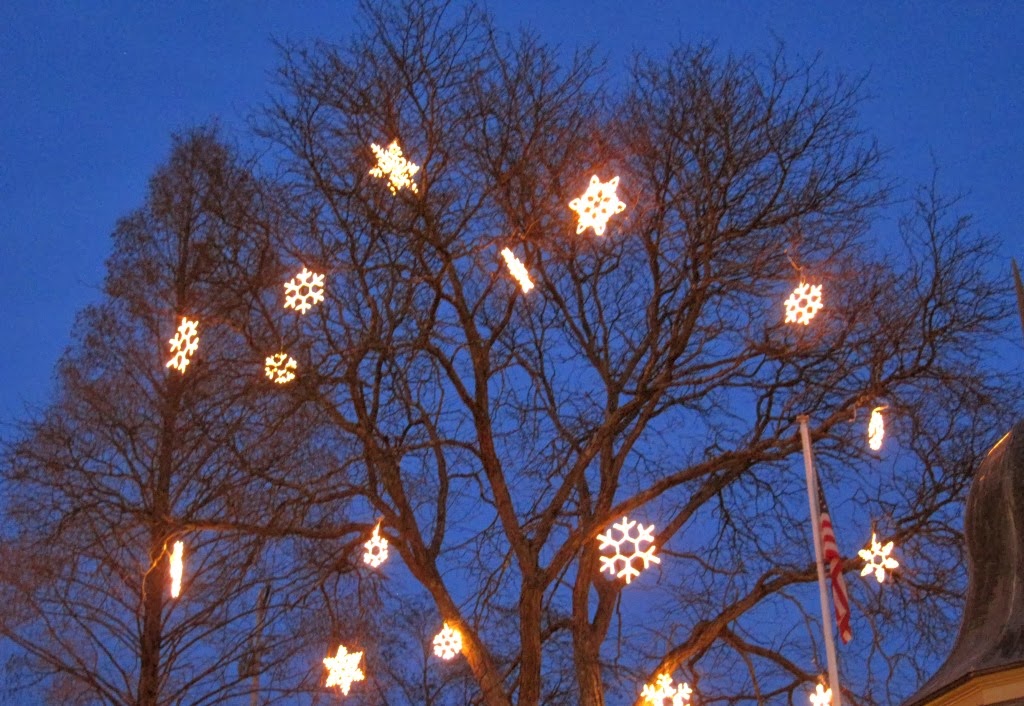 We finished off the afternoon with a lovely cozy dinner. I was quite tired and almost fell asleep on the ride home. I may have, if Alicia and I hadn't been trying to remember which Shakespeare plays are about what and which we had to read in high school. I don't even know how we started on that conversation... 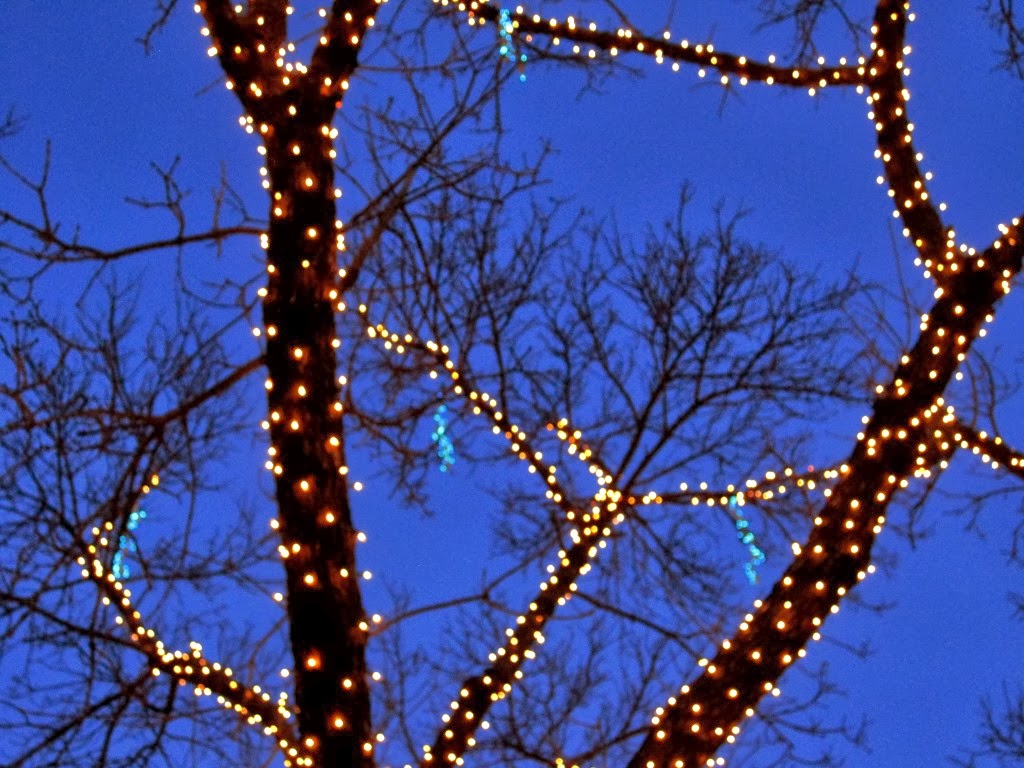 So are you wondering if I bought anything fun? No? OK, then. I guess I don't need to share.... But I will :)  My mom and I got separated from the others and went into a store that sold German crafts. They had a few gnome statues, and some nutcrackers and beer steins. But I bought a cuckoo clock. 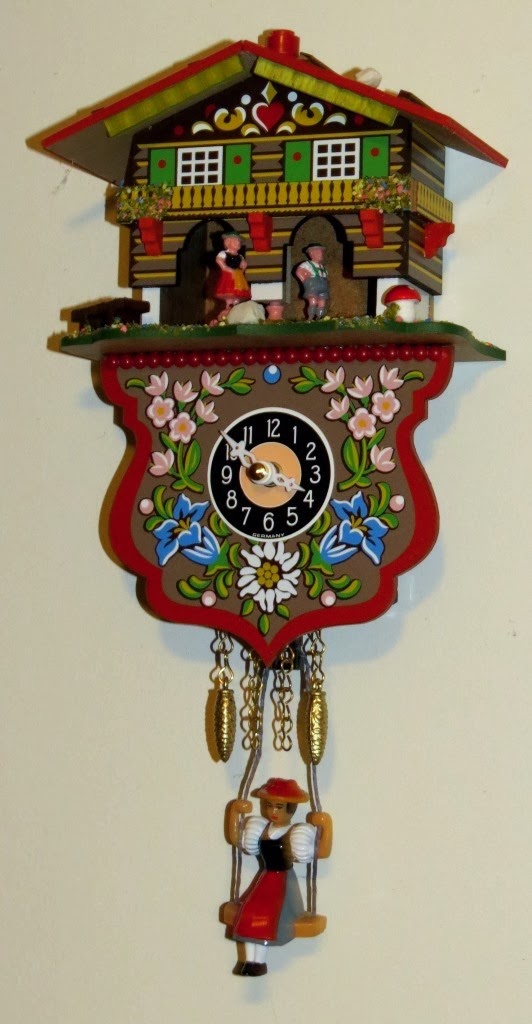 Now this isn't one of those precisely mechanized clocks with a bird that comes out on the hour (I wasn't going to be that extravagant with my money). But I loved the gingerbreadness of the little house up top: 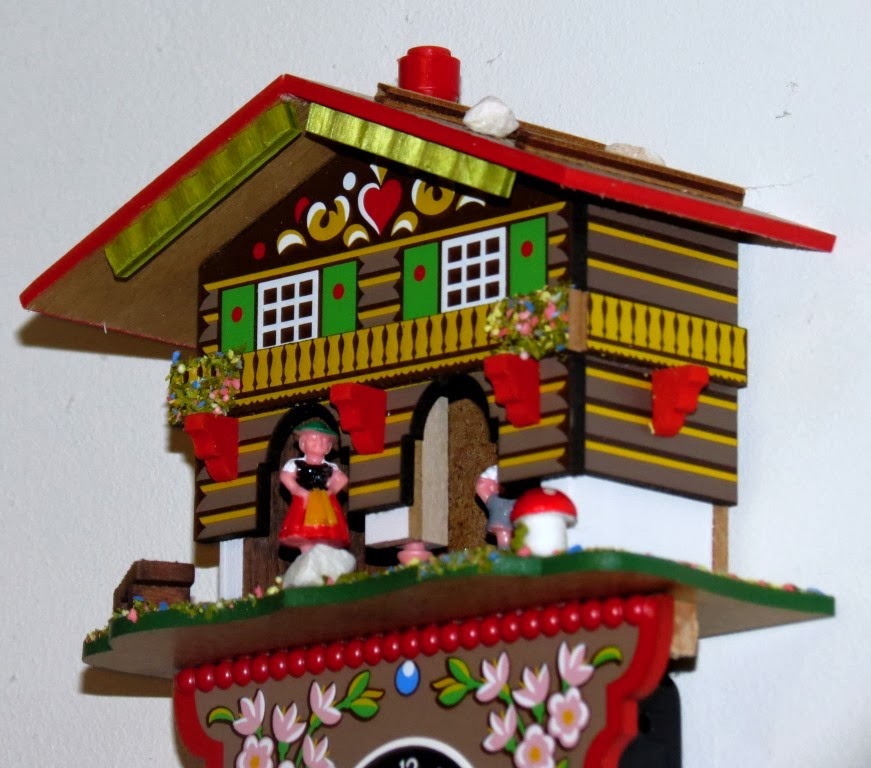 --and the folk-artness of the section where the clock is-- 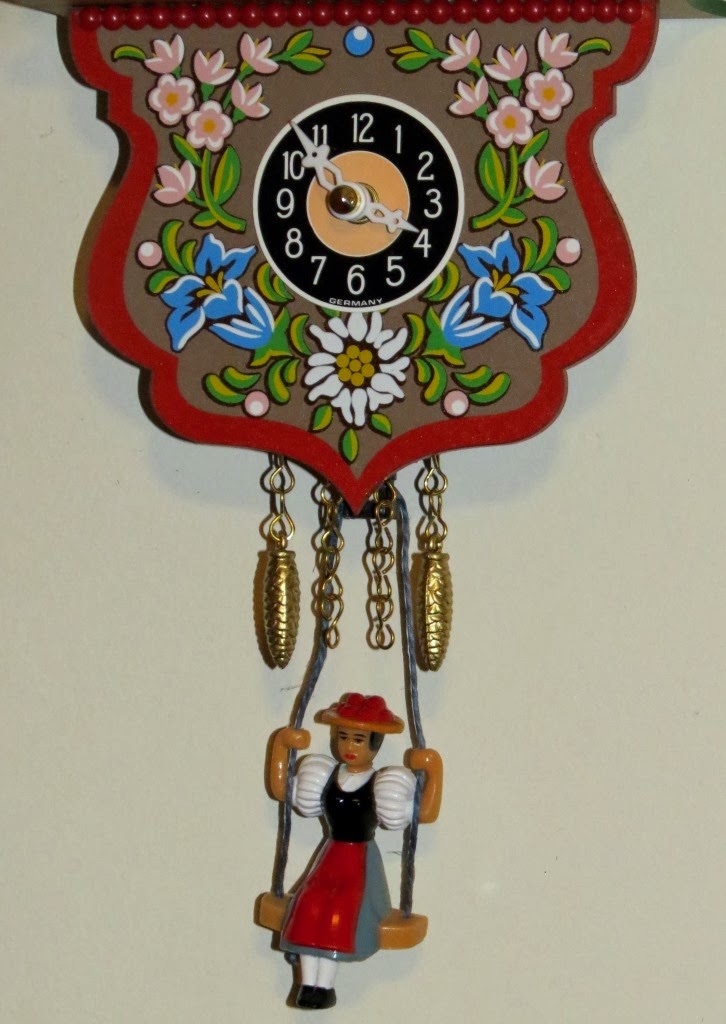 According to the sign the man and woman in the house are supposed to be predictive of the weather, but the weather hasn't changed much since I hung it up so I don't know if that's true :) 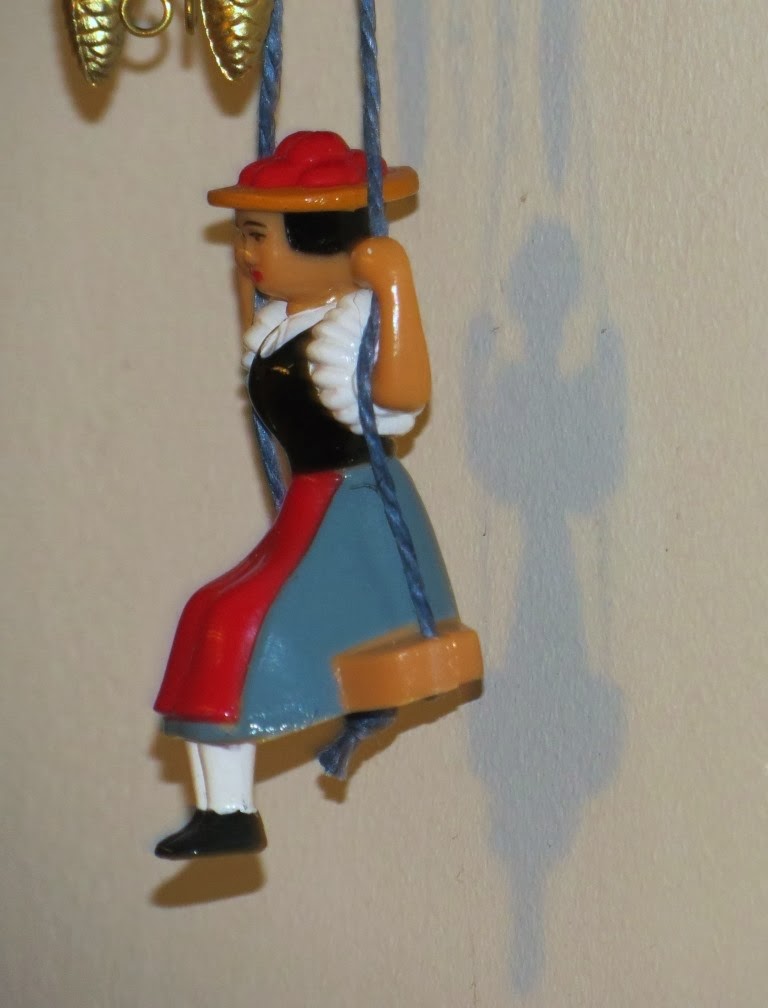 At certain times of the day this lady will start to swing, side-to-side. I thought that part might be broken and was wording an email in my head, but later that night I heard a tick-tocky sound and there she was, swinging away. As this isn't a standard cuckoo clock with a tweeting bird that pops up, I have two sound options. One is Westminster Chimes, and the other is what sounds like a recording of a cuckoo in a forest. I turned off the sounds, as if I wake up in the wee hours to that sort of noise I will surely smash this in a fit of rage and I love it, so a quiet prettiness on my wall it shall maintain. 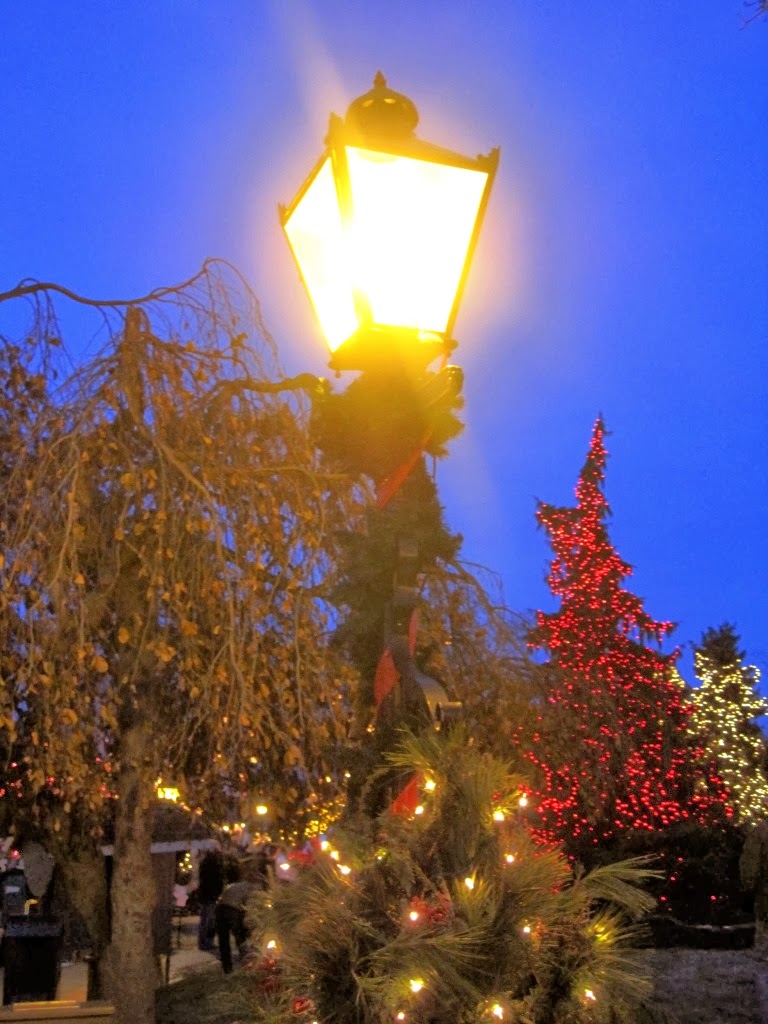 When I came out of the store I was practically skipping down the path and grinning like a fool. My dad took one look at me and said "What's the matter with you?" I proudly proclaimed (like a kid who just learned to tie her shoes) "I bought a cuckoo clock!" He chuckled and said "Oh, OK" in that way that translates to "I completely understand." I think. Otherwise it was "Maybe we did adopt this one and I'm remembering it wrong."

So what about you? Do you have any holiday traditions with your family that make you glow from within?
From the convoluted brain of Bethany at 7:30 PM