Wanna know something? I haven't made a single thing this week. I have not cut one piece of fabric, sewn one stitch, or even thought about it, really. Well, not since Sunday. I needed a little break. But I'd better get moving because my sister is asking me for a bag she wants that will match her boots in a wicked awesome way. I have to do a bit of design juggling, but nothing too difficult. And then I'm going to get started with my Christmas crafting. I feel a bit relieved since I decided not to take any more custom orders for a bit, like a weight has been lifted off my shoulders. 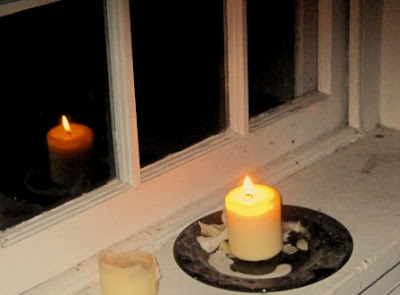 In other news: tonight my parents, my sisters and I went on a candlelight ghost walk at Fort Mifflin on the Delaware River. It's a fort built just before the Revolutionary War that is allegedly haunted. Here's the thing. I believe in ghosts a little bit. I've never experienced anything, but the over-imaginative part of my brain wants to believe that when I feel eyes on me and no one is there it's just because I can't see that someone. That kind of thing. And when those weird circles show up in my photos I get all "Ooooo!!! Orbs! Look at the orbs!" even though I know it could be a trick of the light or a camera defect (but none of my other photos have such issues...just sayin').

So off we go in the very chilly air, led by our costumed guide who was a bit dramatic and not very interesting. Even with a full moon it was still pretty blasted dark out--I imagine it's a neat place to visit during the day, though.  Needless to say (but I'll say it anyway) we didn't experience a thing. No chills, no mysterious hair pullings, no noises. Nada. We were told numerous times "Once, this other group saw such and such" and "I had a group who said they saw a ghost standing next to me" and "This room will make you feel desperately hopeless." The whole time I just felt kind of hungry. I did get some pictures with orbs in them, though: 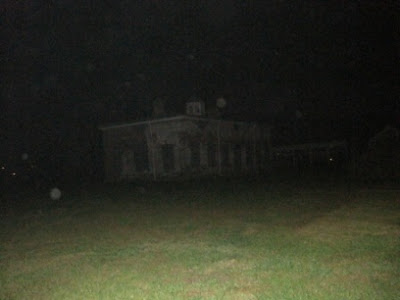 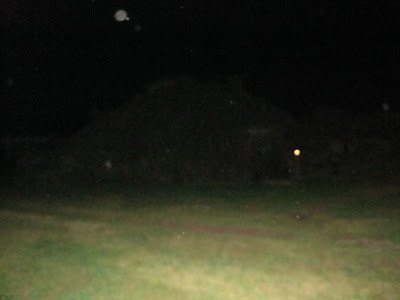 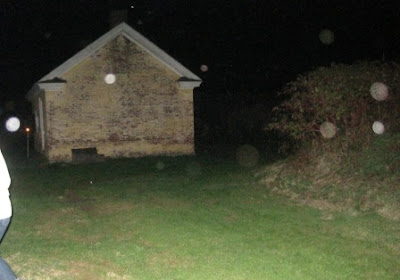 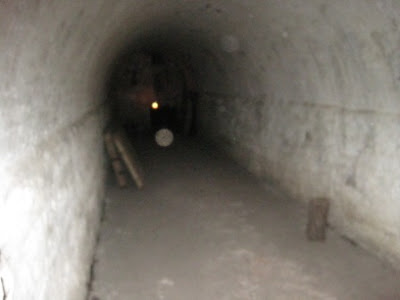 I like to think they're something, because it's spooky and romantic and fun to think so. I don't remember anything much of what she said because her speaking manner wasn't conducive to storytelling appreciation. There is one thing I have to share (because it's sewing related, haha). She was telling us that she does a lot of hand sewing as she is the Fort Mifflin seamstress, and sometimes she'll lay down her work to go tend to something and when she comes back the needle will be unthreaded, or moved to a different spot. My dad the cynic muttered "Wow. She's really scaring the hell out of me now," which caused my sister to erupt into hysterics. I was thinking "Sheesh lady, if you really sew you know how cagey a needle can be, no ghosts needed." I swear I've had them disappear into thin air (I'm sure my toes will find them one day--or my bum).

So that's my uninteresting week. Tomorrow night I am going to a haunted house and on a haunted hayride, but I'm forgoing the haunted corn maze. I hate mazes on paper--I certainly don't want a real version made of scratchy stalks of corn. And then on Sunday Z-man and I are going to try and carve the world's most awesome pumpkin. He did tell me that he doesn't want to pick it out but wants it here ready and waiting for him when he arrives. This kid is lucky he has those gray eyes and thick black lashes to demand such things of me.

Have a good weekend, folks!
From the convoluted brain of Bethany at 12:09 AM