Getting started on my rainbow

It's been an interesting week. In "helping" my sister with a crochet baby blankie she was working on, I somehow got her yarn knotted beyond comprehension. The whole thing. It was awful. This was the same day that the heater broke. It was the coldest day thus far, highs in the twenties, and we were sitting around a space heater in the living room. Very fun. Ummm...I found out I was allergic to the Christmas tree, which hopefully explains why I felt like crap for most of December, but it's gone now and I feel better. I was crap-awful on my diet, but I lost two pounds, which only tells me I ate a monumental amount of cookies at Christmas. I straightened out my fabrics and realized I may have some kind of problem. And I received my "ship confirmation" email for a gift I bought myself that I can't wait to show you (though it was a completely unnecessary splurge and I feel quite wasteful but it's been on my mind for months soooooooo......).

I've made a good amount of headway on my rainbow ripple. When I laid it out to take a picture I realized just how far I have to go with it, but I'm enjoying each row and each color. It's more of a thinker than I thought it would be, and I have probably ripped out just as many rows as I've stitched (I even started the whole thing over). But, unlike most of my projects, I aim for this to be a long-term adventure, so it doesn't matter to me a bit just how long it takes. I don't have all of the colors involved yet, so I don't know what the full repeat will look like, but here I am so far: 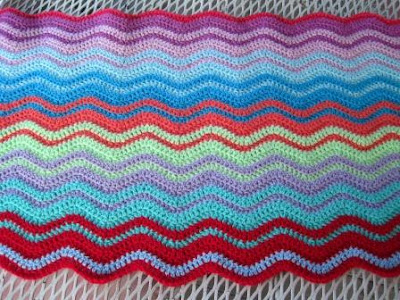 It looks much bigger than it actually is.... 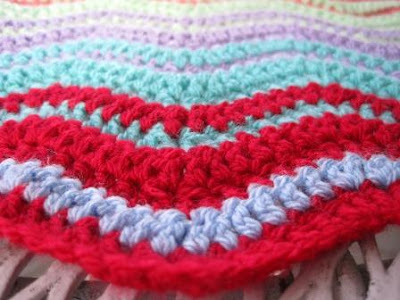 The red is my favorite. If it's not already it should be called Perfect Red. Because it is. 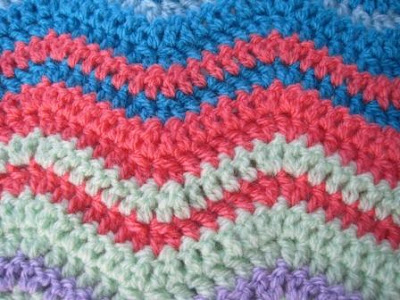 This section looks better in my head. Right now it reminds me of some neon-'80s toy I used to have. It looks much better in the grand scheme of the blanket, though. 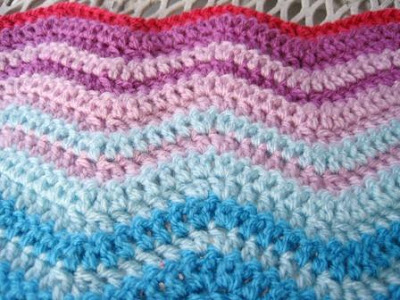 This section reminds me of twilight in winter. You know the kind--the sun is down, there's snow on the ground, and the light is soft and purple. I'm working on that hot-pink stripe now. 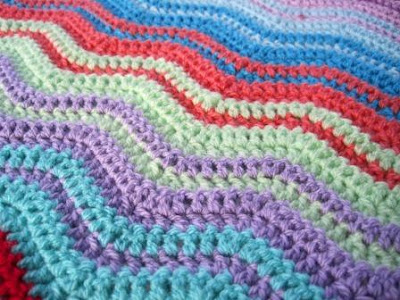 I like the interlocking stripe pattern of it all. It feels like I have been stitching for a million years, and I suppose I have been. I'd probably have a huge amount more done if I'd stop ripping it out, but oh well. 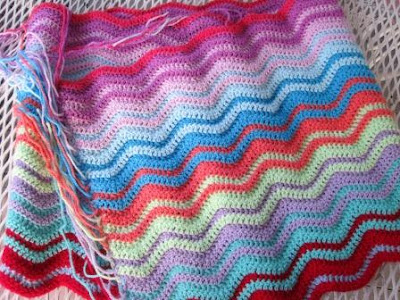 I'm trying not to think about the ends....


It's a sport-weight/dk yarn so it's nice and light, but it has a lot of warmth to it when it's draped across my lap. I have a few more colors to place and then I'll be on to the second repeat. Maybe by Christmas the whole thing will be done. I've got to pull myself away from this to sew, which is quite unusual for me.

That's about all I've got for now. I'm hoping as January progresses my motivation increases--I've got nil right now. Have a pleasant week - see you soon!
From the convoluted brain of Bethany at 8:06 PM