I've had a good long think with this one and I came up with my resolution for the year. I'm a little late with it (obviously) but late should be the new on-time anyway, since 30 is the new 20 and all that unrelated jazz... Usually I commit to the impossible - lose x amount of pounds, stop cursing, and other rot like that. But THIS year I have a resolution I can live with.

Slow down. That's my resolution. To slow it down. To be in the moment and not several steps ahead of myself.  I found myself at several points last year whining to someone that I felt so overwhelmed with orders, and things I wanted to do/learn, that I would literally lie awake at night with my mind racing in a gazillion directions over something I do for enjoyment. Is that silly, or what? So this year I am going to take it down a notch. No more rushing through things. No more racing on to the next project, even if it's still to be determined. I'm going to work on projects as they come and not worry about just how quickly they get done. Because seriously? Who's counting anyway? Just me. And it's a completely arbitrary number, just like one's age. In the grand scheme of things it means naught. 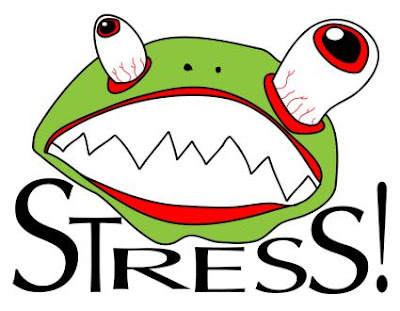 So I resolve to stop stressing. During the week I'll work on orders if I have them (and not until the almost wee hours), but weekends are for me. For selfish sewing, for reading, for rippling, for whatever my heart desires. Stress doesn't exactly lead to successful projects and joyful hobby time, so I'm going to try to avoid it. Feel free to virtually slap me if I forget and go all hysterical female on you at some point.

This all may or may not be inspired by the fact that my dentist recommended a night guard since I have a teeth-clenching-in-my-sleep issue that has fairly recently surfaced and won't go away. Did you ever wake up and weren't able to open your mouth because your jaw was locked up so tight? It's kind of panic inducing. My dad said he finds this preferable (not the panic part, the other part) because I'd talk much less.... I didn't really have a response for that. I DO talk a lot.

Since I did manage to sew up this week's quilt block I'll be back to show you as soon as I can find my camera.
From the convoluted brain of Bethany at 11:35 PM