I haven't sewn a stitch this week. I have no idea what is wrong with me. I feel absolutely no desire to sew. Usually when I feel that way and force the issue and try to sew something I end up with a lot of frustration and a mess on my hands. I figure I'll wait until the weekend and give it a crack. If I could get the one remaining bag order out of the way I would be totally free to do whatever I want. I should force myself to get there as it's a lovely place to be.

Wanna see some pictures? They're of a little cutie-pie I know... 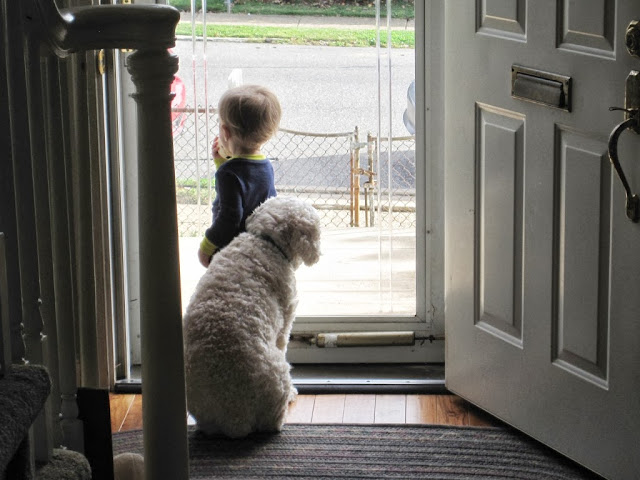 That kid loves the dog. Sometimes he loves him so much he tries to stand on him or squeeze the life out of him, but Charlie is so wonderful with him. Their favorite thing is looking out the front door and just watching... 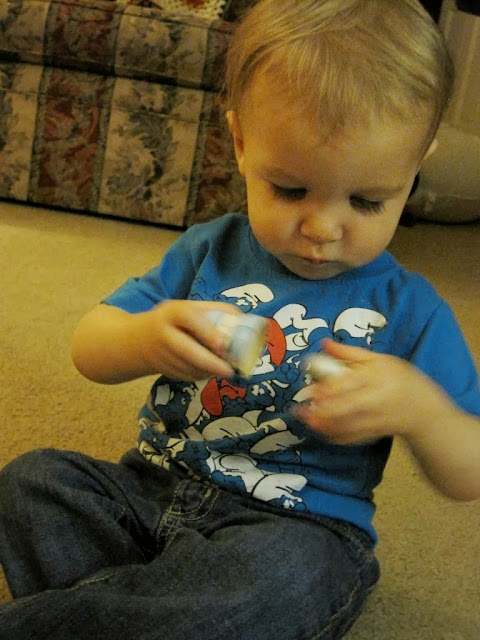 He's totally my nephew. One of his favorite toys is a cheap-o set of nesting dolls I picked up a few years ago. He will sit there for a long time, completely focused, pulling them apart and putting them back together. I'm not brave enough to share with him my other fancier sets that were gifts, but he's still occupied by this one so there's really no need for me to be too generous. I wouldn't want to spoil him. 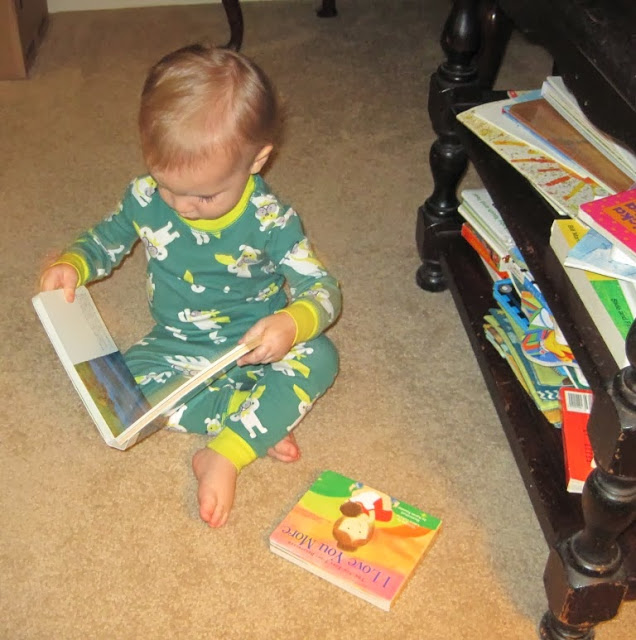 Reason #2 we're related. He will sneak away from everyone and sit and go through his books, 'reading' to himself by babbling out loud. It is one of the sweetest things. 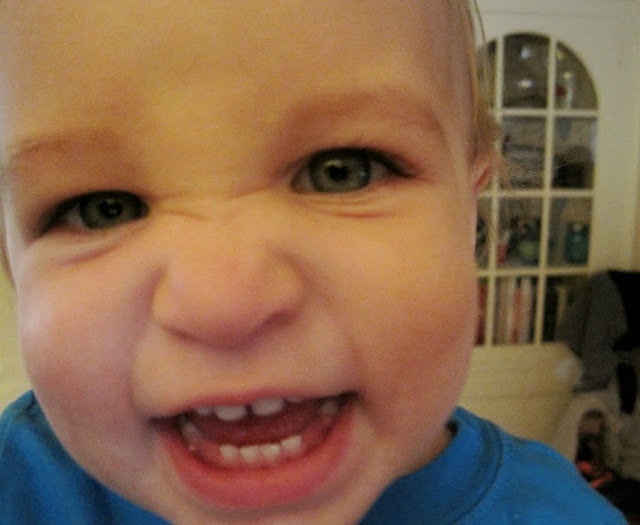 That face. Those stubby teeth. The eyes. I love it.

Lest you think I have forgotten my other favorite guy, he's a big guy now in sixth grade and he's just "really not interested in having his picture taken right now."

I don't know how you parents get anything done. When the A-train is around I just want to sit and watch everything he does, and he's not even mine. I get all "Sewing? What's sewing? I can't sew anything. I'm watching a baby pretend a toy is eating his toes." Literally.
From the convoluted brain of Bethany at 11:30 PM