Light Bulb Pumpkins: aka Thanks for Never Throwing Anything Away

You know those plastic candles with the night-light bulbs people stick in their windows at Christmas? When I was little I remember that we had a huge box of orange light bulbs that came with those things that my parents immediately switched out for the more sedate white frosted bulbs. I was the kid who wanted them to use the orange and red bulbs, but was soundly shut down in that desire. For some reason, they kept the bulbs. I know this because I knocked the box over in the attic last week and smashed a few. And in that instant I remembered something I had pinned I don't even remember when.

I don't have a picture of them unadorned, but a few weeks ago I found these branches in the floral section at AC Moore that looked like bare tree branches that had...I don't know what it was but it was kind of like flocking but a bit grittier...on them. They had different colors but I went with tan for a natural look. They were entirely too bare, and I've been looking for something to hang from them, so I set too with a sharpie, some yarn, and the old light bulbs. Actually, my sister set to with the sharpie as I can't draw worth a lick. 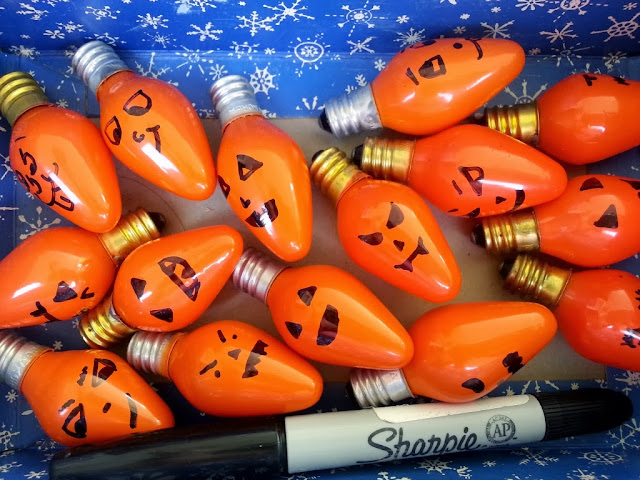 Once the faces were drawn on, I used some scrap yarn to wind around the sockets and create little hangers. 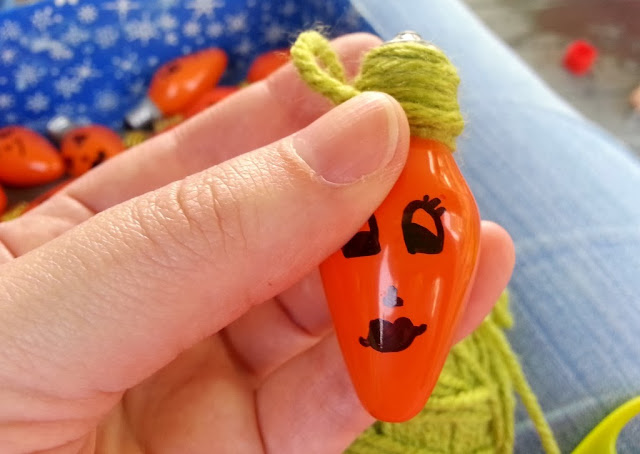 After the yarn was wound around how I wanted, I used a yarn needle to weave the end through for security and create the hanging loop. I pulled super tight to make sure they were secured, and fully expected to break a few bulbs (but I didn't, in case you were wondering). 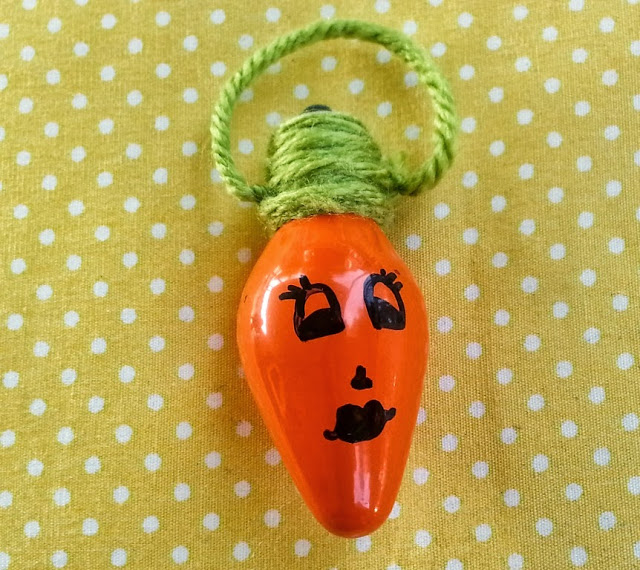 As though she hadn't helped me enough I cajoled Alicia into helping me wrap the yarn. Rachel was watching us and suggested using the same idea for carrots for Easter. Which....I'm thinking of how I'm going to do that as they are very carroty. 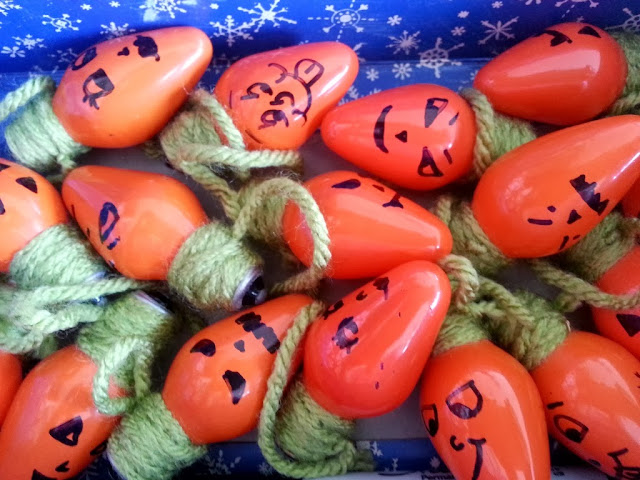 The yarn was being a pain in the rear going over the branches so I had to use paper clips to hook them on (because who knows where the ornament hooks are when it's only October?). 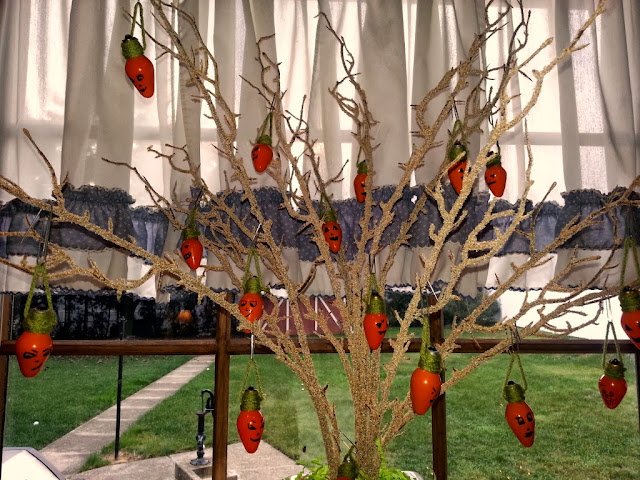 I love the way it came out. The silly little faces, the green beehive-inspired hairdos, the pops of color that brighten it up just the right amount--it's like they're a bunch of demented pumpkin ghosts. It would be a lot more fun if I could figure out a way to make them light up independently of any electrical source, but science isn't quite there yet (I think....I don't know where they are on that particular issue). 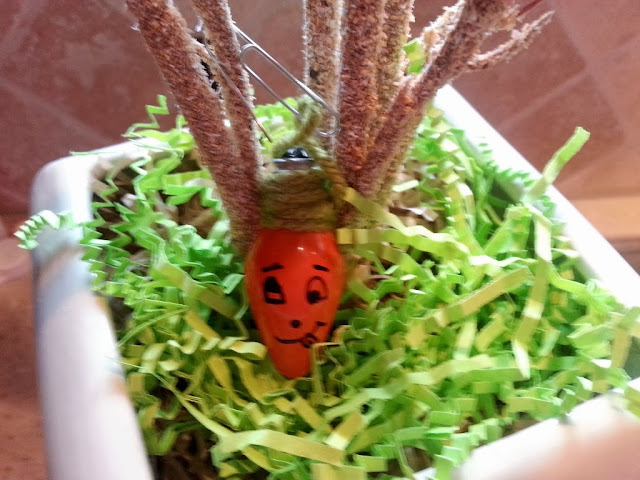 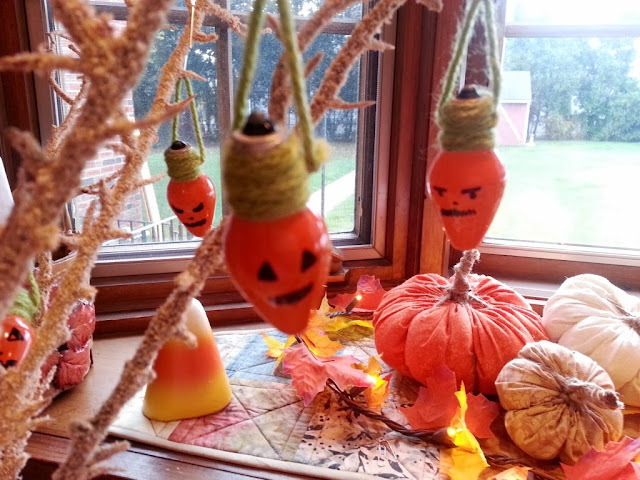 These were easy, quick, and fun to whip up. Plus totally free. And now my dad doesn't have to worry about knocking over a box of old orange light bulbs. You're welcome, Dad.

I'll be linking up here: