Well. I just got my arse handed to me in Monopoly. Rachel, Z-man and I played a game, and I thought I had a shot, but it was just a long, slow descent into poverty. Due to time issues Z was declared the winner, but he was probably going to win anyway as he had hotels on half the board. I'm trying to think if I've ever won a game of Monopoly, and I feel inclined to say no. I am really awful at that game.

This week was one of those weeks where you kind of get absolutely nothing done. I have one last bag that absolutely MUST be sewn by the end of next week, and I've got the fabrics for it and the idea all mapped out. It's just the cutting and stitching I'm having trouble finding time for... In the midst of that busy-ness where you don't get a thing done, I did get a few pics. These were all taken on Tuesday as the rest of the week is a blur and that is the only day I stopped to look around... 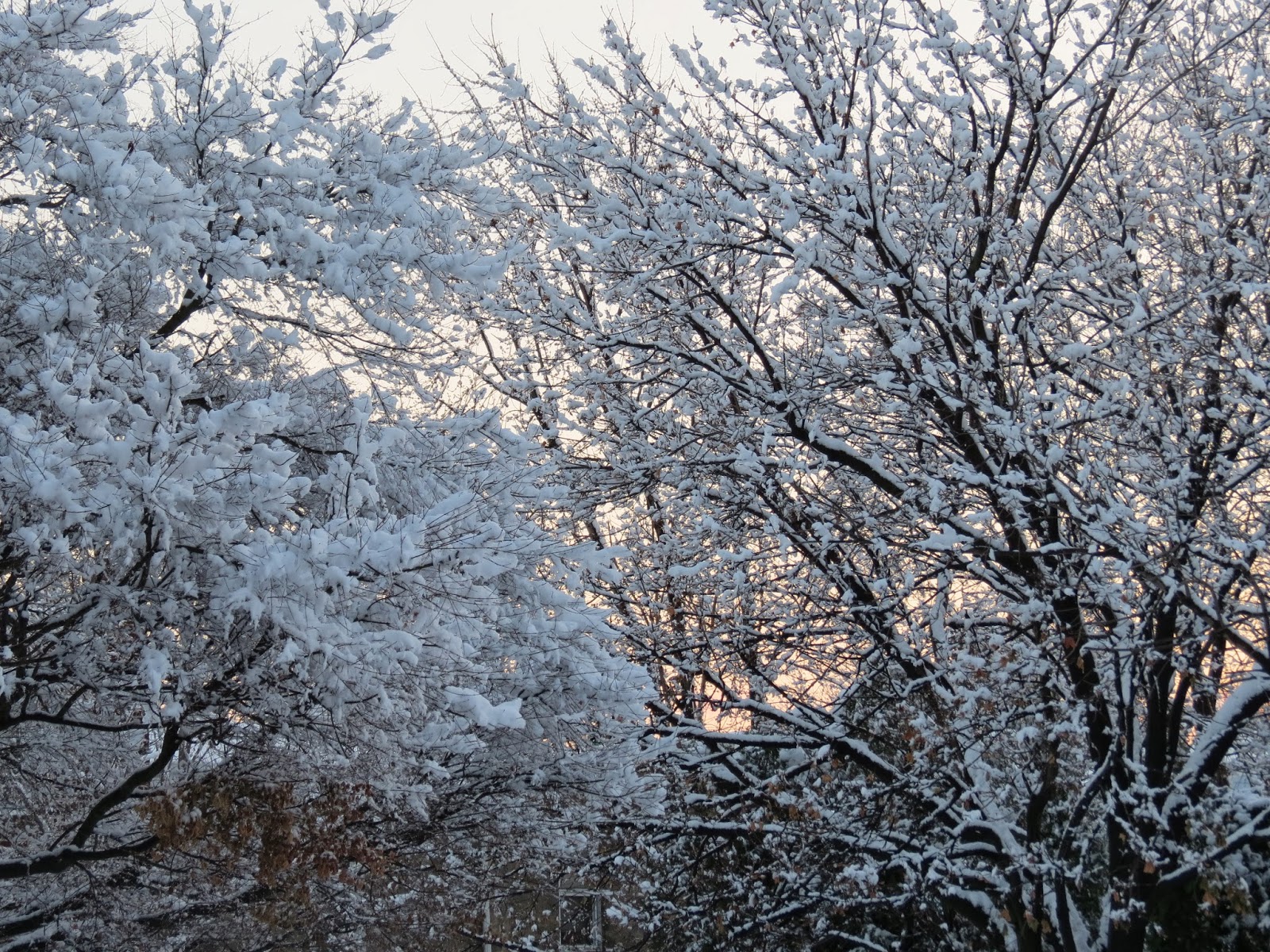 We were supposed to get a bit of snow mid-morning, but I awoke to a mess. The streets were icy and it was coming down fast (even though the snow totals were pretty low in the end). I was deciding which day this week I wanted to take off to use up my vacation days, but I figure Mother Nature decided for me so I took off. 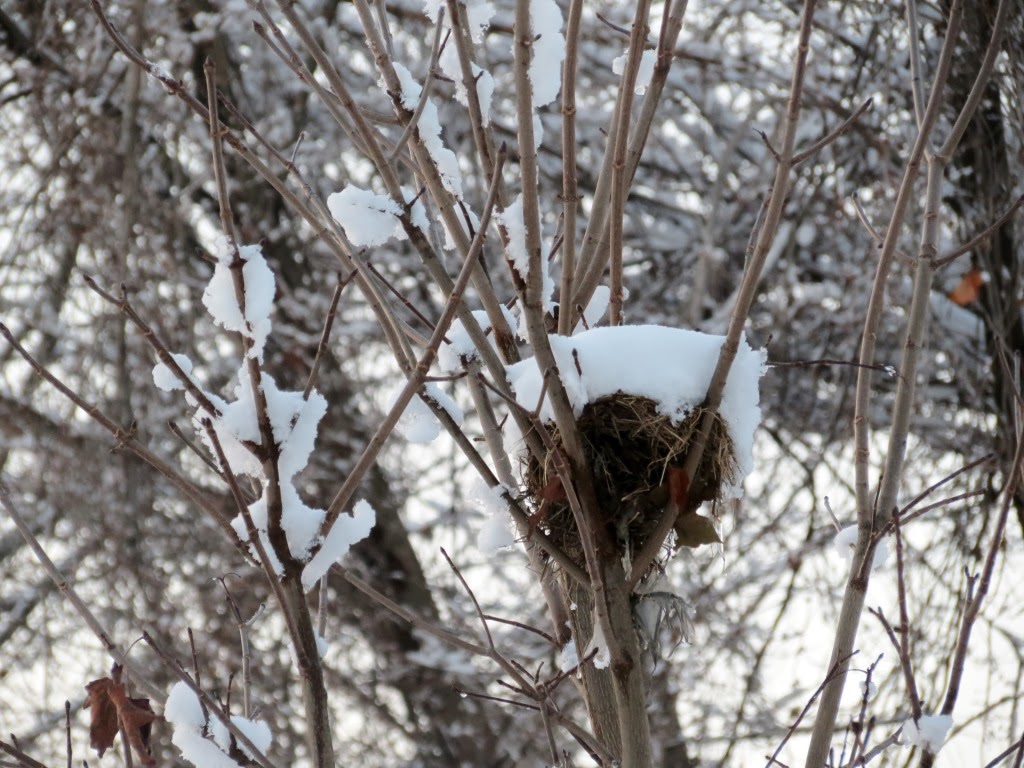 It was a fabulously cozy day. Tea-drinking, baking, baby playing, afternoon napping, gift wrapping--it was a day I needed, really. I felt totally refreshed the next day. I got enough done that I don't feel stressed about the holiday to-do list. 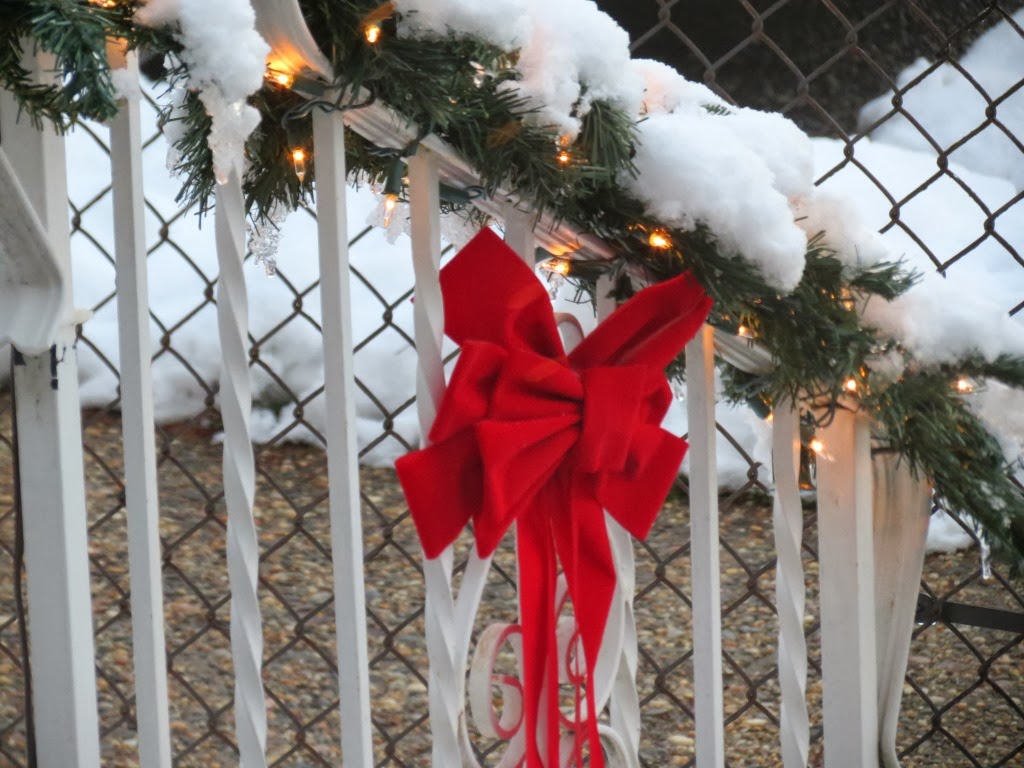 By late afternoon everything was cleared and shoveled. It has been super cold the rest of the week. Like copious amounts of tea and soup kind of cold. 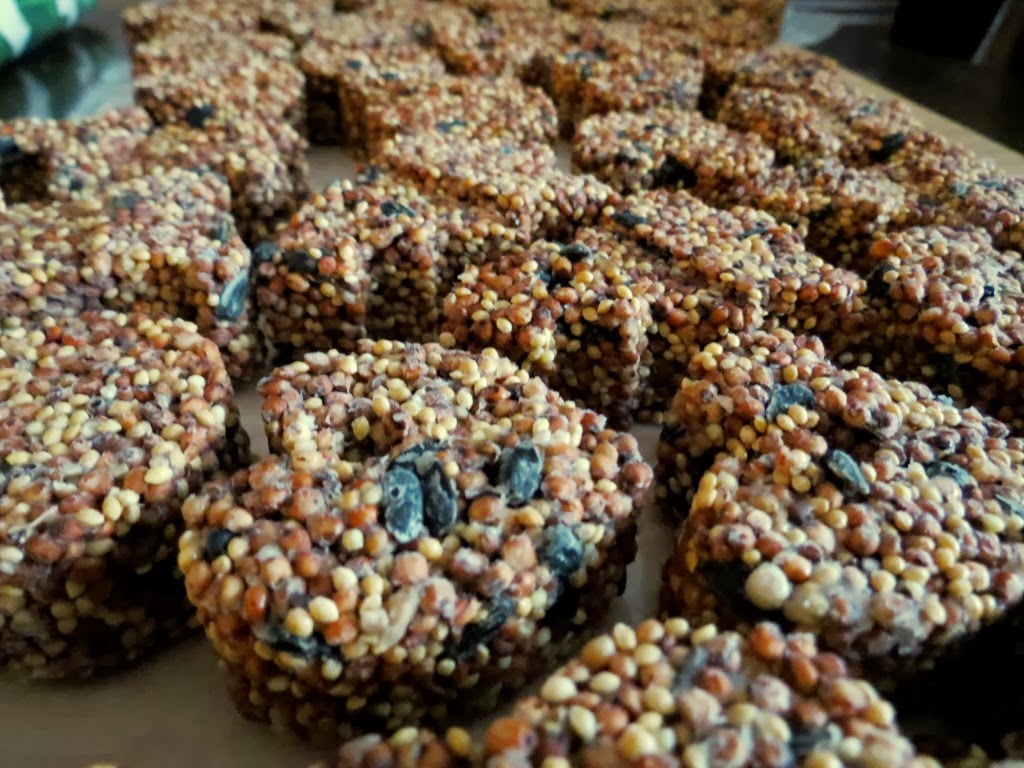 My mom and I have been wanting to make some of these birdseed ornaments ever since we got something similar as favors at my cousin's bridal shower. So we made a bunch of them while the snow was falling. Slightly messy, very easy, and the birds around here love them. There are some basic instructions here, and the same thing but a little more detailed here (this is the one we used).

So that was kind of my week. Busy and fast, but a bit relaxing at the same time. This weekend, however...I'll be stitching away. Because I'll need to get that bag done if I want to decorate that tree... Man, I love December. Have a good weekend, kids! See you soon!
From the convoluted brain of Bethany at 10:18 PM