I had a deliciously marvelous day off of work on Friday. I slept in (though I didn't mean to), had cookies for breakfast (meant to), and headed to Joann's for a slow, crafty, motivation-seeking stroll (totally meant to). I bought a few cuts of fun fabric, some sewing goodies I've had my eye on and had coupons for, and some beads for one more attempt at Aunt Ida's bells. To buy those faceted beads you need to buy at least a gajillion of them in one color. This was not an appealing option, so I was very happy when I found a bag (the only one in the store at the time) of colored "pearls." But they're not really pearls--they look more like mercury glass. I was hoping there was enough of each to coax one bell out of each color (there was - but I left the gold ones in the bag. There was enough glitz already...).

I scurried home and set up shop with some tea, some Christmassy TV, some cookies (my dad made a lot and they're too yummy to ignore), and my beads. I got a little bit obsessed... 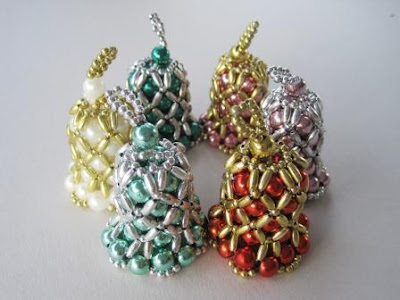 I sat there all of Friday afternoon with nothing but a dinner break. I was completely lost in the rhythm of it. At times I tried to force things through and a bead would break right in half. In some places I could make it look ok, but in others I had to unstring and restring. A few look better than the others, but they're all sufficiently bell-like to make me very happy with them. 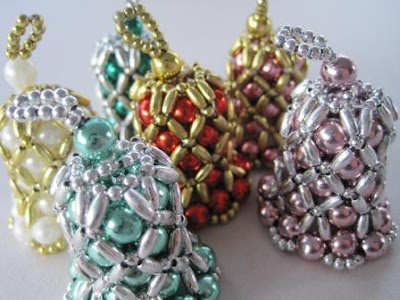 I was limited to buying silver beads (the gold beads were leftovers from the kit) but I love how they add an extra sparkly bit, and some vintage flair. 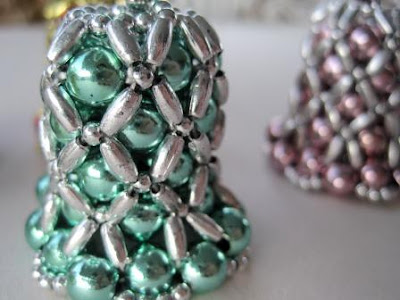 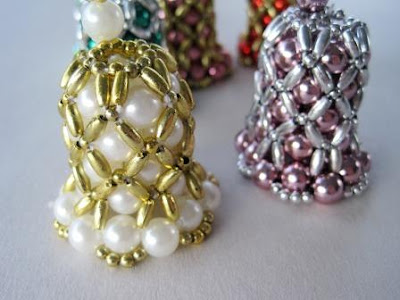 I had them all piled in a little bowl just to put them out of the way until I could finish off the ends. The sunlight hit them in just such a way that the only word to describe them is dazzling (of course I have no picture of that). 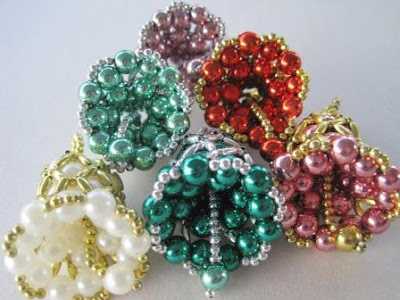 Aren't they just the prettiest colors? Even when all the loose beads were in a bowl I kept smiling when I looked at them - something so simple and silly....but it doesn't take much to make me happy.

And they catch the light just so when hung up: 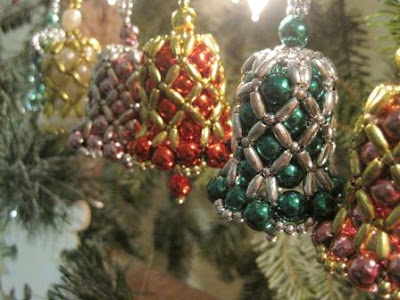 So that's my final Christmas craft for this year (and I promise it's my last bell post for a while). I have some crocheted holly bits that I had no ideas for what to do with them, so I'll leave them be and see if inspiration strikes next year. Unless I lose them first...definitely a possibility.

I'll see you soon--I'm off to see 'The Girl with the Dragon Tattoo.' I hope they didn't butcher the story...that always irks me. Bye for now!