We hauled out the holly last weekend and plopped Christmas on every last surface in the house. My favorite was setting up Sugarplum Forest. We did some shuffling around of things, and this year it is on the bay windowsill in the living room. It's quite simple with lots of random bits strewn around, but it exists as I feel such a forest WOULD if it were real. There's a lot of photos, and nothing is proportional. But it's all sparkly and pretty and that's how I like it. 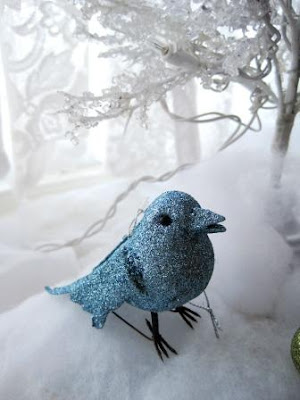 It's just crisp and wintery and clear and fresh. I waggled this bird near my brother and he told me to stop because it freaked him out. And he said he got over his fear of birds. Ha! 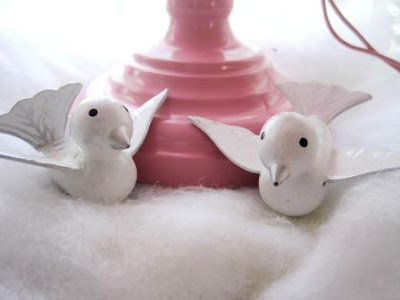 Let's just pretend these are two turtle doves, shall we? And isn't that the most perfect pink pedestally thingee you've ever seen? 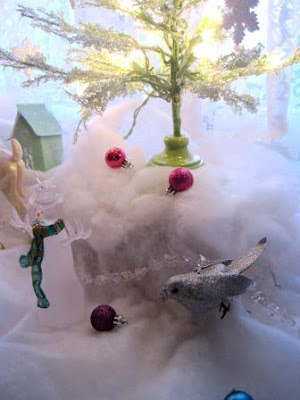 There's lots of purdy colors and sparkle and glitz. And deer butt if you look left-center.... 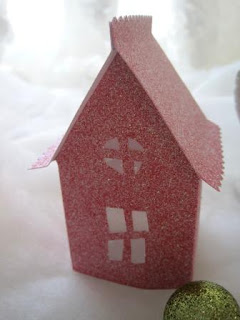 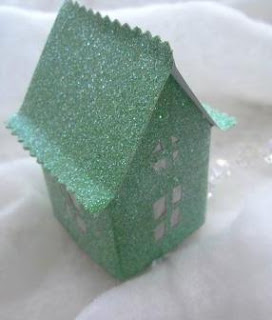 I saw these houses here for Halloween - but I immediately thought Christmas. Perfect for sugarplum elves. I found the glitter stock at Target for $1/pk of two. Compare that to $2/sheet for the super-rigid Martha Stewart stuff.

My sister doesn't totally get my complete and total love for Christmas, and how I can just sit and make MORE Christmas stuff. She walked in on me making these when I had glitter on my nose and pretty much all over the kitchen table and said...well....here's the conversation: 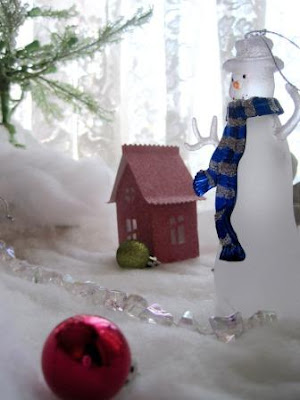 I just love it with the lights on before it gets too dark outside. 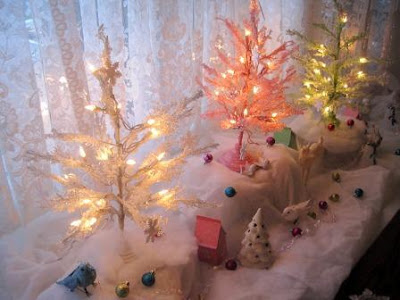 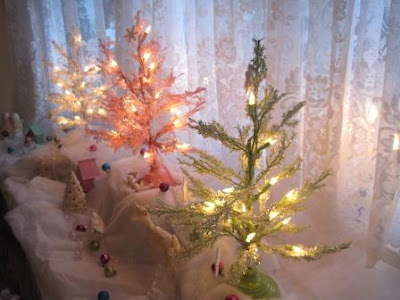 Glitter and sparkle make everything better, especially at Christmas :)
And pursuant to a few comments/emails--I'm working on writing out the afghan stitch pattern. It's easy-peasy, but I'll get you specifics mid-week (probably).