Welcome to the last stop on our tour. While most of this museum has a large amount of fifties Christmas kitsch to it, this last part is all about the oldest and most sacred of Christmas traditions--the nativity/creche. Here you can take a seat in front of this replica of Bethlehem, while a recording of the gospel plays. The whole thing starts off dark, and different parts light up as they are brought into the story. 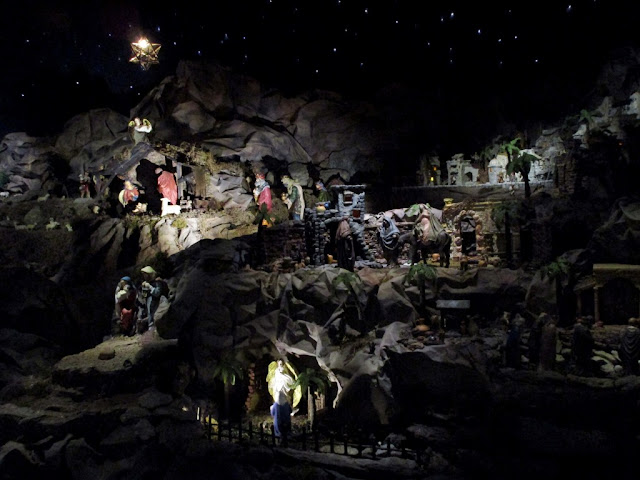 If sitting and listening is not your speed, there are numerous representations of the essential figures gathered from many countries around the world. 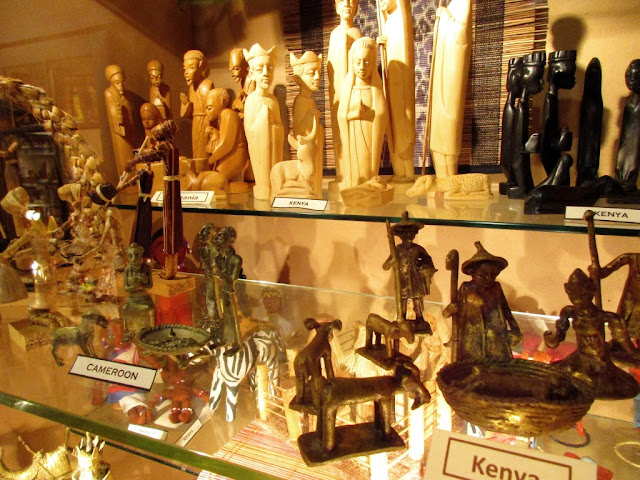 Of varying intricacy and materials, there are numerous display cases of the essential ingredients of the scene--the Holy Family, as well as the angels, the shepherds, the magi, and a few animals. Made of wood, clay, plaster (and even corn husks), many figures are made in the likeness of people known to the creators, making each one personal and individual.

The next part is very unlike the rest of the museum. Designed to look like the town of Bethlehem over two thousand years ago, there are many scenes that one may have actually come across in one's travels. 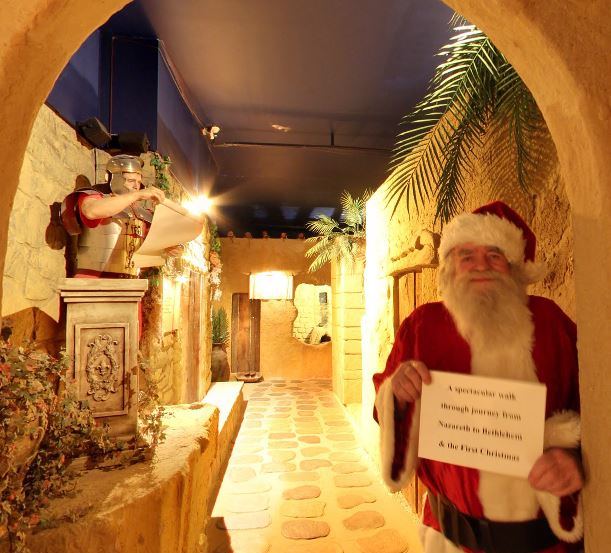 Entering the scene you are greeted by a Roman centurion reading the decree that everyone must head to town and be counted for the census (see? Government was just as annoying even then). Traveling a little further, we come upon some home scenes with some pieces that could be right out of that time period (I don't know if they are genuine artifacts, but they do set the scene quite nicely).

Many dwellings had no furniture, but utilized straw mats and other such items to serve as seats and beds. Animals were often brought indoors (!!!) at night to protect them from predators, and also to provide warmth when the temperatures plummeted. 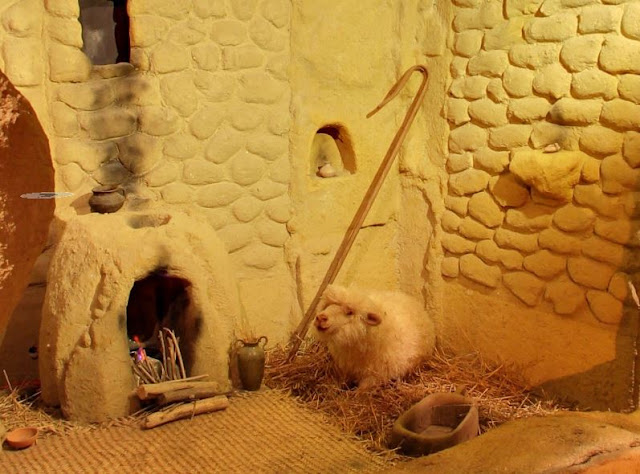 Proceeding along the winding streets, we come upon carpentry shops, and an oasis marketplace where weary travelers could rest for a bit and replenish their supplies. Musicians provide a nice distraction from the monotony of such travel. The hardships that Mary and Joseph faced during their journey are outlined in great detail. There is no mention of a stable in the gospels; most likely the scene took place in a small cave or grotto, places that would have served as a stable in the small middle-eastern town of Bethlehem. Such a place serves as the final scene for the journey that started as a trip to take part in the census. 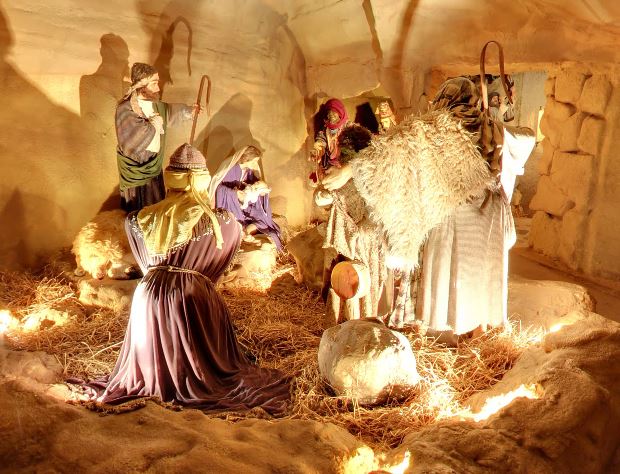 Upon emerging, we are greeted by one final scene. 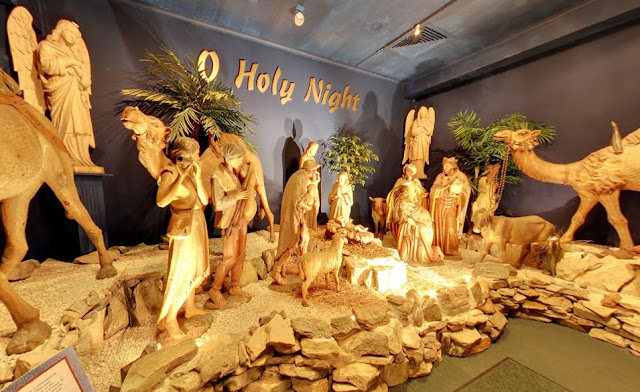 Thought to be around one-hundred years old, these three-quarter life size figures were stored in a warehouse for about eighty years. Originally displayed at Marshall Fields, these twenty-two pieces are thought to be among the best in carousel figure art. Target Stores actually donated these pieces to the museum. Each is extremely intricately carved, and quite life-like up close. If you look just left of center, you can see a bag-piper, which suggests that this display was carved by someone (or several somebodies) from the Austrian-Italian border. In Italian nativity scenes, it is very common for a bagpiper to be included. As bagpipes were used by shepherds to calm their herds, it's not a far stretch to imagine that those fellas in the fields keeping watch over their flocks were a fair hand at the instrument.

This brings us to the gift shop. If you were hoping you'd find replicas of things you saw you'd be disappointed--it's very similar to things you see in your everyday shops (which was good for my wallet, because I don't even want to imagine what could have happened if the stuff in Woolworth's was available). 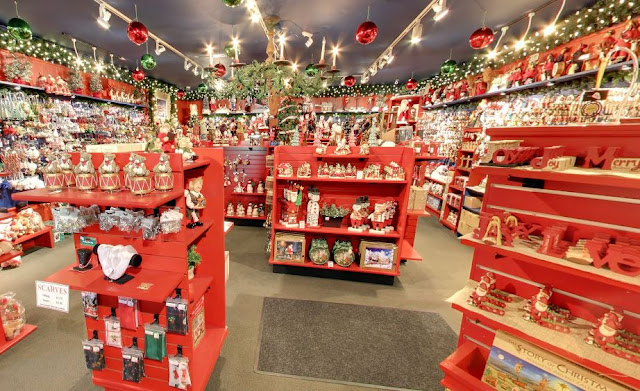 I don't know if you've enjoyed the tour, but I've enjoyed writing about my visit. Obviously I'd highly recommend this place if you're ever in south-central Pennsylvania. You can read more about it here on their website. See you soon! And don't forget to tell your friends! Or don't--this is a pressure-free zone.
From the convoluted brain of Bethany at 11:16 PM